On Writing: Two kinds of parachuting I’ll never do 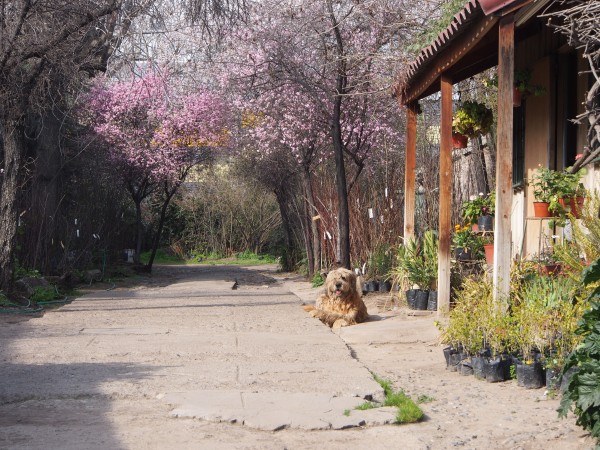 I was recently at a travel writer and photographer’s conference in Corte Madera, California, convened by an amazingly well-curated new and used bookstore called Book Passage. If you’re in the area (right over the Golden Gate), I highly recommend a stop in. They treated us well, and even threw up (not that kind of throw up) a s’mores bar when a certain editor from a SF-based newspaper whose travel section I have continually failed to get published in tweeted that it was national s’more’s day. And this was great fun, especially when both a Greek guy and a new British friend tried to squeeze three marshmallows into their s’mores, when we all know (or should know) that s’mores take only two marshmallows. The quizzical look on the British friend’s face that said, “what have I done wrong, why is there so much excess marshmallow” was not the highlight of my trip, but if the conference had been worse, it might have been.

At the conference, which was educational, though not in quite the way I expected (I expected more on the actual craft of writing, as opposed to the ins and outs of publishing, though this may be partially my fault for not applying to the workshop run by the venerable Tim Cahill), I was struck a number of times by the fact that most travel writers are writing about places they do not know particularly well. They will have desk researched them, found a local (or maybe an expat) on the ground, and whirlwinded their way through what they think are the “must-dos” during a quick visit, and bungee back out of the city/town.

This is not for all writers, nor all publications, but it happens more often than not. And I guess it shouldn’t bother me that much, but it does. One of the main reasons it bothers me so much has to do with the fact that I have yet to place a major story about Santiago. Santiago. My backyard.

I was talking recently to a friend of mine, an adventurous, food-loving sort who also happens to have her own PR company, representing many hotels both in Santiago and in the provinces (in touristy areas). She was telling me of a magazine editor who specifically prefers not to work with people who live in the cities they are writing about. And I took exception to it. Who better to write about Santiago than me? I have been looking it it, living in it, breathing in its fumes for nine years. My friend who works in PR seemed to agree with me, noting just how many writers parachute into Santiago and don’t get that Bellavista is one word, not two, or whose articles feature the (now defunct) cable cars or photos of same going up San Cristobal hill (which they no longer do). My personal favorite, which I have been able to find again, noted that there were two kinds of empanadas, de pino and de de horno. Pino is ground beef, and a common empanada filling. The second is a bit trickier though, as the way it was written makes it sound like there are tiny little ovens inside the empanada. It actually means baked in the oven. Because in the cooking context, de can mean many things, from, as in from the oven or from someone’s kitchen, or of as in made of.

But if you don’t speak Spanish, you might not know that. And what else wouldn’t you know how to explain about the city? On Saturday, a friend putting together a radio program for a very fancypants magazine interviewed me to talk about it (specifically, the way commerce works here with all the similar stores clustering together). I surprised even myself about being able to name about ten different streets where stores specialize in one thing or another.

But is knowing how commerce works, and what’s inside empanadas important?

Maybe. Or maybe not. Maybe it’s not about what you find out, or already know, but how you feel about something or someplace. Cursory observations of Latin America based on first glances, desk research, and United States-specific expectations might no longer be my forté. It may be that I just don’t see what you see anymore.

I thought about this when I was in Paraguay. For example, in Villarrica, the bus station is close to the center of this small city. It kind of fans out on one side, and in the space between the building and where the buses stop to pick up and drop off passengers, there’s an informal market. At this informal market, people sell clothing and hats and accessories, and things you might need for a bus trip, sandwiches, the dreaded chipa (only dreaded because of how often I ended up eating them), drinks, socks (not a typo, there were a crazy large number of people selling socks, on and off the buses. Business was brisk) or whatehaveyou. At the bus station there were also a few yuyeras, women who grind together the herbs of your choice for you to mix in with your tereré, a cold version of mate drunk in Paraguay.

So, people sitting, standing, offering, talking, mortar and pestling, selling at a bus station in a town you’ve never been to.

How does it look?

To some people it might look dangerous, having heard how bus stations in Latin America are a good place to get something stolen (goodness knows that’s true in many places in Chile). The bus station might also look unsanitary. While I wasn’t lining up to buy pre-made drinks from open topped plastic pitchers, there really was nothing wrong with the place. In fact, people from nearby shops came by to get lunch or a snack (or some socks), making the area behind the bus station sort of an informal plaza, a gathering place for people to catch up on the latest, or talk sports or politics or about the weather. When I was there it was uncharacteristically cold, so this came up quite a bit.

So what’s missing from my description of the bus station? Was it not dirty enough, or frightening enough? Were people not speaking to me in a language I don’t understand, and so fast that even if I did, I wouldn’t get what they were saying? Did I not feel threatened? Was it not frustrating enough to try to buy a bus ticket for the following day, what with the confusion of the 24-hour clock as opposed to the 12 hour one? As a fluent Spanish speaker, and person who’s lived in Chile for 9 years, you’re going to have to try harder than that to get me to maravillar (marvel) at how your bus station functions, looks, smells (surprisingly, like ground up lemon verbena and mint) or sounds. I still appreciate it as a place that is not within the comfort zone of many US-born travelers, but my judgement call is that this particular bus station is a healthy place, where people move in and out as they come to buy or leave to go back to work, and a dozen middle-aged men sit, leather bags full of money at the ready, to offer to buy your dollars (or Argentine pesos, or Brazilian reales) to trade to guaraníes, in plain view of everyone else, and without ripping you off.

Is that not enough? Do I have to be uncomfortable or surprised to write about a place?

I don’t think so.

Is that what people want to read? Do they want Tim Cahill waiting at the bottom of a house in a tree in Irian Jaya, thinking about how the mosquitoes biting him are probably malarial? Well yes, of course they want that. Everyone wants that. Tim Cahill is an incredible writer who’s been to places very few will ever go, and is personable enough that he asked me if I can actually understand Chilean Spanish because when he and his late wife were in Chile, it was rough going.

So let me regroup, since most writers of us are not Tim. Do readers really want a person who skims the surface to bring you what’s been brought to you a hundred times before? In Santiago that’s the Cerro San Cristobal-La Moneda- PreColumbian Museum (closed at the moment)-, Museo de La Memoria, Vega Market- fancy shopping and malls-eating at El Hoyo-circuit, nearby wineries, trip to the coast (and two of these only newly, and related to Anthony Bourdain’s visit a couple of years ago). Bostezo (yawn).

Or do they want the view of someone who loves this place like a pesky older brother, who spent an hour discussing the eventual re-upholstering of chairs at a little store in Independencia, on Friday, where she took a photo of a peaceful yard/plant nursery and dog that look nothing like the rest of this industrial area, because it was pretty, and she knew it was fine to take out her camera? Or whose joyful experiences over the weekend included a long walk around the Bio Bio flea market, in which she picked up yet another old postcard (of Volcán Orsorno) and yet another book on Chilean slang (this one of dated terms). She went with a friend, kibbitzed with the book stall owners about books and recycling plastic bags, and about how Alberto Montt, an Ecuadorean-born Chileno-Ecuatoriano graphic designer/illustrator who lives in Chile and is best known for his comic panels also illustrated a children’s book? Or who then poked at old enameled kitchen items, saw DDT for sale (she is not kidding), and found a Mexican restaurant where she had lemon cucumber ginger juice, and her friend had the most intense passion fruit juice (blended from scratch) that either one of them had ever tasted, and the tacos weren’t bad, either?

Not adrenaline-filled enough? No taxi drivers telling us where to eat, or curious children pulling us by the sleeve, silent, wise strangers looking on while we bumble?

So yeah, Book Passage was great, but I’ve got a lot of thinking and parsing and figuring out how to make this work better, all the while winnowing out the difference between “can’t get” and “don’t want.” Don’t get me wrong. It is possible to go to a place and get under its skin or let it get under yours and do some research and ask good questions and write a piece. Palabra clave (key word)=possible.

And I will keep writing. And keep pitching smarter and to publications that are a better fit, stories about Santiago, and other places I hold dear, and hope to get to places and talk to people and try to put my finger on the pulse and keep insisting on writing about places I really know, even if that’s not the done thing.

I hope that I personally never parachute, neither figuratively, popping in and out of places I don’t really understand, and then writing about them, nor literally, actually hanging from twisted cord that attaches me to a giant, colorful sail. Because those are things I definitely don’t want.