Don’t forget to turn your cats off, a linguistic lesson from Chile 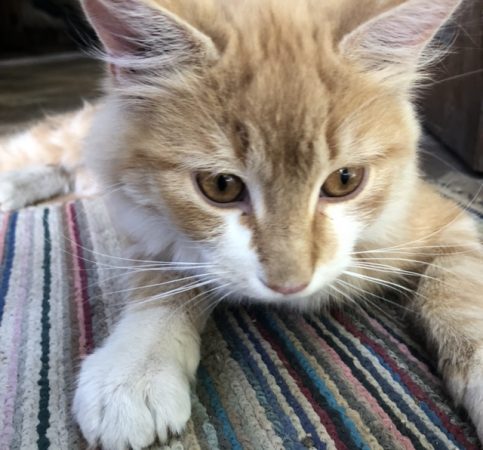 I thought I knew about cats. (not my cat)

I thought I knew about cats. Yes, cats. After 15 years in Chile, surely I know enough not to look for their fifth foot, from the expression “no buscarle la quinta pata al gato,” which means to keep on looking for an explanation for something when there is none. I also knew to be aware of someone passing a cat off as a hare, as in “que no te pasen gato por liebre” which means don’t be fooled into thinking something is something it’s not.

I also knew that to be “pal gato” means to be in terrible shape, kind of falling apart, in the case of a person. How was the hike? Quedé pal gato would mean I felt exhausted, unable to move. Could also mean in a bad mental state. I knew about giving (or maybe hitting) the cat with the stick, from “darle el palo al gato” which means to have great success in business (assuming you are not the cat).

I even knew that August is supposed to be when cats go into heat, and so people associate August with cats. What I didn’t know that was you could turn cats on.

The other night, I was out dancing salsa, and it was time for me to go home. I was waiting outside with a friend for my Uber (Uber is not legal in Chile, pay no mind, no one else does)  to arrive. I had requested it from deep inside the building, which sometimes means the driver will end up a short distance from where you are rather than exactly where you are. I thought I confirmed the right place, but he wasn’t there. Yet he said he’d arrived.

I didn’t see him. I explained where I was and what I was wearing, he explained that he was close, but he wasn’t sure where I was. But to clear things up, he said he’d turn on his cats.

“Enciendo los gatos“. (yes, the period goes outside the quotation marks in Spanish)

Immediately, what came to mind, was two cats sitting on his roof, one orange, one black, with glittering eyes. I also thought for a moment that me meant somehow the baliza, the rooftop lights that police cars have (what is this called in English, I wondered at the time, and I still don’t know). But Ubers don’t have balizas. But they do have cats.

“Que dice el Uber?” This was my friend asking what the driver had said.

“Oh,” he said, looking for the car, as if no one had said anything about cats.

“Do you think I know what cats are?” I asked.

Of course. So I found the blinking cats, and therefore my Uber and got inside and laughed most of the way home. Cats!

*I have since been told this is a really old-timey expression. The driver used to live in Chile Chico, so who knows if maybe it’s stuck around in deepest Patagonia for longer than around these parts.

**Also, don’t forget to turn off your cats. You’ll drain the battery.