I’ve got a purseful of ginger and cilantro, an embarrassment of riches/feria haul

After a truly mind-bending trip to Aysén, the far, lost south of Chile (yes, again, yes, I am that lucky), on the Carretera Austral, way down to Chile Chico, where burgeoning fruit trees literally line the streets, but vegetables are harder to come by for roadtrippers, I made my first trip back to the feria here in Santiago.

And it was so full! so festive! so busy! so international! and so many choices. In the way south of Chile, in towns like Villa Maniguales (see photo below), the question is not “which lettuce vendor’s wares shall I choose, and further, which of these lovely heads of lettuce is the best one for me,” but instead, “hay lechuga?” (fig: do you have lettuce? lit: is there lettuce?). Results may vary, as does the shifting light in this part of Aysén. 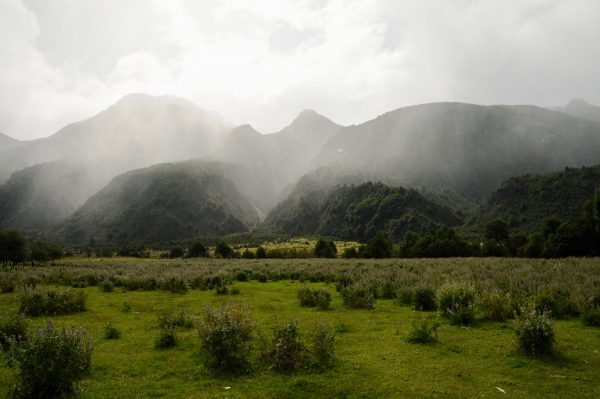 And so to celebrate, today I bought and bought. Not much fruit, because I ate loads of fruit, between Chile Chico’s plentiful public fruit orchards and other opportunities, I wasn’t craving fruit. I also ate a crazy lot of watermelon in an area called Tapera up from Villa Maniguales (as seen below, hand of a motoquero, not mine), where I was accompanying some enduro motorcyclists on a jaunt that included delivering gasoline and beer to some faraway cabin-dwelling lumberjacks, chainsawing a giant tree trunk that had blocked what it turned out was not the “road” to where we were going, and the use of an ATV to winch the support vehicle truck up a particularly slick hill. There were so many things on this trip that I did not know were possible (See: smaller vehicle winching larger one, but given the coefficient of friction, which was approaching zero for the truck and quite good for the ATV, I guess that makes sense). 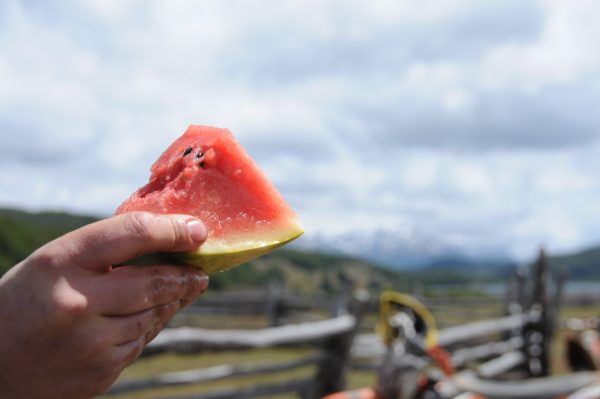 And while I am so happy to have gone, and so eager to go back ASAP, and for longer, a feria visit in Yungay was just what the doctor ordered upon my return. I brought home 12.5 kilos ( 27.6 pounds) of vegetables, which, coincidentally is the approximate amount of bread I ate while on this trip, which is not the fault of the south, but the fault of very long days of driving. I also ate other things, like this grilled trout in Pucón, made in a homemade bbq the likes of which I have never seen. Part gas canister, part school desk, part rebar. Two wire grills wired together for easy flippage. Genius knows no bounds. 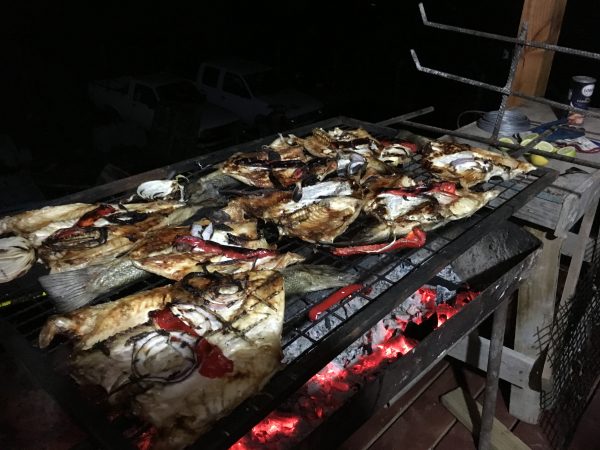 Also, feria: you maybe want a photo and prices, as is traditional in ye old haul? I can arrange that. 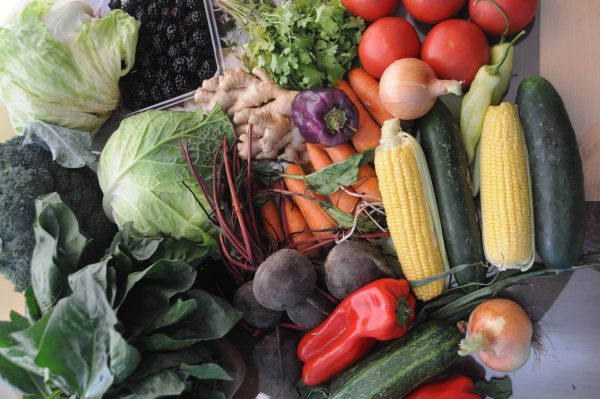 Not shown (and priceless), a señora at the feria explaining to two Colombian shoppers (upon their request) how to make pebre, which is kind of Chile’s national salsa, eaten among other times, on bread before the meal (instead of butter).

And then, because it would be criminal to end this post without a photo of my dreamed-of-lake, Lago General Carrera, I leave you same. I literally imagined this lake before I ever saw it. Love. 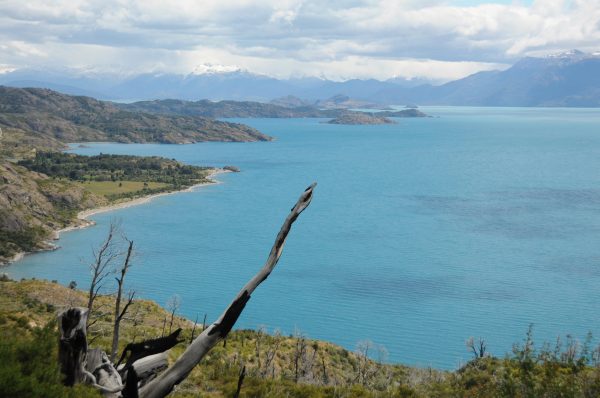 Welcome home to me. What a way to start the year.