The Joy of a Springtime Feria Haul, now with fennel! 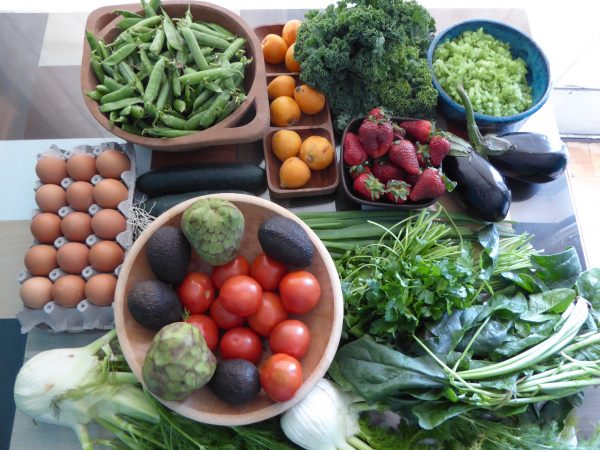 For those of us who shop at the feria, as opposed to the supermarket (though I do supplement there occasionally), one of the greatest joys is the arrival of new fruit and veg after the apple/orange/anemic tomato winter. The first time I start to see “my” summer fruits and vegetables, it’s like I can’t believe my luck. Everyone was happy and awesome at the feria today, and there was even someone wheeling a cart full of nalca through, which I didn’t buy because I wasn’t really sure what to do with it, having never munched on it as an after school snack as people do in Temuco and environs. Which reminds me of, a very long time ago, a friend here brought her Chilean then-boyfriend to some leaf-peeping place in the United States. Might have been West Virginia. There was strawberry rhubarb pie on the menu, and when her boyfriend asked what rhubarb was, as it’s unusual to find in central Chile, she said, It’s a plant related to “nalga.” To which he responded, “that’s ass.” because though nalca is a plant related to rhubarb, a nalga is a butt cheek. Great hilarity ensued. And from what I recall, he did like the pie.

But back to the feria. There was watermelon, and sky-high piles of fava beans in their pods, and a new way to serve shaved ice, on a plate, which I’ll have to check out some other time. But for me, there were springtime fruits, like strawberries and cherimoya and nísperos (loquats), and veggies like fresh peas and penca (cardoons), and tender scallions and fennel bulbs, which I love, and have never seen at my feria before, and also KA-lay, or as you may know it, kale, which again, I have never seen at the feria on esperanza. Looks like we’re getting fancier down here in República/Yungay/Barrio Brasil.

But you want to know about my haul, right?

To be fair, the tomatoes I bought were pricier than others, but in addition to the fact that he has small tomatoes, which I like, I really trust this casero (means seller at the market, or a person that frequents their stall) because he never cheats me on weight. Last week I went to a different feria, on a Saturday, just as it was closing, and I paid a hefty come-late-to-the-feria tax, or perhaps a gringa tax, because everything I bought was underweight, sometimes by as much as 20%. I weighed it on what I consider to be my coffee scale, but really can weigh anything. I vaguely considered bringing the scale with me to that Saturday feria again if I went, but to what avail? To argue with people who know they are cheating me? My best defense is to skip over those sellers.

In other news, I also dropped off the collected egg cartons and crates I had been saving to the guy I bought the eggs from, which he was happy to get, and I recycled my bottles at the recycling domes in the “ghost metro station” near the feria, and stopped for a cold brew coffee at one of my favorite cafés, and bought beans for the next couple of weeks. Sometimes I feel like the neighborhood trots out its best when it knows I’ve just come back from a spectacular trip (to Puerto Williams, at the very nalga of the planet). Today was like a giant, delicious welcome back to Santiago. After my last transition back at the beginning of September, which was strangely unsettled, I needed it.

Looking for cost comparisons? Five years ago, in 2011, the feria was a whole lot cheaper.

Looking for where to get awesome coffee in República/ Barrio Brasil? Go to my local, Café Forastero. Tell them I sent you. 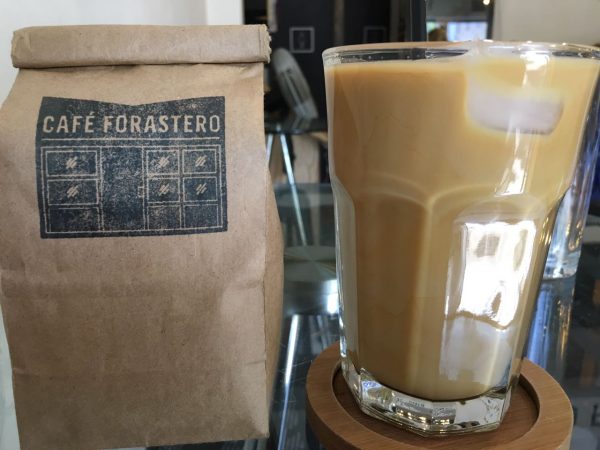