Fishing with peas, or Let’s Make Fun of Beginning Spanish, with Eileen 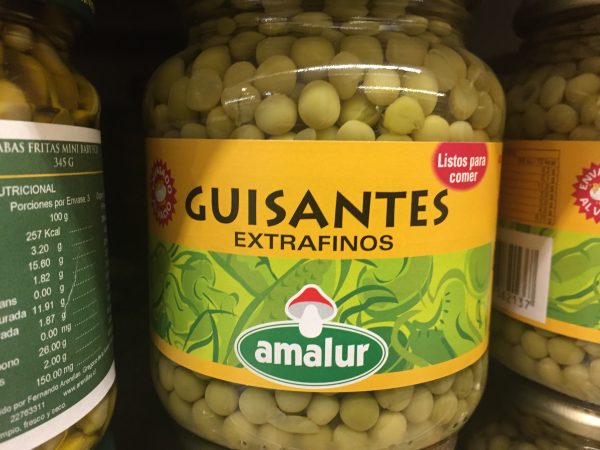 Fishing with peas. You wouldn’t think you could. I have never known anyone who has. But for a long time I was convinced I’d met someone who had done just that.

Once upon a time, when Eileen was just a fairly beginning Chilean Spanish speaker, she was in a taxi. And lest she be silent in the taxi, she made small talk with her taxi driver. At this point she’d been a teacher in Chile for a couple of months, and kind of got that asking people where they went on vacation was a class divider. Cartagena? Not very fancy. Zapallar? Super fancy. So rather than asking where, she’d begun to ask what people liked to do on their vacation. Did they prefer the seaside or the mountains, or maybe visiting family in the country. She was so correct it was probably painful.

And then came the taxi ride. It was summer, so the topic of summertime activities came up. She remembered David Sedaris in the essay called Jesus Shaves (links to video), where ridiculously cumbersome grammatical constructions came out of her mouth, and yet she was sure she was making her point.

It turned out that the taxi driver was a big fan of fishing! He’d go out to a nearby lake and cast his line. Eileen was very proud of herself for understanding. “What do you use to make the fish bite the hook?” she asked, not yet knowing the word for bait, carnada and using the wrong word for hook, gancho (like to hang up a towel) rather than anzuelo, (fish hook), but this would be forgiven by most Chileans. What she was really after was the bait. Earlier in the summer she had gone fishing for piranhas on the Rio Negro in Brazil, and they had used red meat as bait. This she did not tell the taxi driver, but she did ask about the thing you put on the hook to get the fish.

“Where do you get the peas?”

“They like the peas very much. Sometimes they just take the pea, and don’t even bite the hook. Or sometimes you pull up the hook and only half the pea is still there.”

These must be some monster peas, she thought.

They arrived at their destination, and she paid him what she owed him, and got out of the taxi, wishing him many productive fishing trips to nearby lakes in the future, together with his magic peas. From time to time she would remember the strange Chilean custom of fishing with peas, and consider bringing it up at parties. Luckily for her she never did.

Only some time later did she hear the word arveja, in the context of pollo arvejado, a common lunchtime meal. “What is arvejado?” She asked. “It has arvejas,” they said.

Peas? She thought they were called something like guiso. No, that’s stew, she was told. Gusano? She said? Ohhhh, they said, you mean guisante. We don’t really use that word here. We say arveja for pea in Chile (and in Argentina, it turns out).

“But what is gusano?” she asked, certain that she’d heard that word before, if only she could remember where.

Worm. Gusano is the word for worm (so is lombríz). Which means the taxi driver did not go fishing in a nearby lake with magic peas, just with worms. If only she could go back in time and clear up the confusion, proving that she is not tan citadina (so much of a city dweller, this itself being a joke about people being “tan huaso” (so much of a country mouse)) that she doesn’t know that uncooked (live) worms are used as carnada when you go de pesca.

I have forgotten and remembered this story many times, and just the other day I was in Jumbo, where we get all manner of imported food and came across this jar of preserved peas. Guisantes. I blame Spain, where I probably learned the word to begin with. Also, fresh peas are in season in Chile right now, and they are delightfully green and tasty and I bought these (pictured below) at a new-to-me feria on a semi ill-fated bike ride up to a faraway comuna that ended with a catastrophic flat tire (both tire and tube needing to be replaced), and making new friends at a bike shop and then showing up to a café opening in a ridiculous combination of bike tights and skirt and hoodie and two panniers filled with vegetables. Because my Spanish has gotten much better, but the rest of me it turns out, still tends towards whimsical mishaps. At least now part of my lunch is ready to cook. 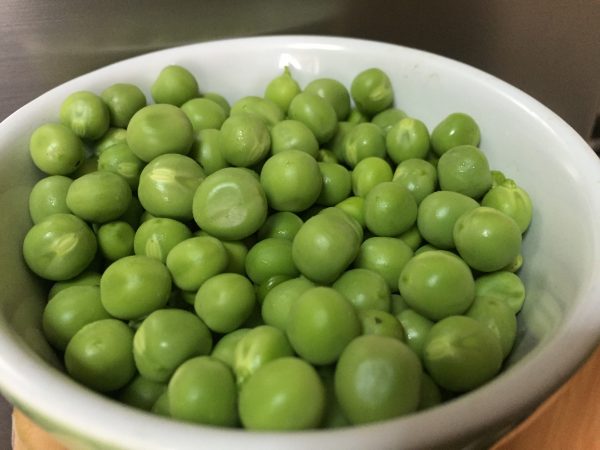