Some dear friends of mine moved to Montreal last year. It was a big loss for me, they were some of my closest neighbors, and good friends, one of them someone who I often refer to as my cousin. We’ve lived in a bunch of the same places, had many same experiences, but it wasn’t until we moved to Chile that we met. Montreal is far from here, and frigid in the winter, but the stars aligned just so (wedding in Chicago and family trip to the Southeast), and I was able to run away for a few days to spend some time in Montreal with them in their cozy, well-lit apartment decorated with art old and new, including portraits in progress which I am not allowed to post on the internet, but trust me, they are fabulous.

So I got to Montreal, whereupon I discovered what winter really is. Winter is really biting your calves and thighs if you wear jeans that are even a little bit loose, and pain on the face where it’s exposed, and generalized brrr. It had been a long time. We ended up renting a car to go to Quebec city for one night, and trying and failing to visit an érablière, a sugar shack that is doing sugaring, not serving pork-laden meals (that is a cabane a sucre). We did make it to the érablière, they were not running the machinery because it was still too cold out during the day for the sap to run. Which did not stop us from taking a tour or trying some syrup, but I never did get a tire, which is the thing where they boil syrup to about the soft-ball stage and lay down a strip for you to wind around a popsicle stick and then eat, frozen face be darned (pictured here, from the shack near my friend’s closest metro station, not a real sugar shack). 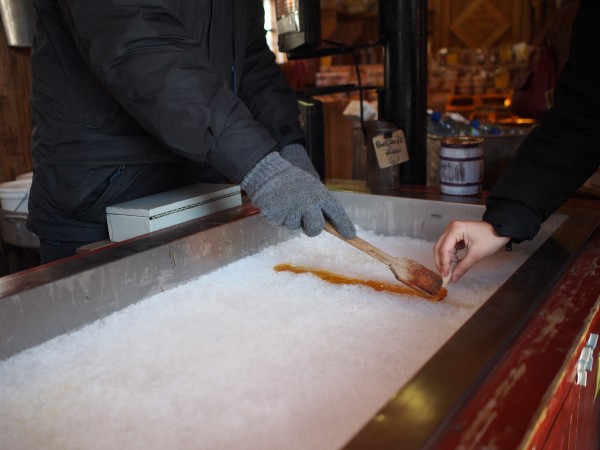 On the way back into Montreal from Quebec city and the failed érablière stop, my friends were excited to stop by Sami Fruits (8200-19 Ave Jarry), which seems like the best place to buy fruit and veg in the city, and also a great place to learn about all the things that grow in this earth that you didn’t know about. I could have stayed for hours and asked everyone what they were making with what they were picking up. I also drank an avocado pineapple smoothie, which was confusing and delicious and allergic all at the same time.

And I took photos. Of you know, the squash-n-aloe section. 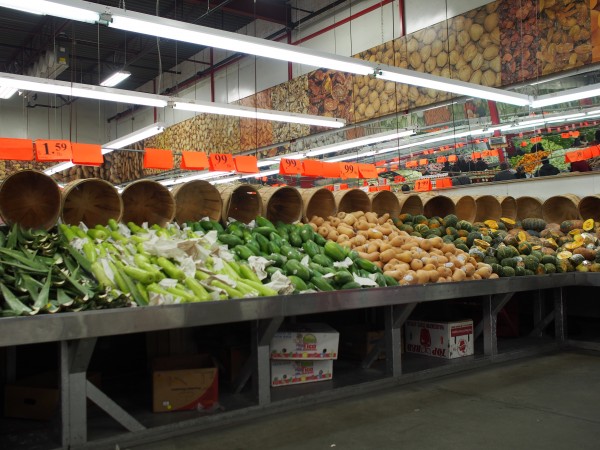 And the cardoons! we never get these whole in Chile. We call them penca, and eat them as salad. 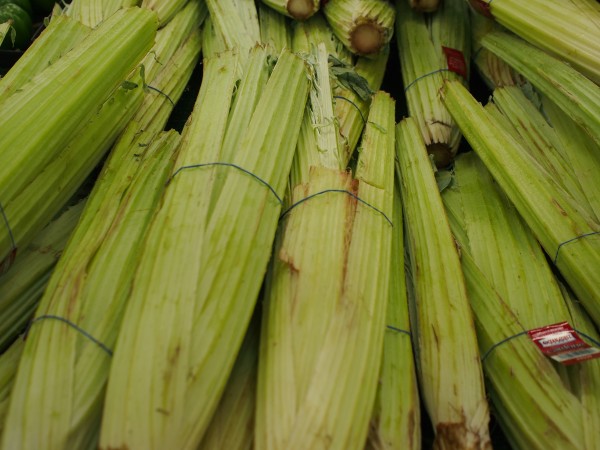 And then there’s my friends’ haul, as listed below: 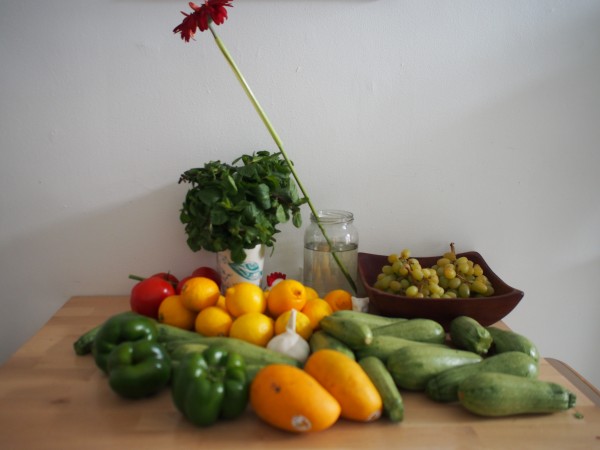 You may wonder what they were doing with so much zucchini. It’s probably one of the most commonly eaten vegetables in Chile, where it is very cheap (in season, you can get five giant ones for less than $2.00). They’re often eaten as a stew, linked here on PIlar Hernandez’ En Mi Cocina Hoy. Some recipes are translated, not sure why this one isn’t, but in general, an outstanding site on traditional Chilean cooking, and she has a cookbook, too.

We also went to posh-town markets with tomatoes the color of tulips and garlic that cost 4x as much as that at SamiFruit, and I also really enjoyed that visit (see below). 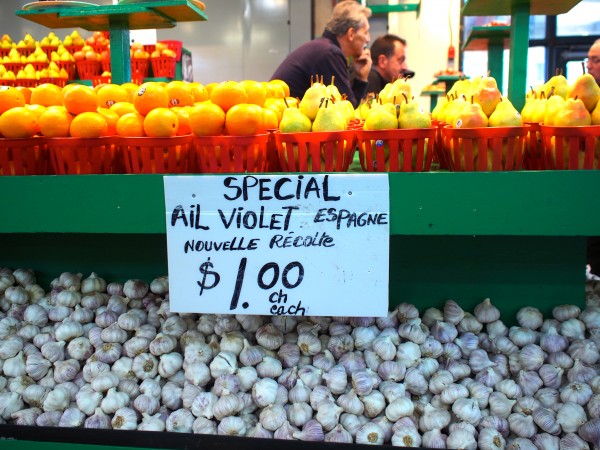 But in the end, Sami Fruit is where you get the best deals on quantities of vegetables, and a great place to get an eye for who has emigrated to Montreal in recent years. Also, do not stand between a Chilena and her guisos. They were quite tasty.

And now, a gratuitous photo of bikes left to rot in Montreal’s amicable winter weather. 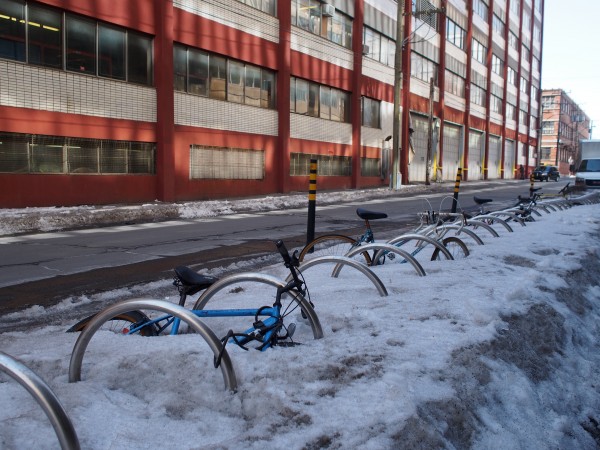 Did someone say stew?