Early June Morning Feria Report aka: Where have all the berries gone? 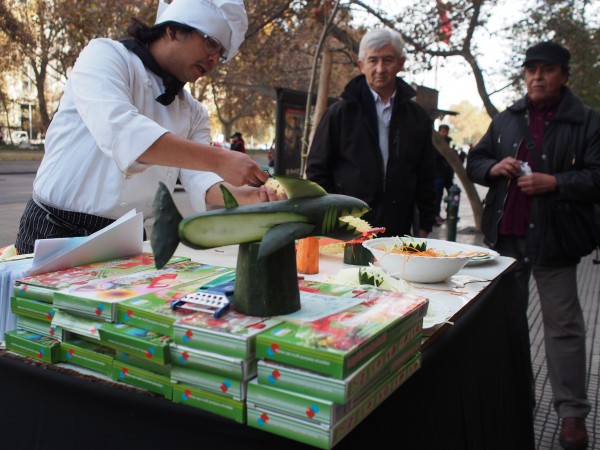 My new upstairs neighbors have given me a gift, with which they have occasionally taken away my sleep. They start riotously laughing sometimes at 7:30 in the morning, on you know, a Saturday. This, as you might expect, wakes me up. And you would think that after the laughter and early wakeup on Saturday, Sunday would be a more somber affair. And it was. Except I woke up early again. It is the gift that keeps giving.

Thus bestowed with morning awakeness, I spinned (spun? biked, I mean), over to the Sunday morning feria in Yungay, as I often do. But I was so early that on my first run through (I do a hither and yon walk, usually), not everyone was even set up, and lots of folks were still eating breakfast (probably second breakfast, the people who work at the feria wake up in the very wee hours). This makes going to the feria early quiet and very, very quick, and uncrowded, because everyone knows that it’s not really lively until later, and also because most people smartly sleep in on a Sunday.

But I didn’t, and now I’m back, and I once again have this stupidly privileged problem of why did I buy so much food? I went with specifics in mind. Ginger, passion fruit, cauliflower, avocados. I accidentally also bought potatoes, tomatoes, a sweet potato, limes, lemons, one ear of corn and clementines (or local equivalent) and brussels sprouts. And walnuts. Which are from Peñaflor, so close to Santiago they practically could have rolled here. 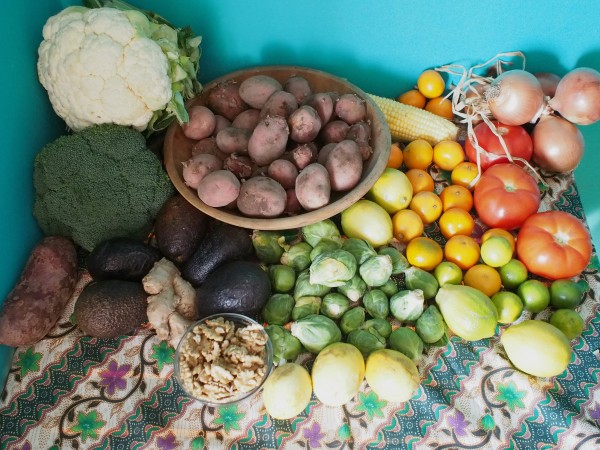 And now I have visions of aloo gobi and papas a la huancaina in my head.

On my way back from the market I was thinking, “go spokes, go” about my recently rebuilt wheel, which wheel mainly needed rebuilding because I carry heavy feria bounty home on the bike. I zigged and zagged, like I do, and took the Bulnes ciclovia (bikepath) for a couple of blocks over to the Alameda. I am not entirely anti bikepath, I am just against bikepaths that are dangerous or otherwise unpleasant. This one is fine, if short. Ahead of me, there was a guy about my age, maybe a little older, on a bike with giant wide handlebars with a rear view mirror at the end of each one. He saw me coming up behind him, and moved over in the bike lane so I could pass. As I did, I said, “buen día.” Like you do. Or I mean, you could. Don’t say hello to everyone you see in Chile, they will freeze up their back from holding onto their wallets and purses so hard. But sometimes you feel a sense of camaraderie with a stranger, because you are both on the bike path and it is so very early, and neither of you are out for exercise, just transportation.

And he responded, “Hola hola,” which is not a general hello, so much as it is a hello you’d say to a friend. I don’t know why doubling it makes it friendlier, it just does. Someday I will record all the may ways you can change the way you say hola to change it into something that carries a much bigger message than it seems it should.

And then he said, “buenos días, buenos días,” which was not un-nice, so much as it was a little odd, and reminded me of the goose in Charlotte’s web, who said everything three times. Doubling hola is normal, if extra friendly. Doubling buenos días is just odd.

(The topmost photo is not of the feria, but of one of a set of vendors that sets up near the street Nueva York downtown, with their fancy vegetable cutting accoutrements. I did not buy anything that would help me to make this cucumber shark, but am considering carving the sweet potato into something equally adorable. Or maybe I’ll just make sweet potato oven fries.)