A quick end of the year post, in which I talk not about how grateful, humble or lucky I am, nor about the year gone by, nor the one coming up. I will say that I am so delighted that the chaos surrounding Christmas is finally over in Santiago. Soon it will be January, and about 40% of the people who are going to leave town will do so. In February, I think it’s more like 60% (I’m taking a guess here). At any rate, it is lovely, and allows me to re-enamor myself of this city, which grates on my nerves every year from Dec 1-25th.

I know that New Year’s eve is on its way for many reasons. There are the invitations to the coast (too much chaos, no thanks, also, the tickets to Valparaíso are up to 6,500 CLP, which is $13 for a 1.5 hour bus ride, and one that you can sometimes get for as cheap as $5 or $6 (online, in advance, etc)). Then there are the supermarket cheap sparkling wine and pineapple ice cream specials for the NYE toast. And then there are these things, which I spied today on my way down to Estación Central. 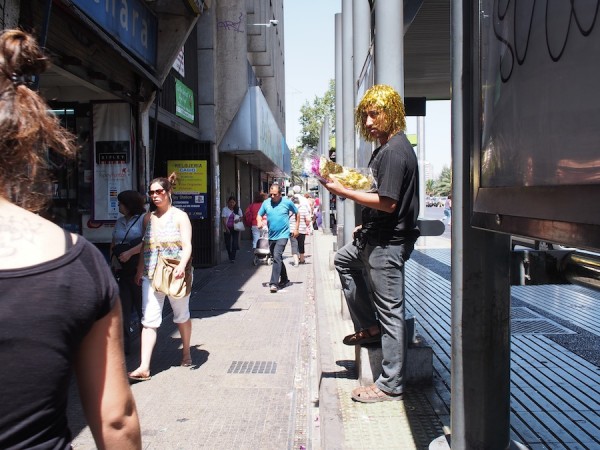 First, there are the tinsel wigs. it’s like someone pulled together all the found tinsel on people’s rugs from Christmas and made them into wigs. Which people wear. On their heads. In the street. Really. This whole selection of tinsel and plastic hats and silly glasses and other party fare is called “cotillión,” which makes it sound much fancier than it really is. 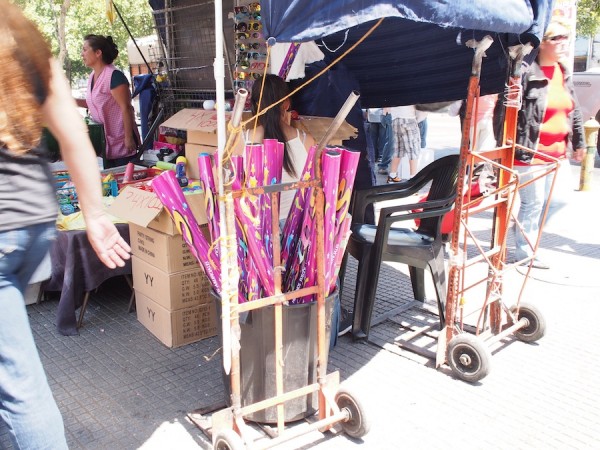 Then there are the illegal fireworks. I don’t think I need to go into more detail here. Dirt cheap. 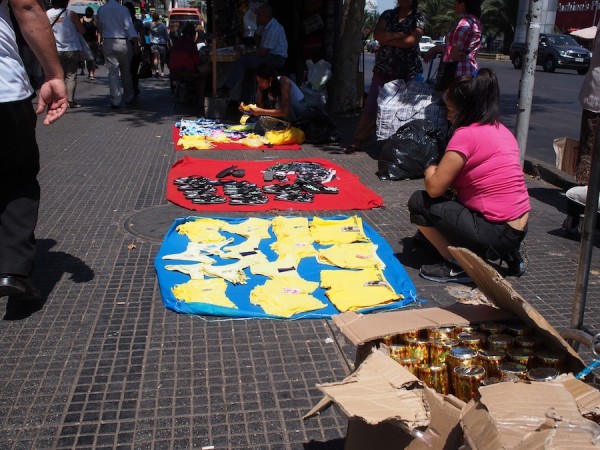 Lastly, most famously, and perhaps most hilariously, are the yellow underwear. These are supposed to bring good luck in the new year, and at a luka a pop (about $2), it might be worth a try. There are styles for many tastes, as you can see. I don’t know if anyone knows why yellow is the good luck color, and I also have to wonder how often people are renewing their underwear supply such that they don’t have a whole drawer full of yellow underwear. If I bought it, I wouldn’t wear it. I don’t like yellow that much. And over the years, I’d have quite the collection. Or perhaps they’re disposable, like the tinsel wigs?

In other news, someone should sell little fold up shoes for women to carry in their purses and put on when they realize their ridiculous heels and platforms are not going to make it through the night. I don’t want to tell you how many women I saw last year walking down the street in bare feet, over piles of cotillón, probably glass bottles and the urine of those too drunk to stumble to a corner (which I also disapprove of).

Happy New Year. Whatever color your undergarments may be.