A little perspective on falling down, and privilege. This time in Nicaragua. 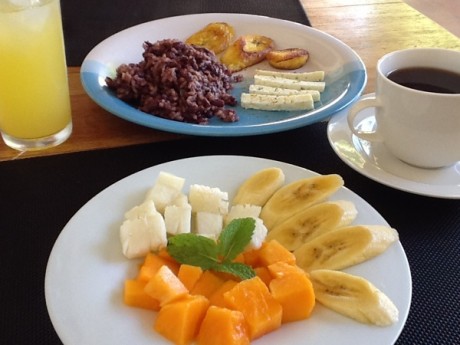 There’s a funny story about a day and all of the various ways it did not go right. Worry not, this post ends well.

A few days ago, I had to schlep bags hither and yon from the satellite hostel house I was staying at in Managua. I had a cold, but despite weakness, congestion and general confusion, could not schlep the short way, as there was a sign ominously saying “Do not go left. The empty lot can be dangerous.” So I did not.

I paid and left the main hostel house and schlepped some more, looking for the bus to Grenada. On my way to the bus stopping area (sort of a stop, sort of not), I stepped in mystery muck in the traffic island. In flip flops.

Once on the bus, I specifically asked the driver’s helper if the bus could drop me close to the Ticabus station since I wanted to buy my ticket as soon as possible. An hour later, he did not, dropping me instead at another bus station, close to the center, but far from where I’d asked to be let off. When I asked him what happened with letting me off elsewhere he said, “Get off here, we already passed the Ticabus station.”

Then (remember, I still have a cold) I looked for a taxi to take me to my hotel, and on two separate occasions, got the Central American finger wag. This means no. Pero y por que? (but why?) I asked. I thought maybe it was too close. Or too far. Or the taxis were headed in the wrong direction and they don’t like to turn around. More finger wagging.

I finally decided to go by the “address,” which is Palmira bridge, one block to the south, one block to the east and 50 sticks to the east. Where stick means meter, approximately. This time the taxi driver recognized the directions, and even said the name of my hotel. Here things got better for a while, cold be darned.

I then told the hotel proprietor (lovely, lovely) that I needed to go to the Ticabus station to get a ticket, and she sent me off with her ten-year-old son, asking if I know how to ride a bike. And I do, so we did. Down a hill too steep for my “soft” brakes (this means the cables are stretched, or stretchy, and apply only feeble pressure and, therefore nearly no stopping power, no matter how tightly you squeeze them), past traffic that honks at every corner, employing a system of stop and go only Escher himself would understand.

Cesar (the son) dropped me at the Ticabus office, where the oven was on high. By which I mean that some of the insulating tiles were off, exposing the underbelly of the corrugated iron roof, and left the ceiling fans to pull the baking air down upon us. Here I waited a full 90 minutes for the four people ahead of me to be served, and the process to break down completely when the people behind the counter walked away to receive and load passengers on an incoming bus.

When it was my turn to buy a ticket, I was warned that I might not be admitted to Costa Rica since I did not have an onward ticket, I then took a sweaty ride around town, stopping for a drink and lunch, beans and rice and plantains and such, and later rode back home.

The rest of the afternoon and evening were annoyance-free, except for the part where, in the dark, I managed to step into, rather than over, one of the many slimy streams of algae-filled water that snaked down my street before finding their way into the trash-filled canal in which I later saw four kids with slingshots taking aim at lizards for sport.

Oh, and when I got up out of the puddle, muddy and gak-splashed, marveling at my youthful ability to occasionally fall and not seriously damage myself, and the girl sitting across the way playing with that clackety ball-on-a-string game we called kerbangers in the 80s didn’t so much as flinch, I picked up my gallon container of water and carefully stepped up the hill and somehow managed to crack a smile. And even a laugh.

There are so many ways in which traveling me of today is able to parse these events, understand that people shoulder past not just me, but past everyone, on the streets of Granada, Nicaragua (which is much lovelier than I have made it sound, and I promise I will show you). I am so glad I am able to recognize the tremendous privilege it is to travel, to step or fall into ick of unknown provenance not once, but twice in a day, and at the end of a day, wash it off (and hand wash my befouled clothes in the sink), and know that the next day I will wake up in the same lucky position that allows me to perhaps have a series of not-fun-in-the-moment experiences and to know that the world is not out to get me, but that I have to adjust my expectations, learn to ask the right questions and learn to watch my damn step. And if that I’m lucky, I can even have a breakfast like the one above.