I had a great trip to Chile. I’m back in Santiago now 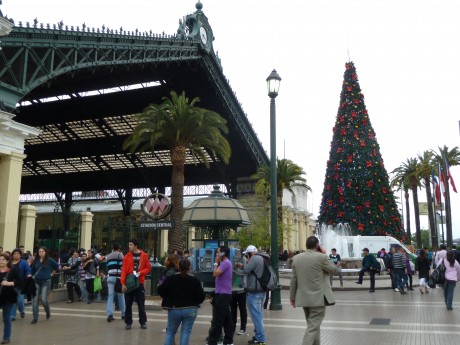 Sorry about the lack of posts, I went to Chile for a few days.

Don’t I live in Chile?

Well, kind of. I mean, I live in the largest city, within 100 miles of more half the population of the country. When I think of Chile, I think of Santiago. But it’s not fair. And more pointedly, it’s not true.

Much of Chile lives in places where nary a Jumbo blots the horizon, where the food options are Chilean or Chilean, and even (in some places), where shops close for a few hours in the heat of the day. People stop and say hello, and on Sundays the streets are dead, and there are two bars where all the activity happens.

I was in one such place this past weekend (where weekend stands for Friday through Tuesday), taking stills for a documentary about Talca, the earthquake, and the experience of a few families re: houses (memories, destruction, new homes) in the neighborhood of Seminario.

Here’s the funny thing about going to Talca. It’s about how I got there. So first, I left my house, and hoofed it down to Estación Central, one of the most densely-trafficked parts of Santiago (to which I do not do justice in the photo above, but trust me, it’s zany).

And then I walked into the station, with my pre-printed ticket, which I’d bought online, and found myself here: 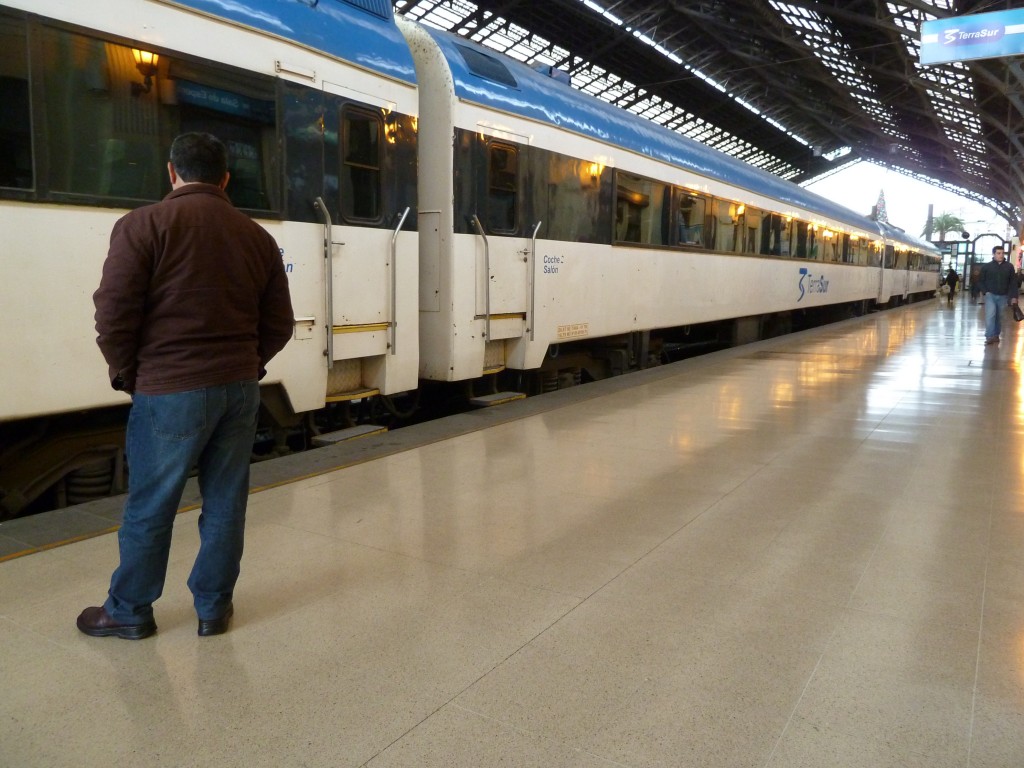 Whereupon I felt like I’d left Chile, and walked into a MetroNorth/Europe mix, complete with on-train carts with vendors and even a trash can on a dolly that went by at one point.

And then maybe I thought I was in the 70s, because this is what I saw out the window, and it doesn’t square with anything else I know: 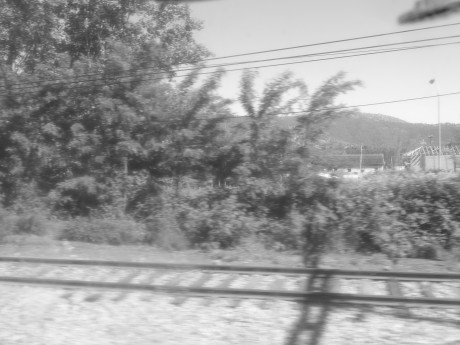 And there were fields, and perfectly-manicured rose gardens (that supply nearby nurseries), and flat and rolling and hilly terrain and cacti and a man, two dogs and a sheep, none of whom looked at each other at all.

And then, about three hours later, I arrived in Talca, but not to the station, precisely. Because the station looks like this: 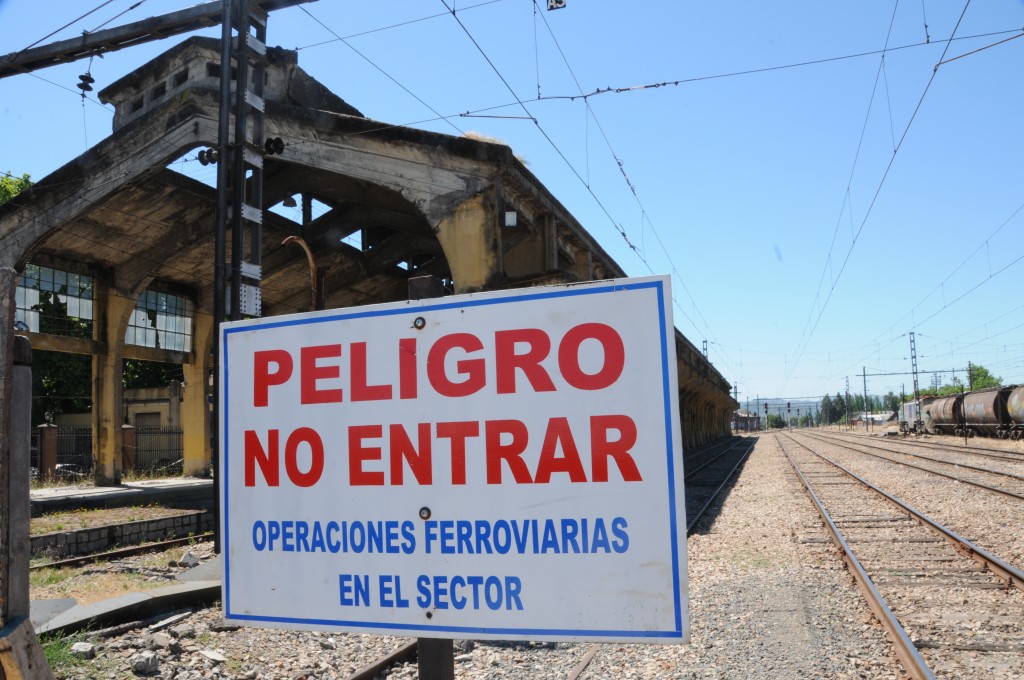 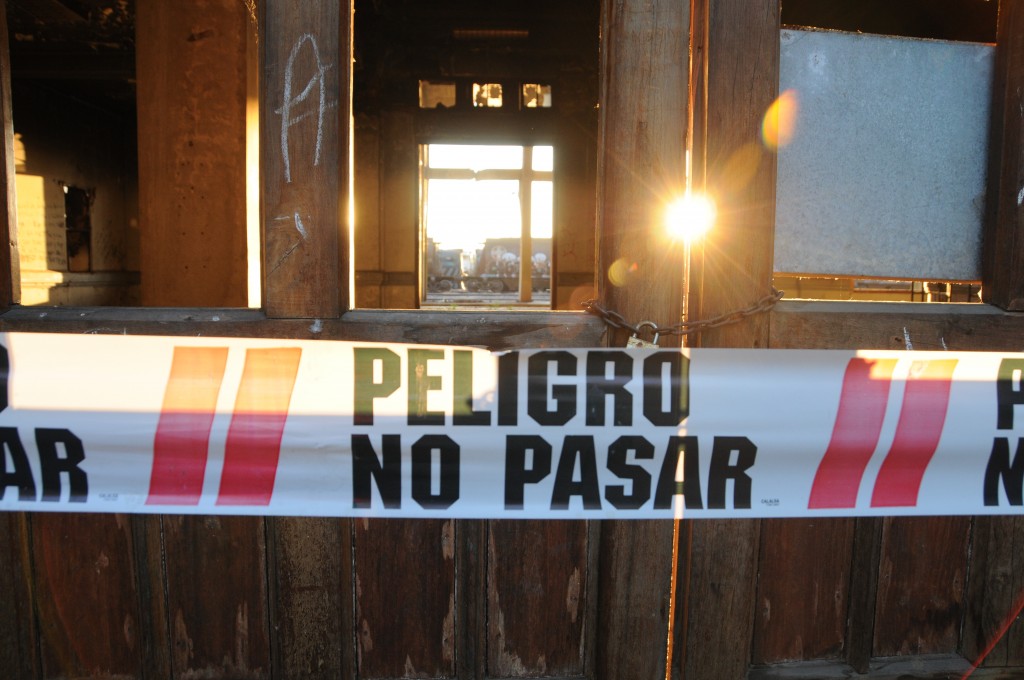 Also, the above pictures I took during the day, because at night, it just kind of looks like this. This is the walkway you now use to get to the platform to take the train. It has that black, nubbled anti-slip mat on it, but the nubs have already worn down. It doesn’t seem like a permanent solution, but the station looks pretty bad from the earthquake, and subsequent sackings/squatting/Fires. 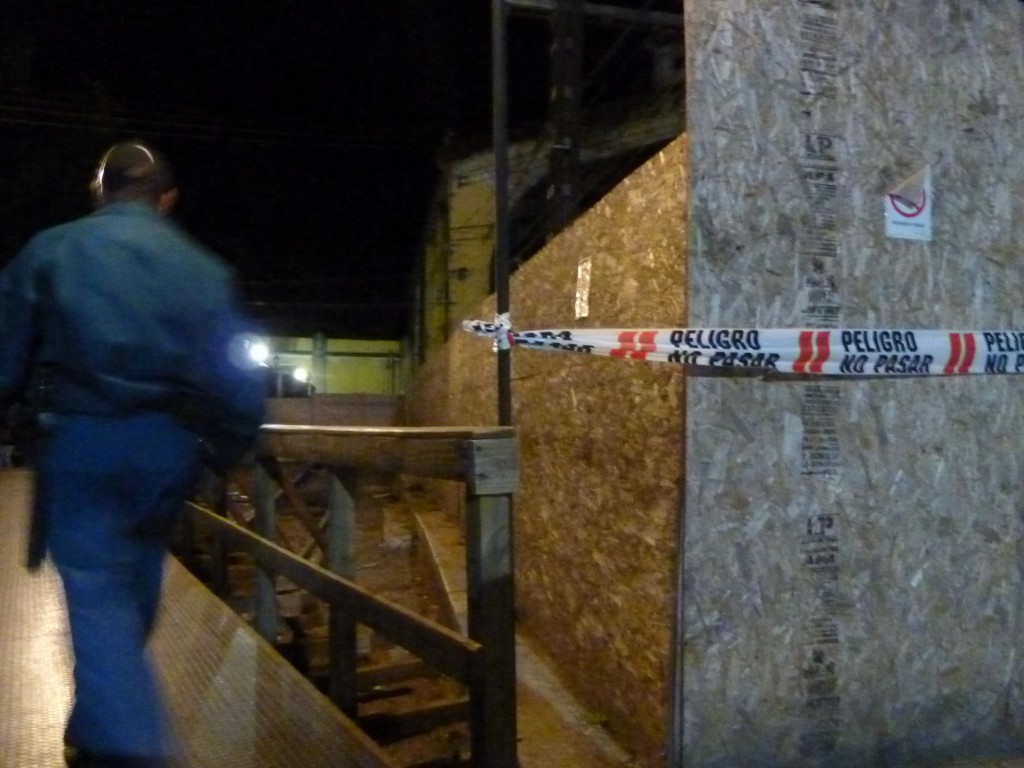 So, if you’re following me, I went through Chile to leave Chile to get to Chile.

Talca was lovely. A stultifyingly hot city with a refreshing riverfront with the biggest chancho en piedra (a kind of salsa, eaten with sopaipillas (frybread) and bread) I’ve ever seen, and a hilltop from which you can see the whole city, and a collapsed bridge next to the new one, a very long fleamarket, where (surprisingly) I bought blueberries, and there’s also access to the Ramal, a narrow-gauge railway that goes out to the coast. 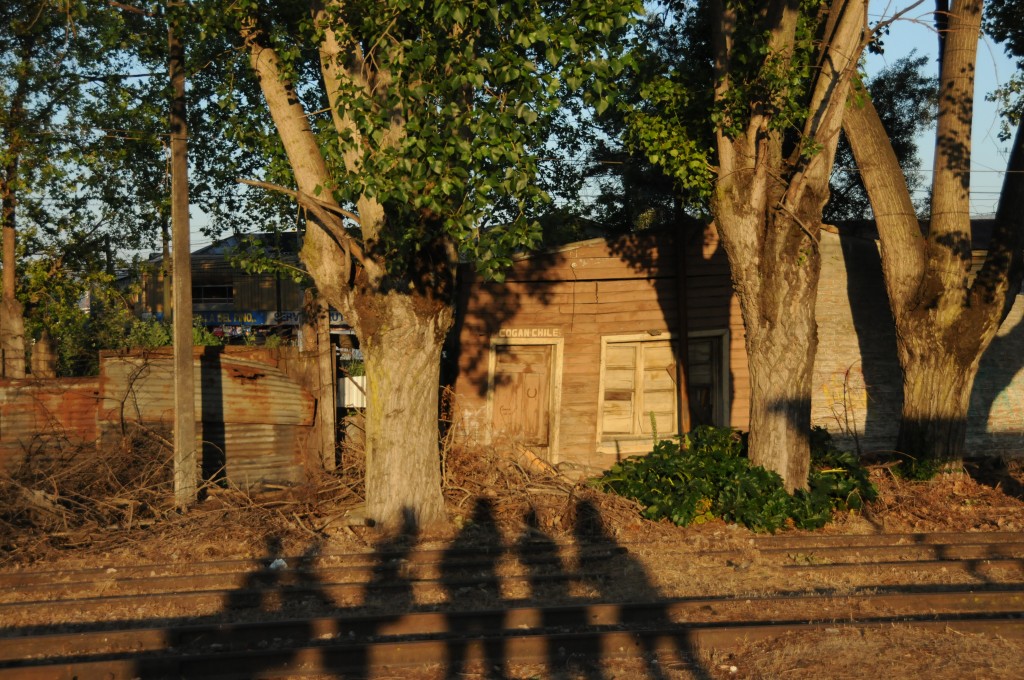 I had a great trip to Chile. Back in Santiago now.