So many animals in the Norte Chico, Chile. But no mermaids. 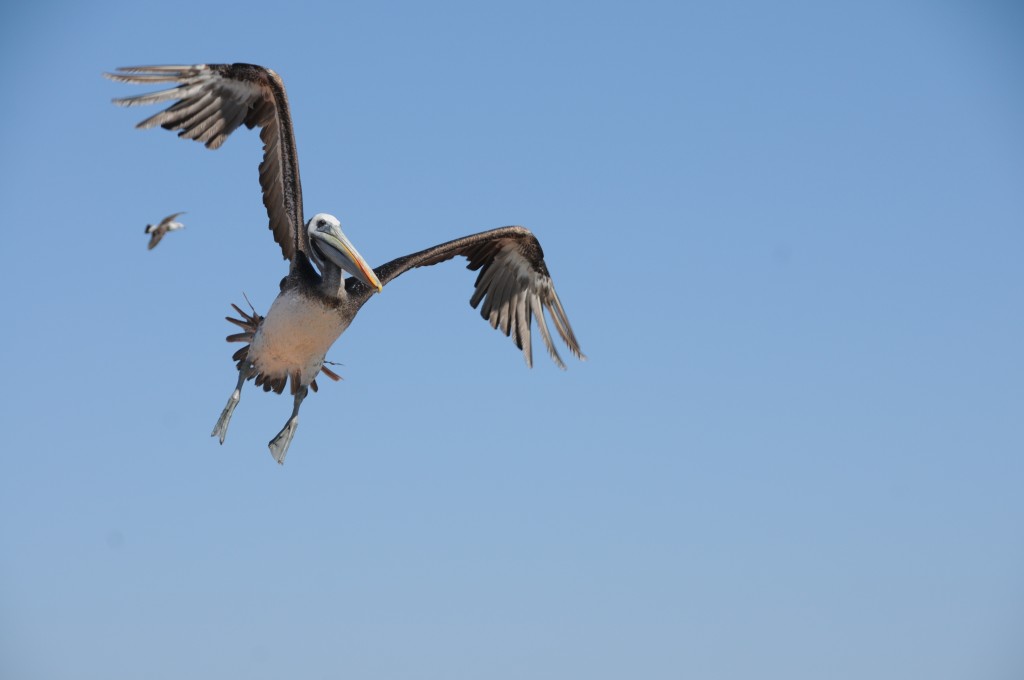 We have two norths here, which is funny, because to say you have a north, or that something is your north in Chile means, it is what you are oriented to, what helps you find your way. Tú eres mi norte is a way of saying “I am never lost when I am with you.” So I think it’s funny that in Chile we have two norths.

I recently went to the close north, or the chico norte, and in fact, stayed in La Serena. This is a part of Chile that I have not fully explored for a few reasons. The main one is that I’m a water girl. Give me rain and green plants and shade and growing vegetation, and I’m happy. Take it away and I’m wondering how long I could last in the desert before I dried into dust and got blown away in a strong wind. The second reason is something that has nothing to do with Chile and everything to do with the fact that the first time I went to La Serena I was pretty badly injured, and had my arm in a sling. I couldn’t really lift my arm, and spent many days in the same clothes, because changing them was too hard. I saw many lovely things, petroglyphs, spas, observatories, but the whole thing was tinged with grrrr, because ow, it hurts to get hit by a car.

So it’s not La Serena’s fault that I didn’t have a good time the first time I was there, but I’d never really thought to go back. But then a good friend of mine got transferred there for work, and suddenly it’s seeming alot more appealing. I went a few months ago, and wrote about that here and, here, and then, tangentially and here (which is really about Guanaqueros).

And there are so very many things to see in the norte chico, but as you can tell from the title, here I wanted to talk about the animals. We went to Isla Damas (details about how to get there further on), which is a national park, and saw some wildlife, but a couple of my favorite animal pictures were actually taken just wandering around. And by wandering, I mean both north and south of La Serena, not in the city itself).

Like that one up there, in Tongoy, a little cove of a town, with restaurants serving typical beachfront fare, though our lunch was particularly good. Looked like these pelicans’ lunch was about the same, but with less salad. Also, how totally funny and clumsy and frog-like does he look?

And there were penguins, though not in great quantity, and nothing like you can see in many other places in Chile and Argentina, but still, they were there, up on a ridge, and walking about. 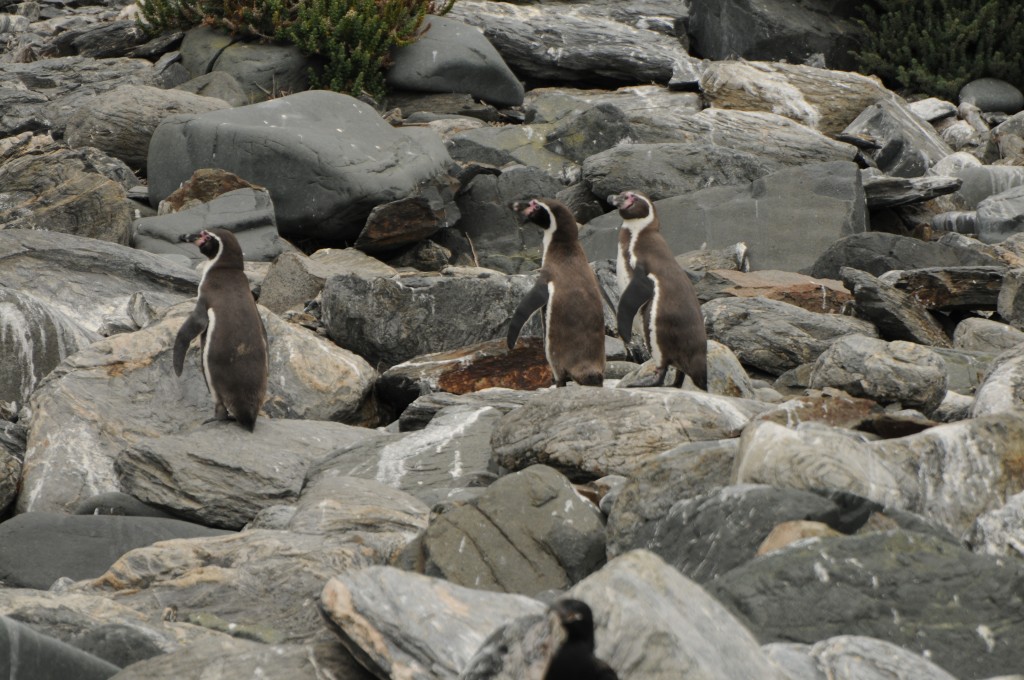 And speaking of birds up on a ridge, these guys coordinated their long-necked heads to look in the same direction. Thanks, guys! 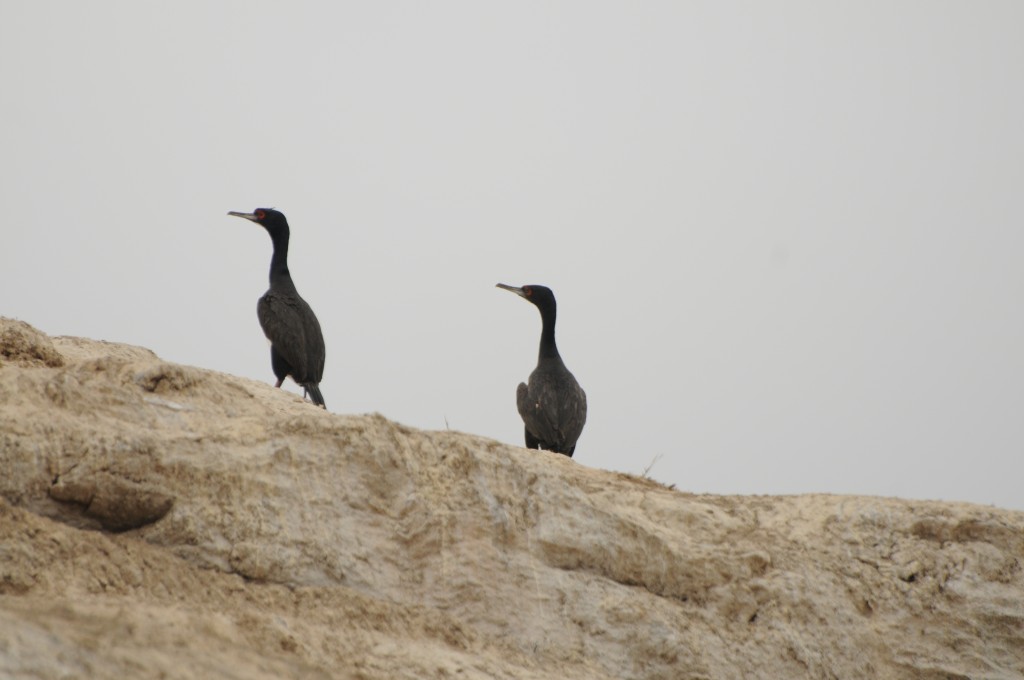 Those were cormorants, as are these, but different ones. Also, nesty. Also also, I respect wildlife’s space. These are with a 70X300 lens (biggish zoom), previously named “the penguin lens.” 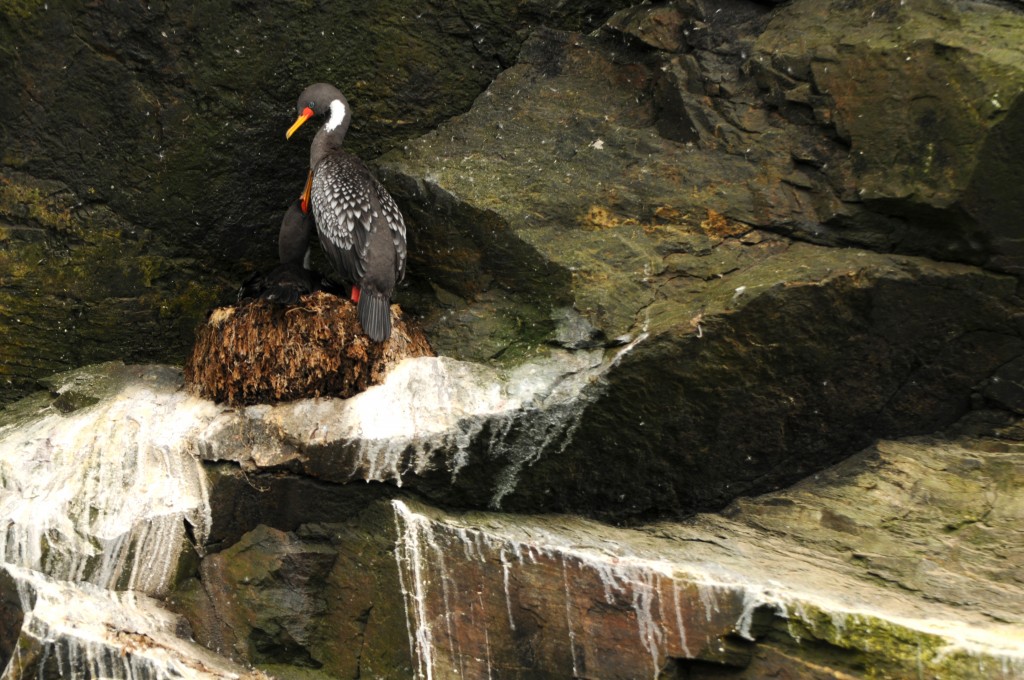 You know who doesn’t really respect the space of wildlife? Some of the boats on their way to Isla Damas. Our boat, Krill, was not one of them, but this one, if you ask me, got a little/lot too close to the dolfins. CONAF would not approve. 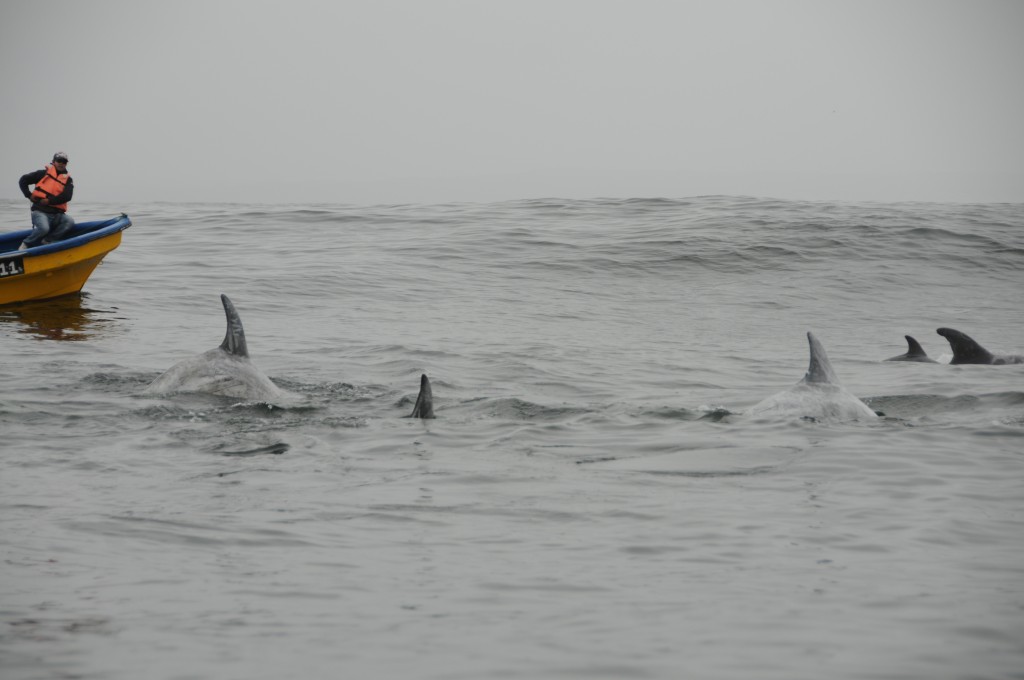 And it wasn’t just sealife and birds n whatnot. There was a fox, looking very doglike (at the entrance to Fray Jorge). 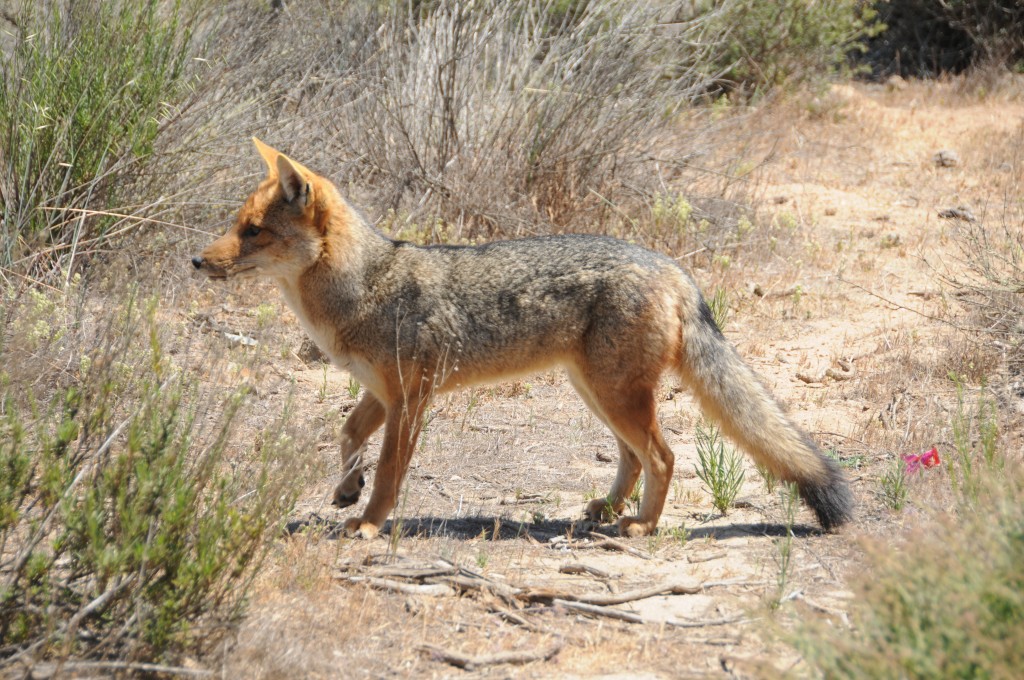 And a sea lion. I previously referred to them as sea-ferrets. But this one I think of as more of a sea-puppy. 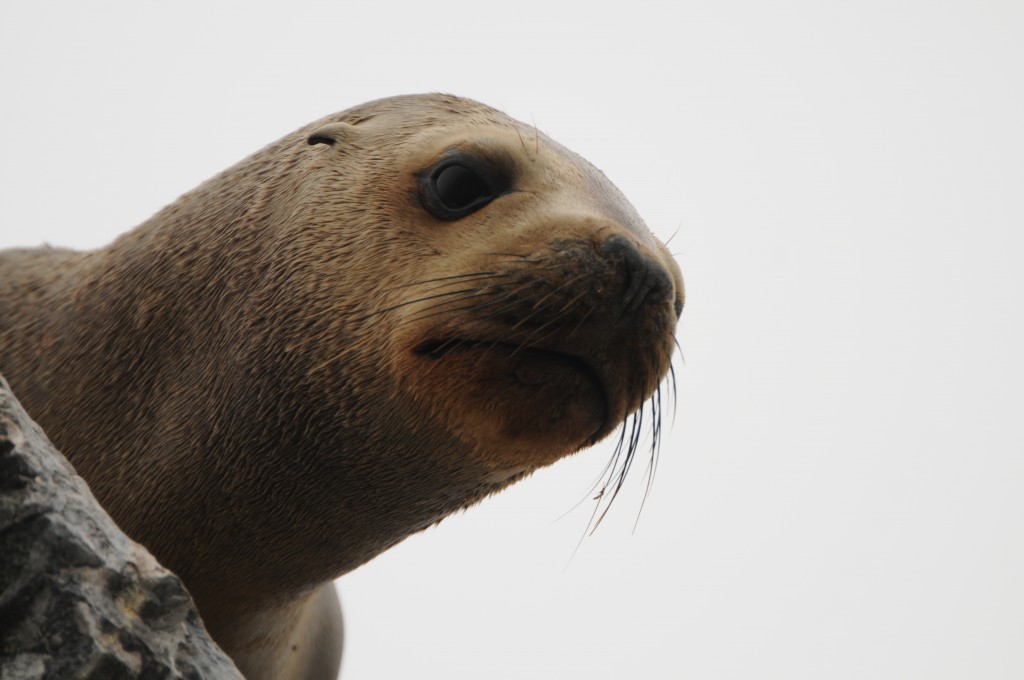 And also goats, which, being an urban gal, I still enjoy seeing very much, even if they are a bit stinky, and the cheese I bought is chalky. Oh, and here you can see “la solana” which is not the name of one of the goats, as far as I am aware, it’s all about the glare. Oh the glare this day. It was not good. But we kept our eyes open anyway, because the wildlife viewing was worth it. 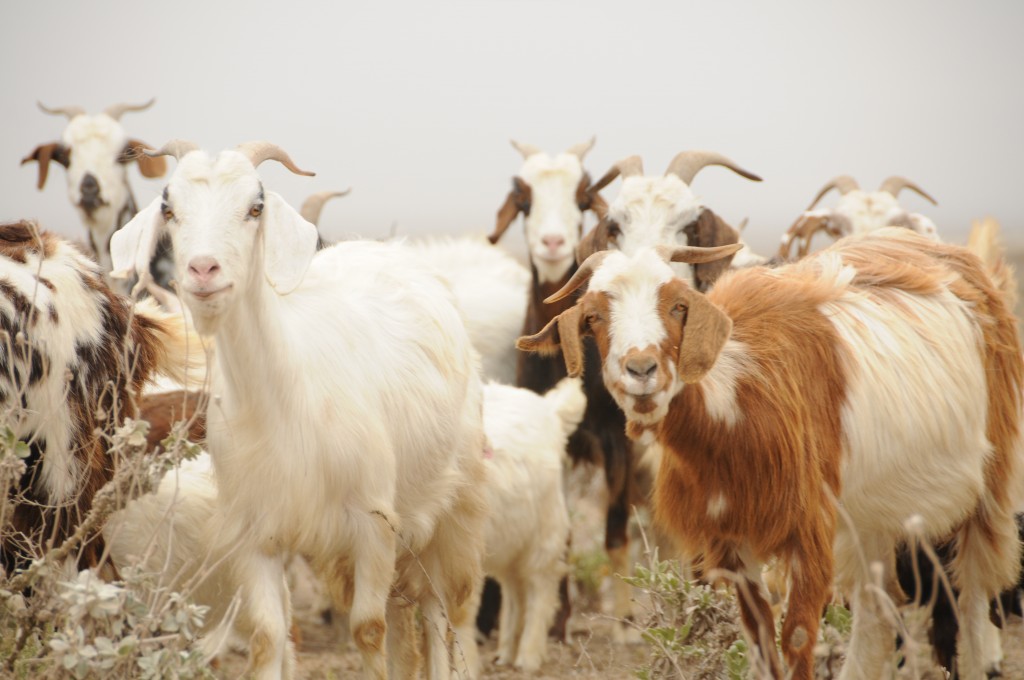 I’ve gone on long enough about the norths, and why it’s not La Serena’s fault that I do not habitually visit her. And yes, she is a she, because while the name of this city means, “the serene,” many English-speakers confuse it with the word sirena (mermaid), and think of the city name as meaning that. Sadly, I do not have any pictures of mermaids, though I’m sure if I had, they would have been quite serene.

No public transportation. Tours cost 40,000 CLP per person, coordinated from La Serena. It is cheaper if you’re in a group of people to rent a car and drive to Punta Choros, the last 20 KM or so are unpaved but in relatively good condition. However (and I will go into more detail on this soon), it is a long wait on the ticket line to get a ticket for the boat. There were two groups ahead of us and we waited for two hours. You then have to get a different ticket from CONAF which lets you get off on Isla Damas. Total cost $11,500 (about 25 dollars), 9,000 for the boat, and 2,500 for the park admission. These prices are folded into the tour prices, and if you are on the tour, you will not wait long for a boat.

Verdict: Worth it, but pukey. The seas were not rough, but I am not a mermaid (see above), and looking through the zoom lens makes me a bit nauseous when I am in motion.

But at least I saw this guy: 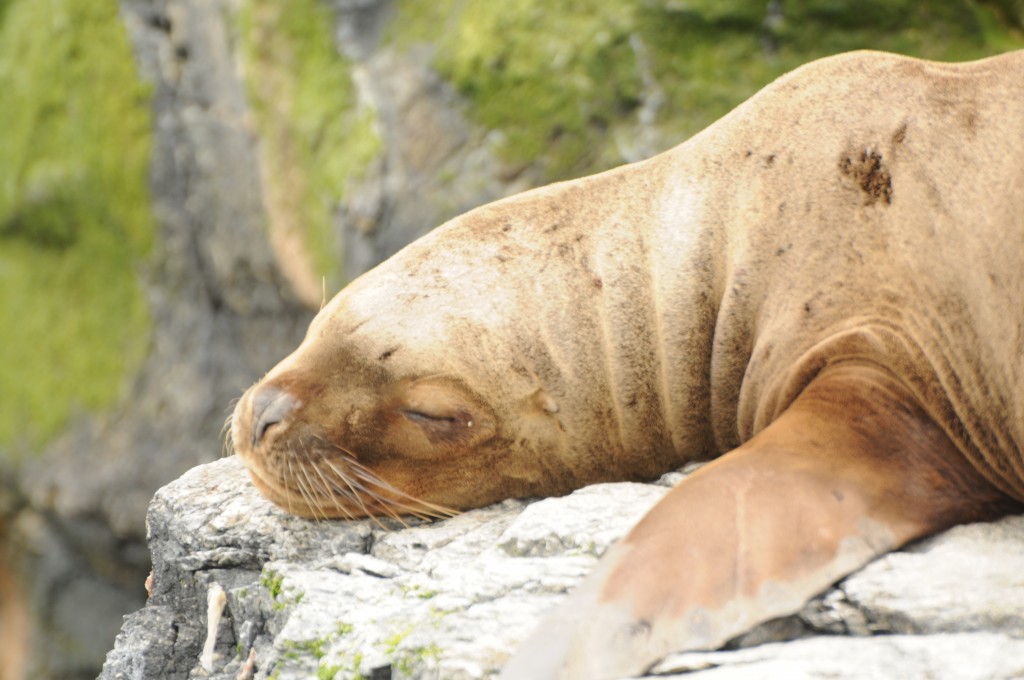 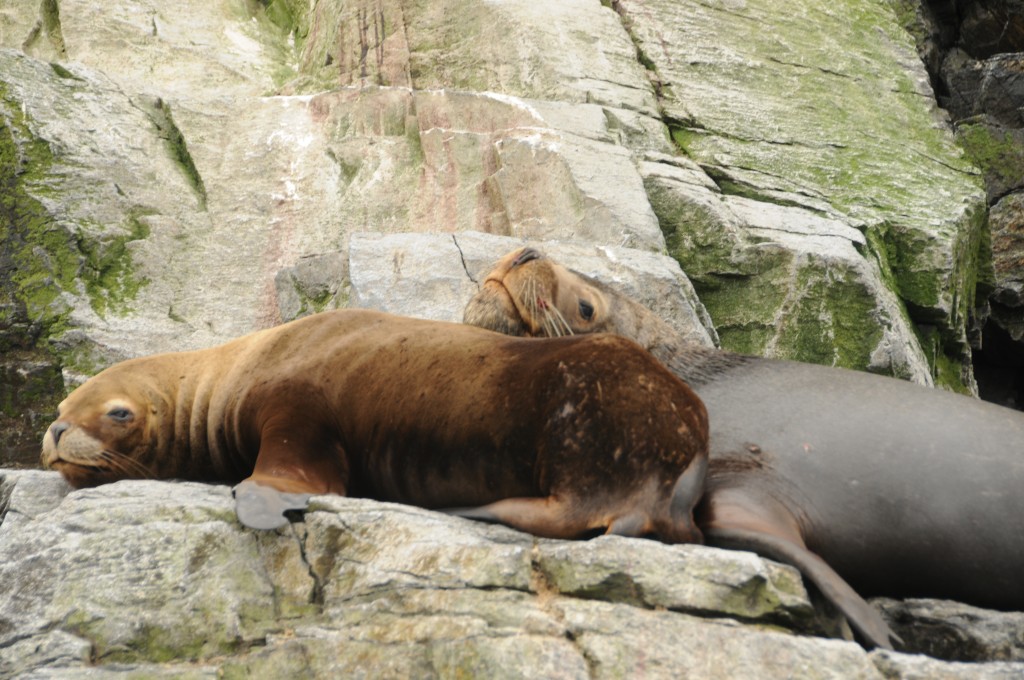 Coming soon: the meaning of condorito. Hint, not a tiny condor.