Happy New Year, more Suriname and are you wearing plaid?

I take it from what I see on the internet that I am expected to do an accounting of 2011, lauding it or maligning it. 2011 deserves neither from me, it was a year, like many others (but not this one!) with 365 days in it. There were some very good moments, and some not-so-great ones. I went a lot of places, many of which I’d been to before (Chillán, New York, San Francisco, Seattle, Vancouver, Mendoza), some of which I hadn’t, like Pichilemu, Arequipa and Suriname.

Which brings me to Suriname. Again. Always. Maybe every post from here until the end of time. Or not. When I told people I was leaving Suriname before New Years’, they frowned. But you’ll miss the biggest celebration, they said. But we have the longest firecracker run, they said. They line up those packets of fire crackers end to end to end for a long long way and blast all the birds and dogs into a frenzy. I don’t know how I could possibly miss it. It’s also hard for me to believe that New Years’ could be showier than Independence day, which I was there for in November (Nov. 25th, to be exact). There was music, and alot of food, shaved ice and people everywhere, and you could even go into the presidential palace, where there was free beer and lots of food, and later, a concert as we all stood in three inches of mud in the pouring rain (I eventually went inside, but I hear it went on until 3 AM).

Independence day is such a big thing that they even dress up the trees for it: 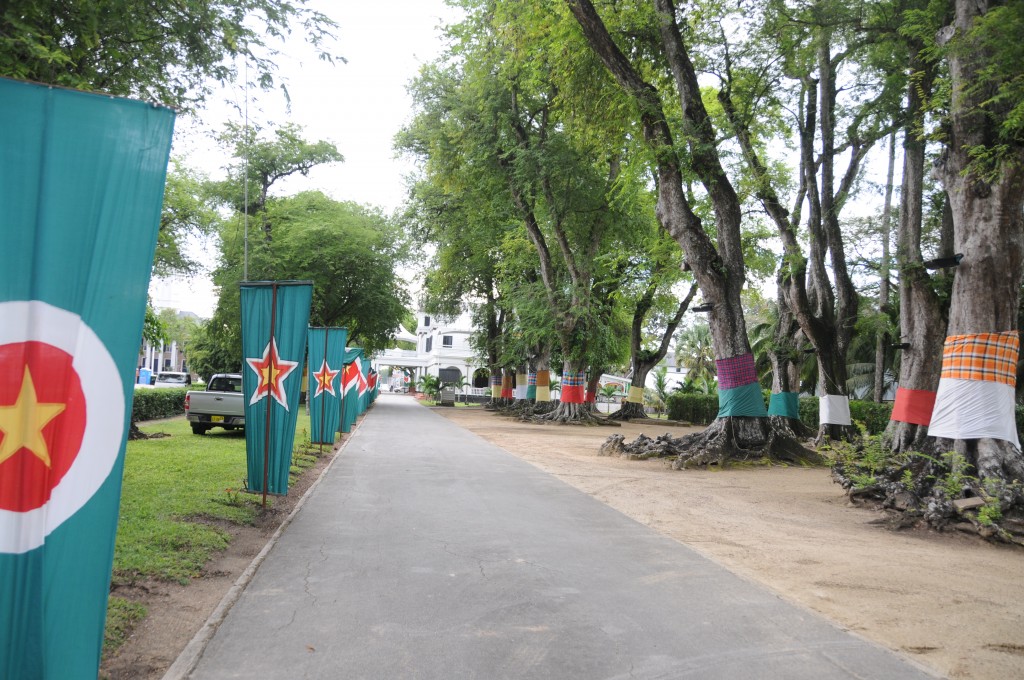 It’s funny to say, but if I had to pick a national pattern for Suriname, it would be plaid. Here you see the trees dressed in plaid, but in other places you see these same patterns around people, in wrap-around skirts some women wear, and a pins-at-the-shoulder garment men in the interior wear. The kids at some schools schools wear green plaid shirts, too, as a uniform. 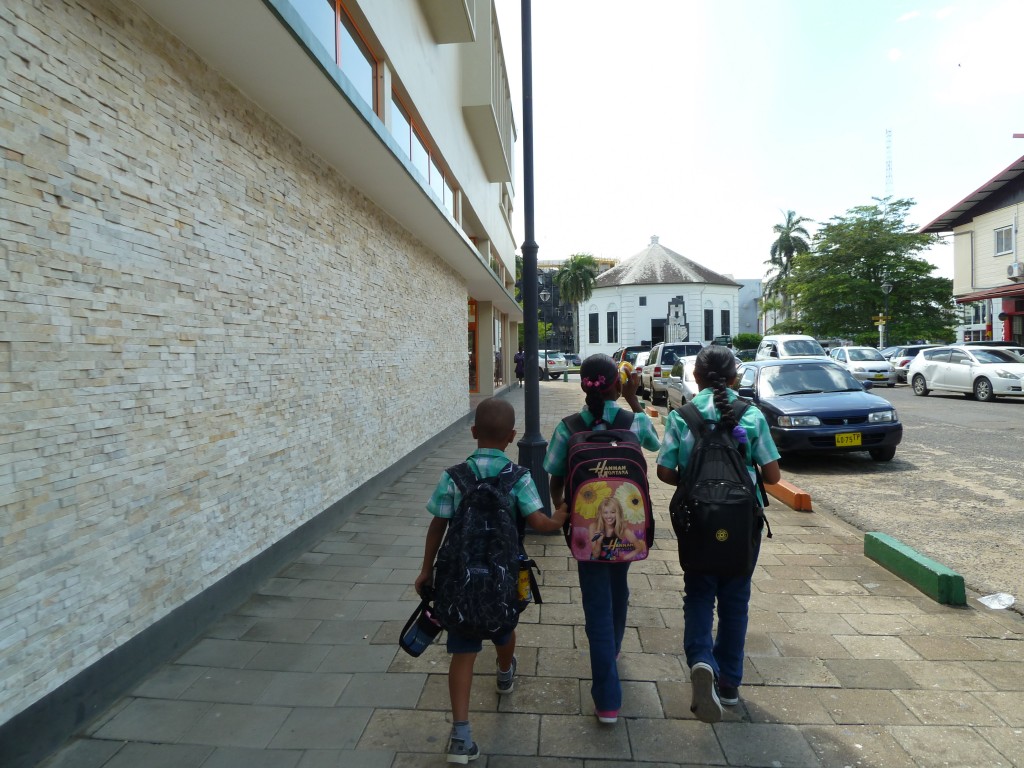 In Pikin Slee, a Maroon village in the interior where I did not take pictures of people, respecting their requests (and I have a piece on this at MatadorNetwork), people were rocking plaid as well. In the background here is the water treatment facility (in progress) for during the dry season when there is no more rainwater. Historically, people have drunk river water, and it (understandably) makes them sick. The river is where you wash: body, dishes and clothes, and almost every village has other villages upstream from them. In short, it’s not particularly potable, and they don’t have the fuel resources to boil it before drinking. The water treatment facility should improve health in the village during the dry season when it is used. There will be a couple of hundred spigots around the village as well.

Like I said, they wash their clothes in it. So here’s some plaid, out on the line. 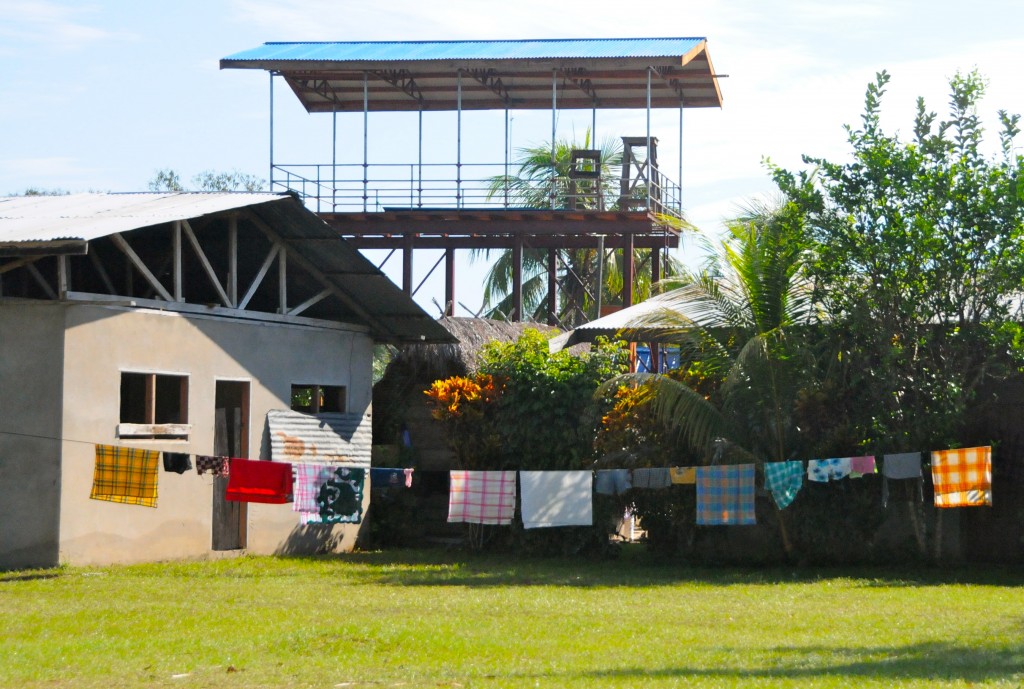 This woman selling sweets and pickled items at independence day is bucking the trend, but that’s only fair. Not everyone is always wearing plaid. It’s just traditional, not required. And these sweets may be traditional as well, but I was still cuidando la guata (watching my gastro situation) at the time, and though I would later go on to eat several questionable items, these were not some of them. Or any of them. Or however you say that in English. 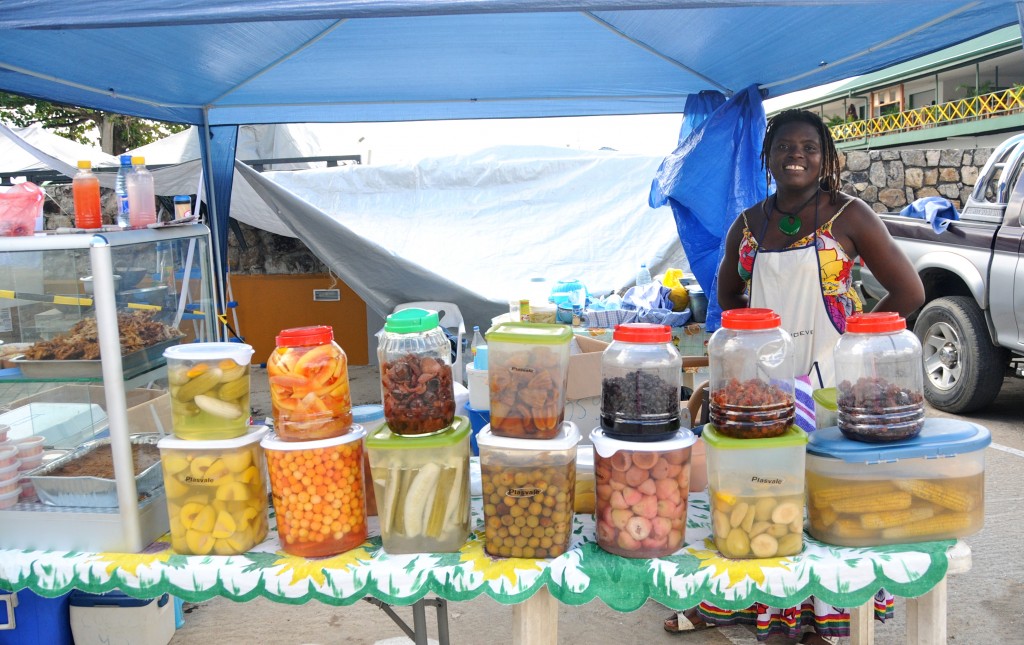 My clothes seem so sedate now. Should have bought some plaid!