It is September 18th, tikitiki ti, and I should be out drowning in chicha and heaving under a giant plate (or strangely, handfulls) of meat, but instead I am tidying the house, hanging laundry on the line (more decently dressed than in the past, as I have recently been informed that one of my ninth floor neighbors can spy me while I’m out there), and regretting having had more than my recommended daily allowance of red wine last night.

I’m all for celebrating “la chilenidad” (Chileanness), but I have a hard time with scheduled fun, and an even harder time with staying up past my bedtime. Though not enough of a hard time to also ride my bike home from Ñuñoa while having scheduled fun past my bedtime after said red wine. I was not inebriated by the time I got on the bike, though the only person I’d have injured was myself, as the streets were nearly empty while everyone else was having scheduled fun.

Anyway, I thought I’d celebrate another level of chilenidad, the kind where you can see a sign advertising crabs, chitins and urchins for sale both coming and going. 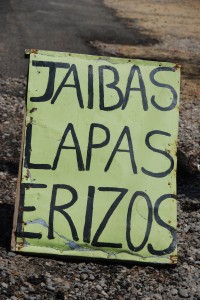 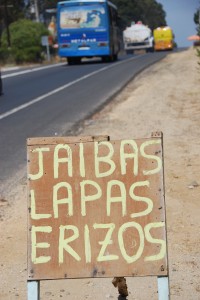 And where we were going was here: 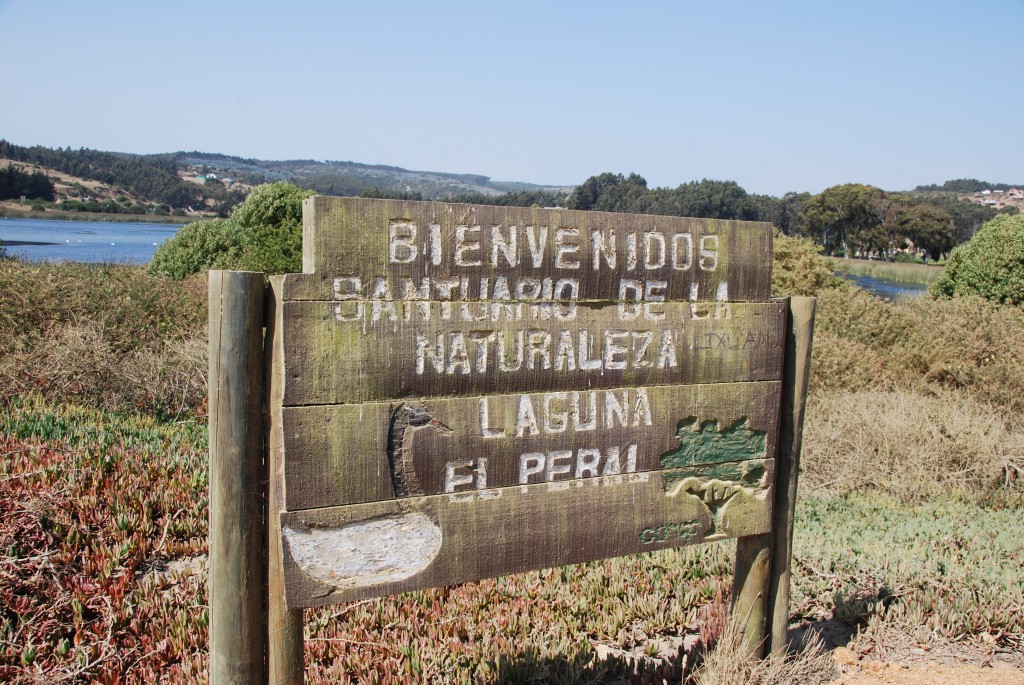 And we left our bikes by this little caseta (house/booth): 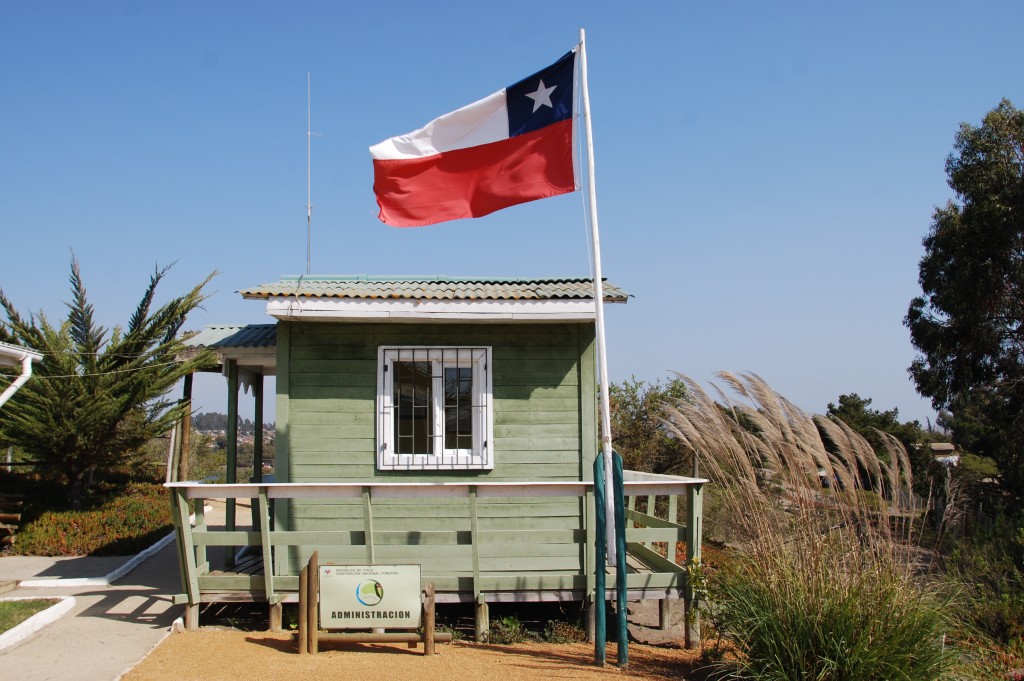 and walked down this narrow boardwalk: 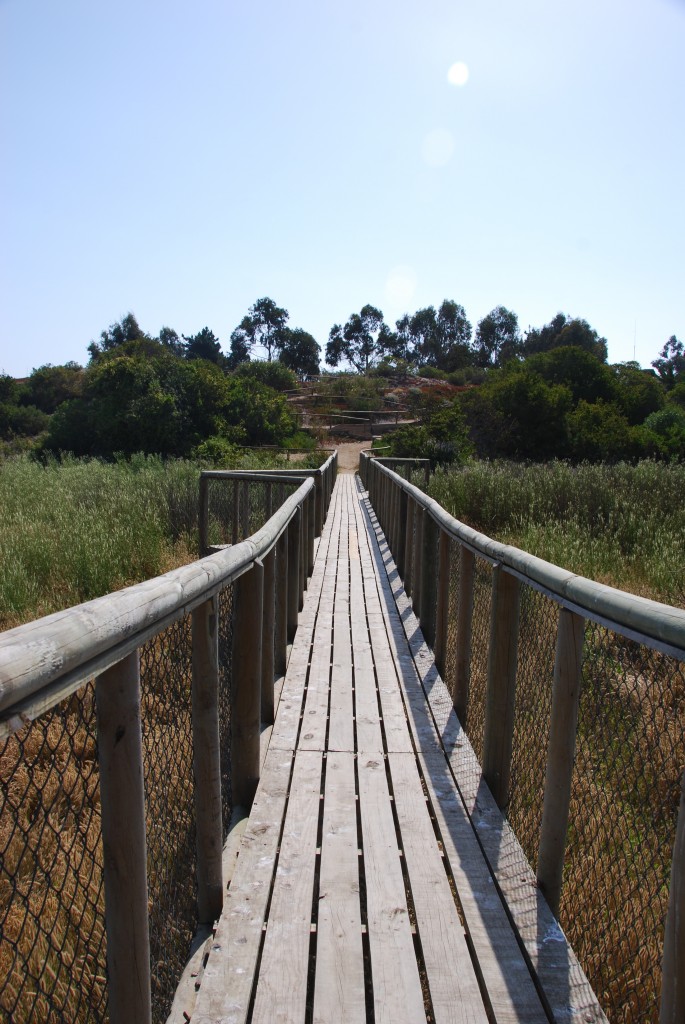 and saw lots of flowers and birds, and this plant which seems to have a problem with monogamy (as some women at yesterday’s barbecue assured me that Chilean men do as well, though I have not come in contact with this personally with chilenos): 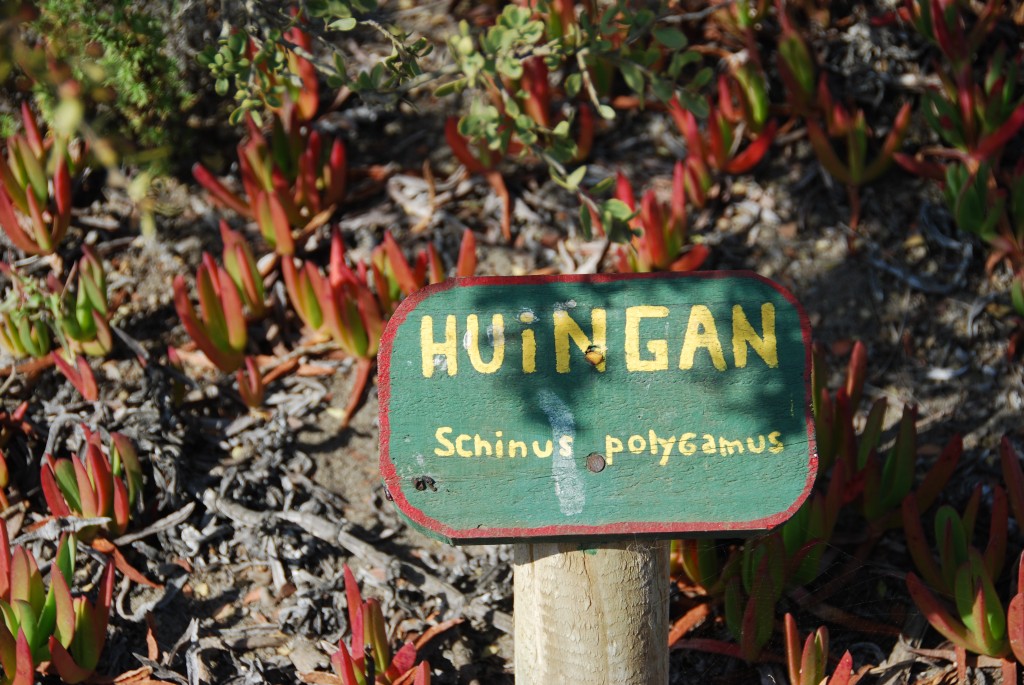 and then a gratuitous picture of a doca, which you may know as ice plant if you life in San Francisco or thereabouts. 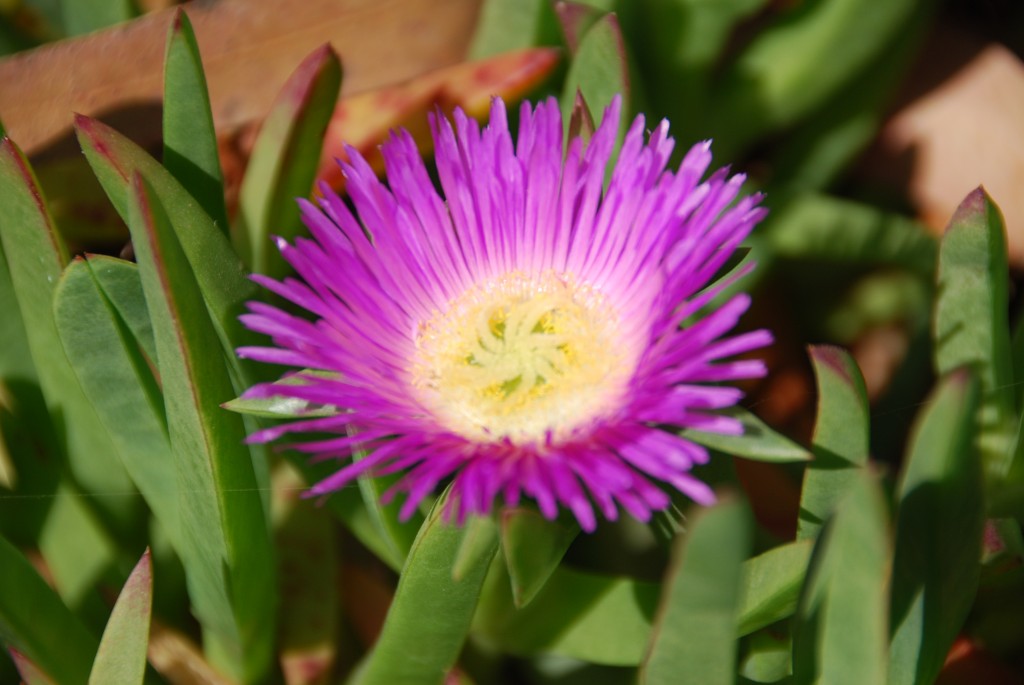 And then we retrieved our bikes and rode home on the highway, stopping to pick up some fruit at a local fruitstand, which we balanced on plastic bags on our handlebars. And that’s the way I like to celebrate la chilenidad.

(Details: El Peral is outside of Las Cruces, about 25 minutes by bus from Isla Negra. There’s some walking involved, but it’s a humedal, a bird stopover point/wetlands.) We saw herons and a bunch of other birds and also many, many lupins (flowers), and a giant stripey lizard. We were the only people there that day, which is another way I like to celebrate la chilenidad, because that’s just how I roll. Hope you’re having a fun-filled fiestas patrias, whatever that means to you!