Being the primera venta, the Esperanza feria report 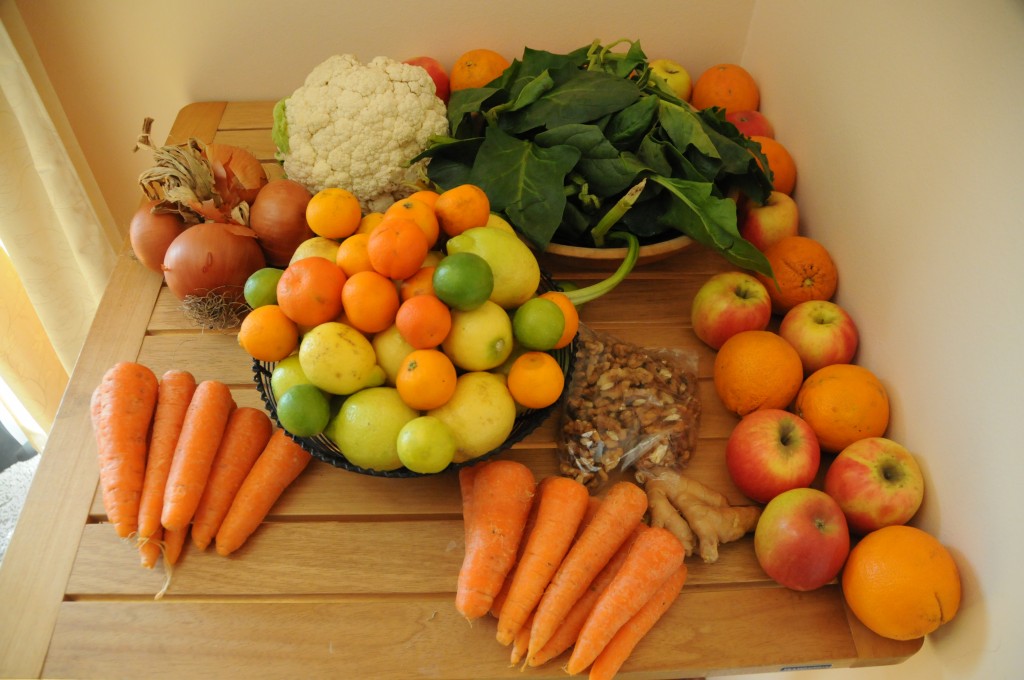 In a post that is almost completely apolitical except where momentarily (and only here) I delve into the curiousity of why we must have a plastic bag for everything, and when this started, and when it will go away (maybe in the next five years, c’mon Chile, you can do it!), today I will bring you nothing more than an orange and yellow and green and a little bit of red, in what I like to call the feria report. (And yes, of course after that, I bring my own cloth bags).

One of the great things about my new apartment (which is no longer new, despite someone coming over and rearranging my living room furniture the other day, really, it’s okay, I can use all the style help available) is its proximity to one of my favorite urban fresh markets. There’s La Vega, which is the giant one, further towards the heart of Santiago, endless paths of stalls selling, hawking, offering, calling you “caserita, casera” (lady who buys from me). But usually, unless I need something special or something in vast quantities (though you will rethink this when you read what I bought), I go to my local feria, on Esperanza. It’s about a mile from my house, and by bike, I’m there ridiculously quickly, especially if I go (as I did today) I go early.

Going early to the feria is very different than going at midday. At midday, or even later, the aisles fill with people and carts and baby carriages. The people selling have sunken into their automaton states, where “que va a llevar” (what do you need, literally: what are you going to take) replaces “hola caserita” from people who might actually remember you from the week before. For the people who sell at the feria, the day begins early, and when I show up at 9, though they’re still unfurling their table coverings, and hanging up their scales, it’s probably already mid-day. But it’s still early enough that I can be someone’s primera venta (first sale).

La primera venta, regardless of how much it’s for, brings good luck. It breaks the dam of non-purchasing, and people are always happy to tell you that yours is the first sale of the day. It’s a sweet moment for me, and as I told the guy who I bought lemons from this morning (primera venta), it’s good luck for me because I got to buy all these great lemons (2 kilos, not sure what I was thinking there), and it’s good luck for him that I bought, because I’m the first sale. I then said “chócale,” which is totally ridiculous, it’s what kids say, sort of in a “power twins activate” kind of a way, and we bumped fists. Then of course he asked me if I was lucky, and I said yes, and since it was 9:15 AM and nobody had yet asked me, he asked after my love life. I believe this is springtime-related, and has nothing to do with my purple pants and maryjane (also purple) combo.

This is what it is to be a woman, a cyclist, a fruit-purchaser, a gringa, an early-riser and chatty. This was how I started my day.

And here’s what I bought, and how much it cost. The Chilean peso is still hovering around 470. Life is better for most people (except those that want to buy dollars) when it’s at 550. Where it’s going next is anyone’s guess. But look: fruits and veggies!

Not pictured: a mandarin that tried to get away.

I would have bought more veggies, except I still have two kinds of tomatoes, beets, brussel sprouts and broccoli I picked up earlier in the week. Anyone want some juice?