I grew up in NY and went to college in New England. That’s about 21 winters of sloppy, gloppy, slushy puddles and stained cuffs and wet shoes and freezing socks. And though I’ve now spent nearly half my life mostly outside the reach of winter’s frigid grasp, I love nothing more than standing in the snow and having it land slowly on in my hair, outstretching arms to feel watch it collect on my coat. Falling snow muffles everything. Stomping feet knocking the snow off in the entryway makes me want to go to the kitchen and heat some milk for hot cocoa.

I probably romanticize snow to a great extent. And if you’re in the northern hemisphere, you’re wondering what’s gotten me suddenly thinking about the fluffy stuff. Well for one thing, there’s today’s view from the balcony, which makes me seriously consider selling tickets. See? 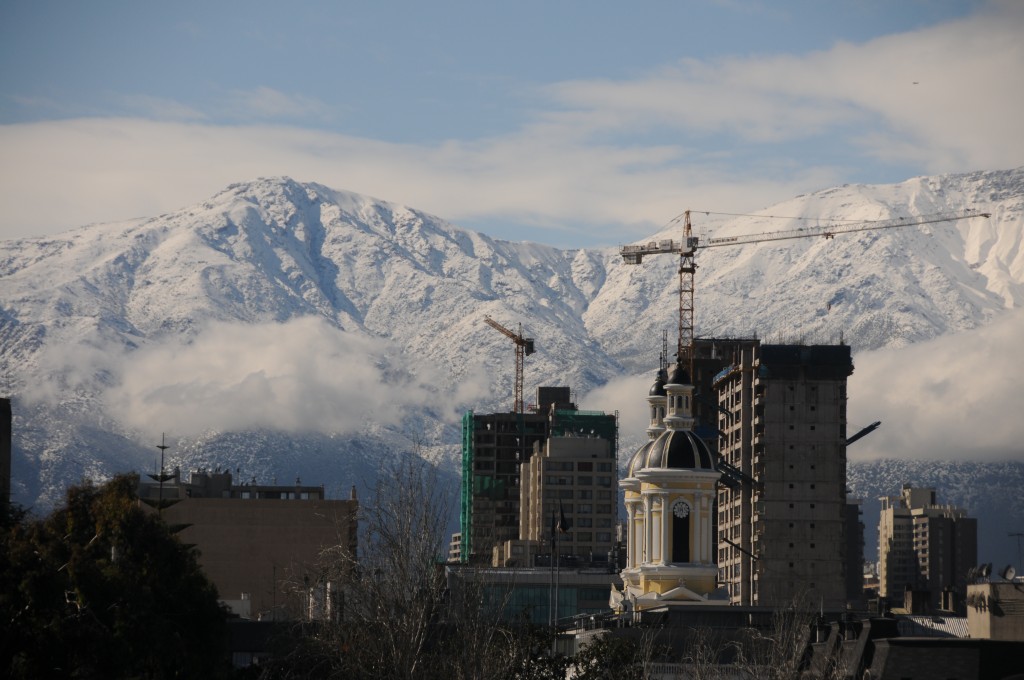 But down here in the city, we seldom see actual snow on the ground, and downtown, even less so. Which is why when we got stuck in this traffic jam on the way up to the Termas de Chillán, it kind of felt like Christmas (except I’m Jewish, but I still think I know what Christmas feels like). 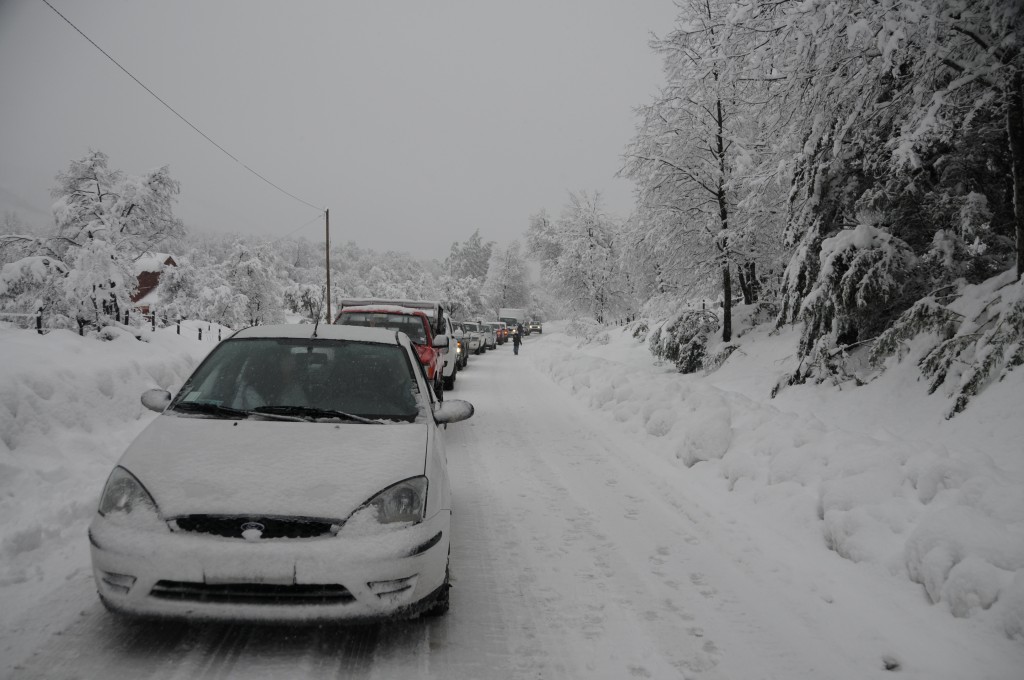 And we were admonished to use chains. As though we’d have considered going without. 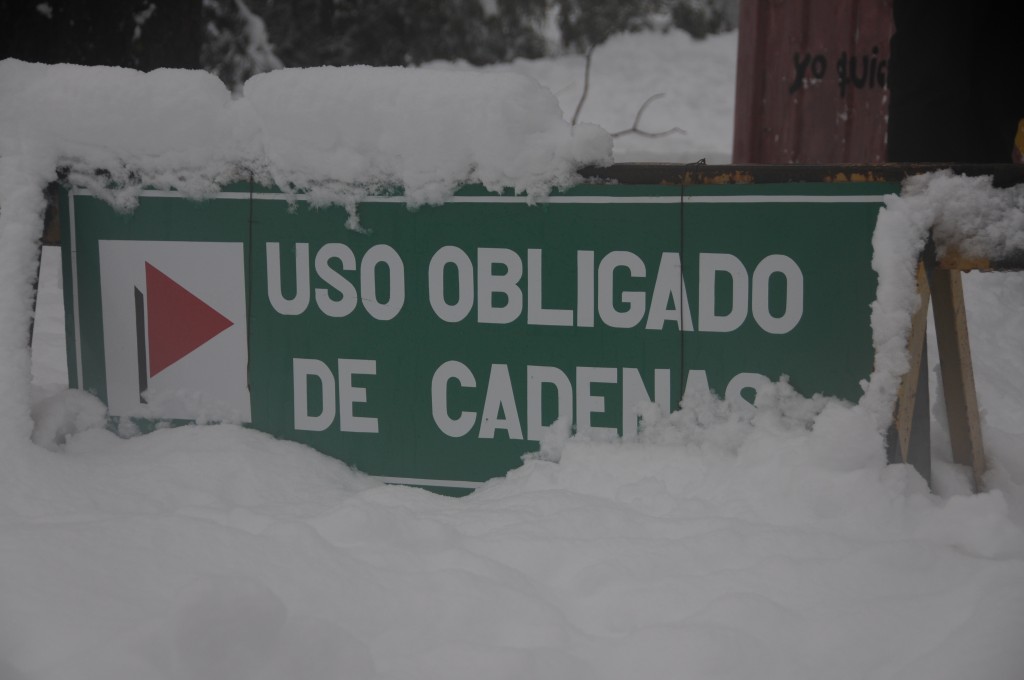 And all night long, they were trying to clear the roads, which only partially worked, and a worker was killed when a landslide crushed his vehicle. I vaguely wonder if it could have been this guy. Pretty terrible news for his family. 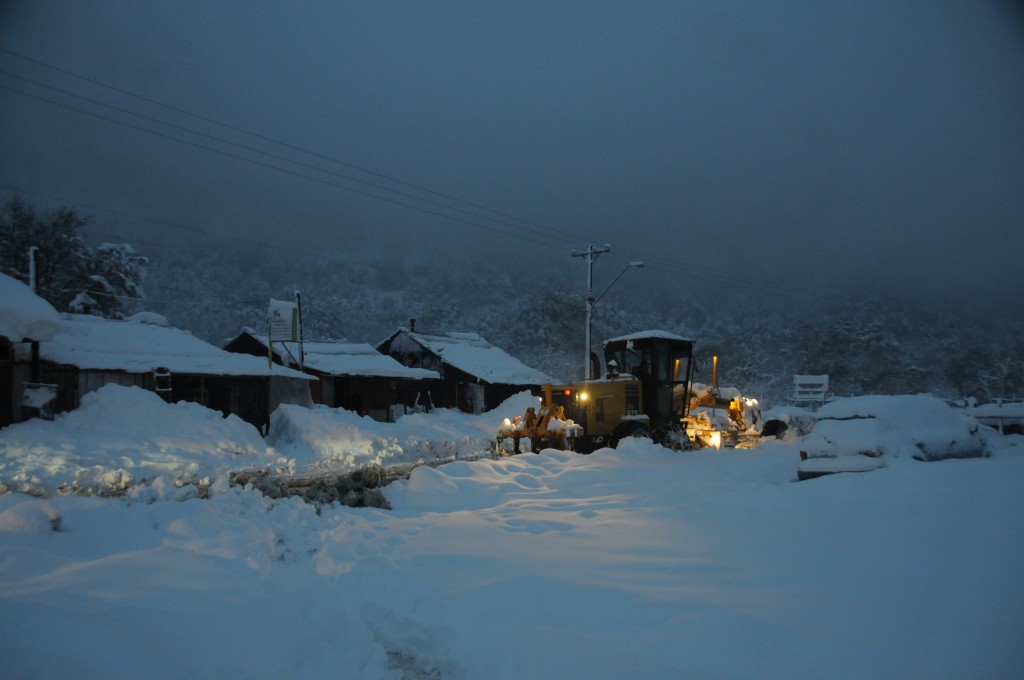 And we lost power, but the dogged among us kept working anyway. 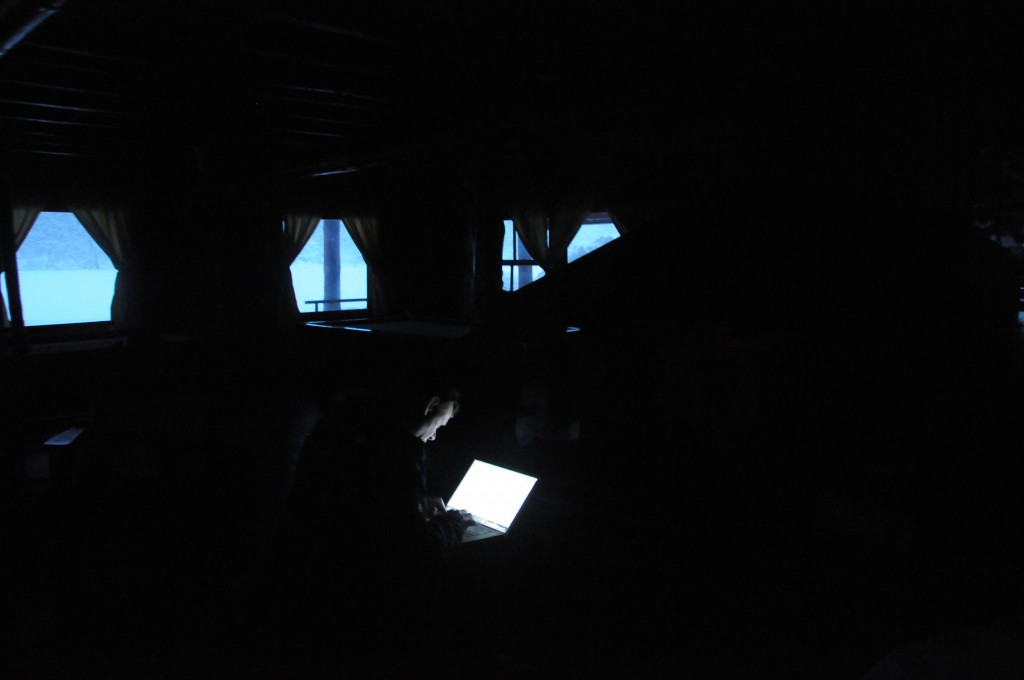 And in the morning, my first thought was, “what floor am I on?” Answer: second. 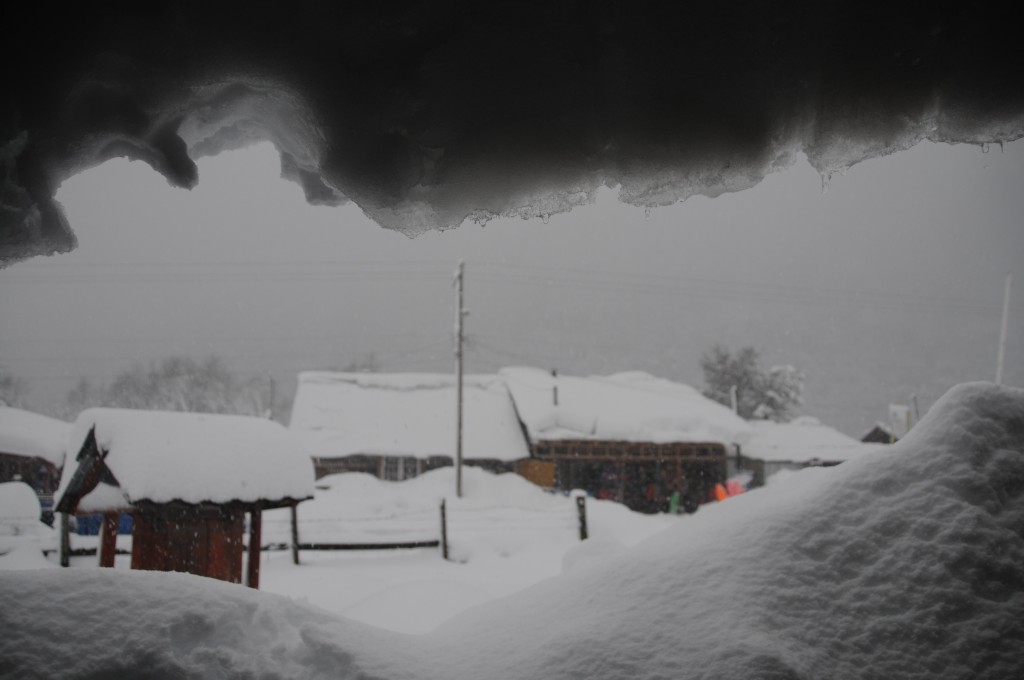 And some of the hostellers pitched in to dig out the hostel, since the mountain was closed for business (they were there to snowboard). Very nice those French Canadians. Astonishingly so. 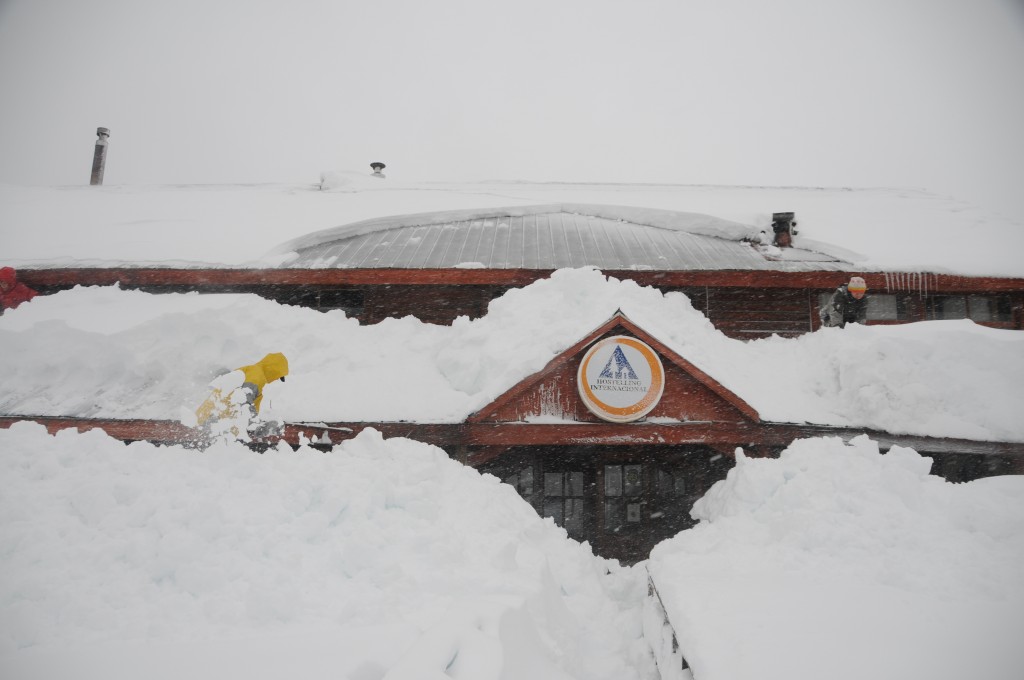 And then we finally decided that we should get out of dodge before we got dumped on again, and thus began the long way home. Kudos again to R for not killing any of us, me, Chispita (the car), or Simon the very tall and lovely Australian who crunched himself into the back of the car on the way to Chillán. 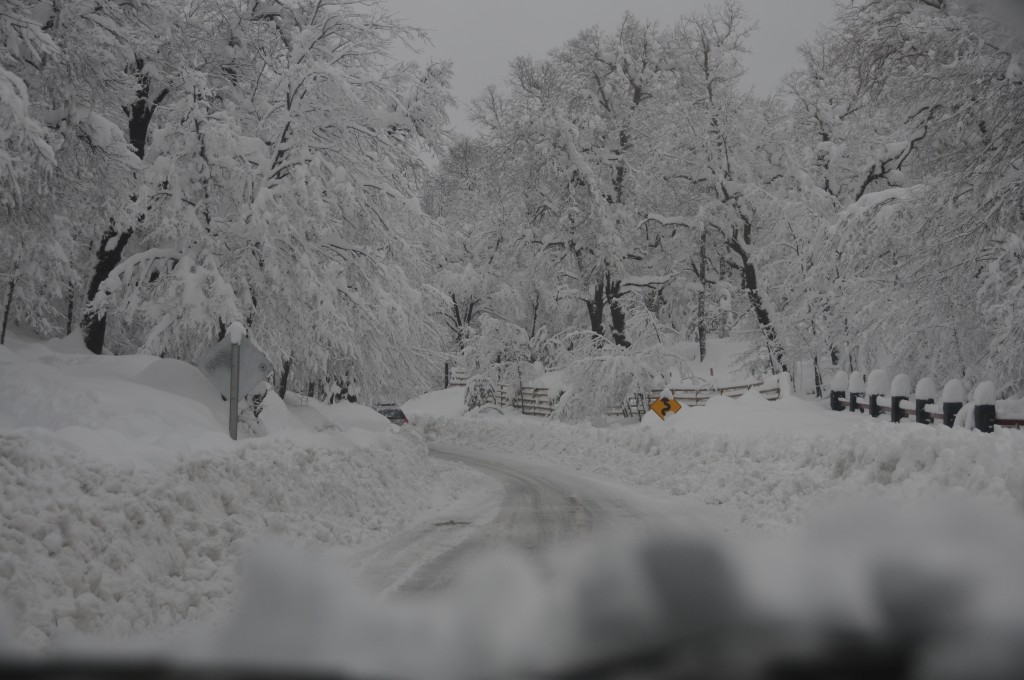 More info on this roadtrip in the following posts:

Where you least expect it, Dichato and tsunami stories but not together
Cows and salt ponds, an unexpected turn in Chile
On black sands and white-out conditions. Chile slams me in the face with the contrasts. Again.
A full-on pajama run in Curanipe, Chile (now, with no tsunami)

Oh my goodness, have I written about this road trip four times already? And there is so much more to say. How do you people who travel around the world ever manage to get it all? Anil? Dan and Audrey? I’m looking at you.