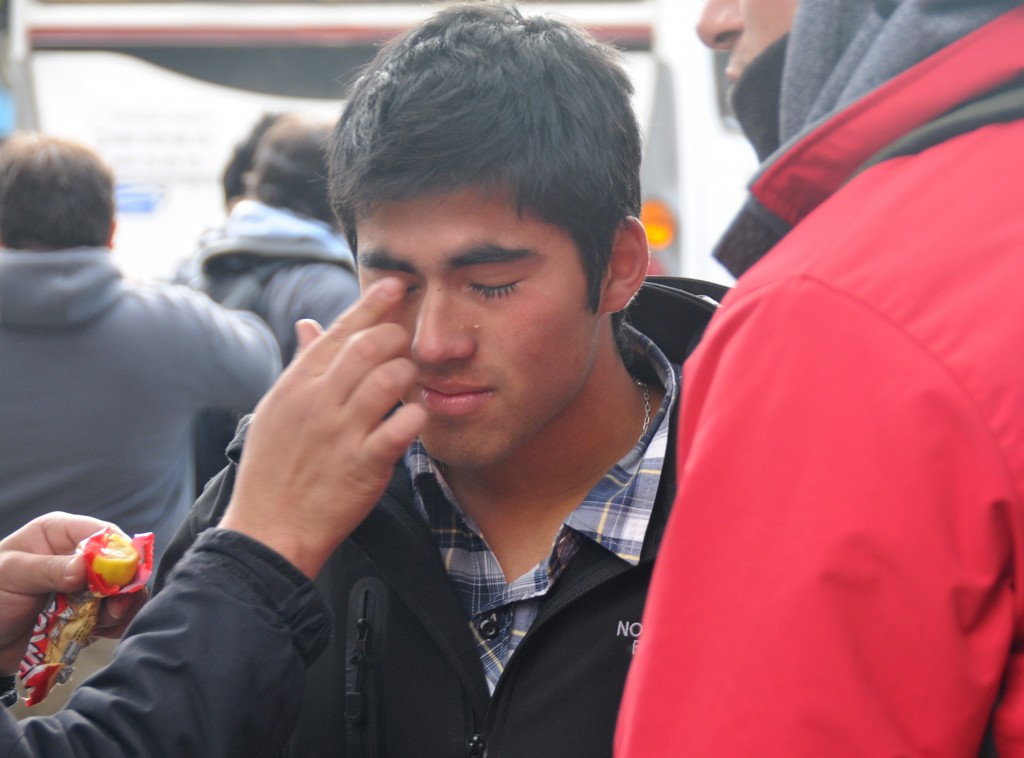 I saw a kid tenderly wipe lemon juice across another kid’s eyelashes today.

That’s crazy, all of it. Kids (teenage boys) being tender to each other, that’s just Chile (when they’re not beating the crap out of each other or hurling homophobic insults), and someone willingly let someone else rub lemon juice into his eyes? Well, that’s just protest talking. Lemon juice is supposed to help when you get teargassed. And this kid had gotten it straight in the pepas (slang for eyes).

My entire day today consisted of going to, being at, running away from, taking pictures of, and finally, writing about the massive Chilean protest for educational reform. It’s been a long time coming, the second of (I think) two, and after weeks of paros (stoppages), where students have taken over school buildings, and essentially paralyzed the (university) educational system. It’s not something I know from home, but here it’s expected, almost familiar.

And I have written here about what it feels like to be at a protest, and here too, but that one was at night, and the police were much more aggressive. It was scary. Today’s was lighthearted, tremendously entertaining, at times tender (see, boys with the lemon juice), and just powerful. I took a tremendous number of photos, none of which turned out particularly stunning. I think I need to practice crowd shots more. And shooting with my eyes closed because of the teargas. But I digress.

I wrote something very balanced, and vey fair for Matador. You can go read (and like and tweet and plus one and stumble and digg and whatever else one can do to a story these days) here.

So many of the pictures I took I wish I could talk to you about. And it’s my blog, so I will. 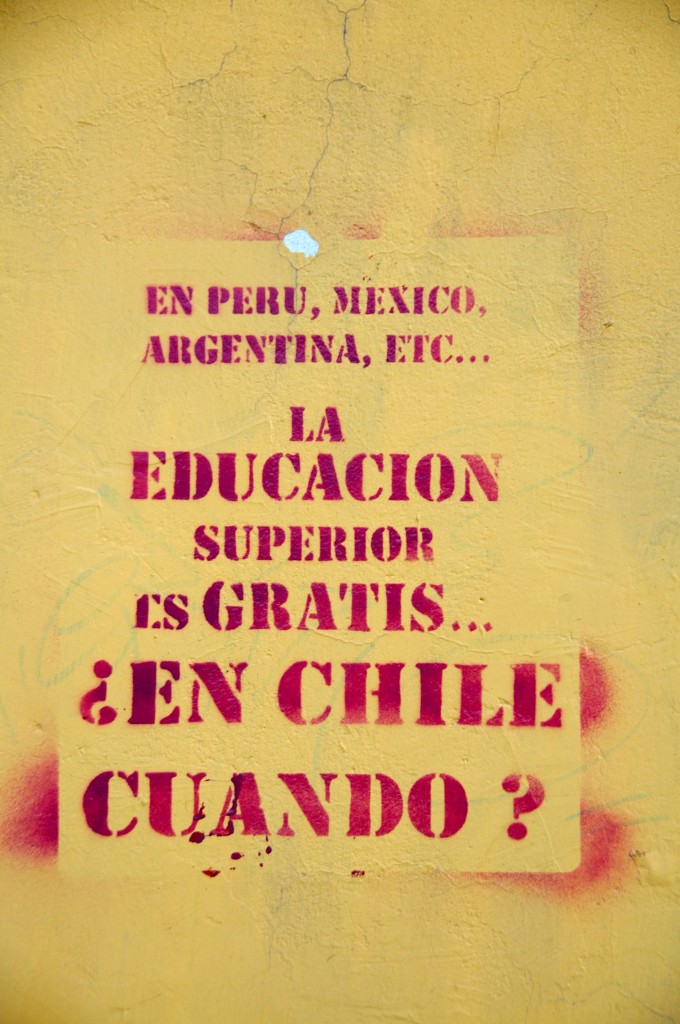 All these other countries have free education. And Chile, when? 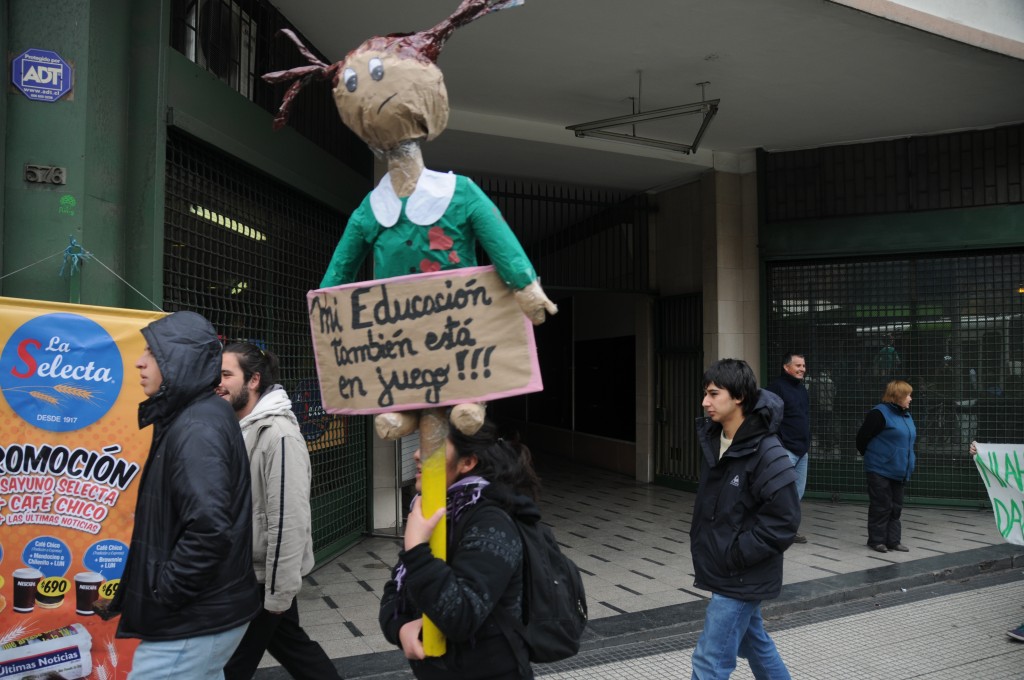 Her education is also at stake. (some word play here about the word juego (game) I think). 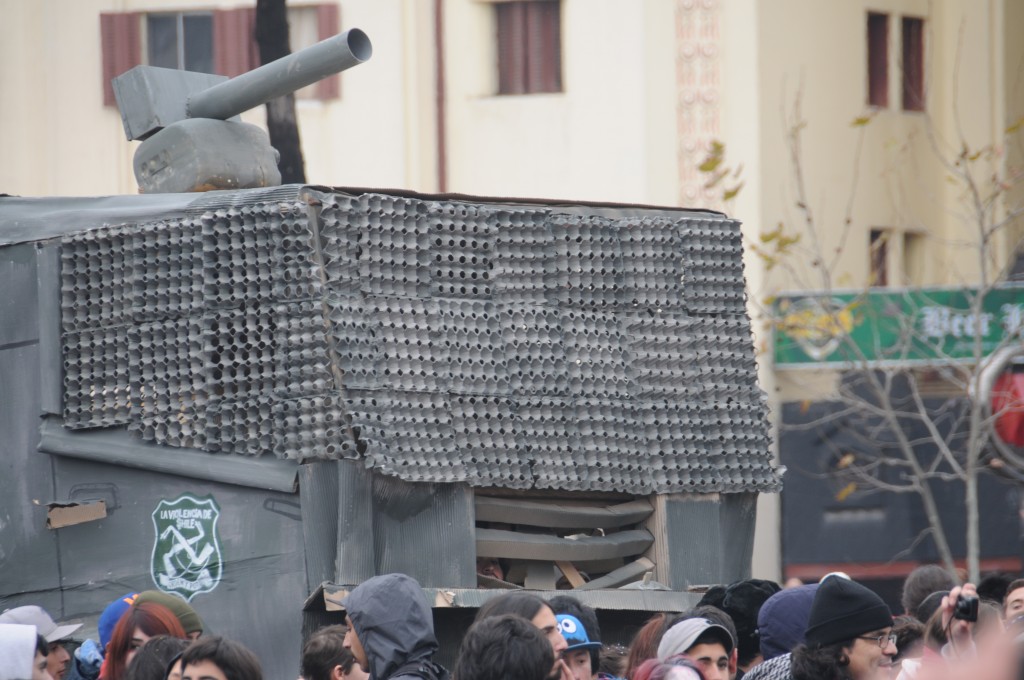 Giant, massive creativity points for this fake “guanaco” (water cannon) made out of cardboard and eggflats. Not sure about the SS insignia on the side though, kind of creepy. 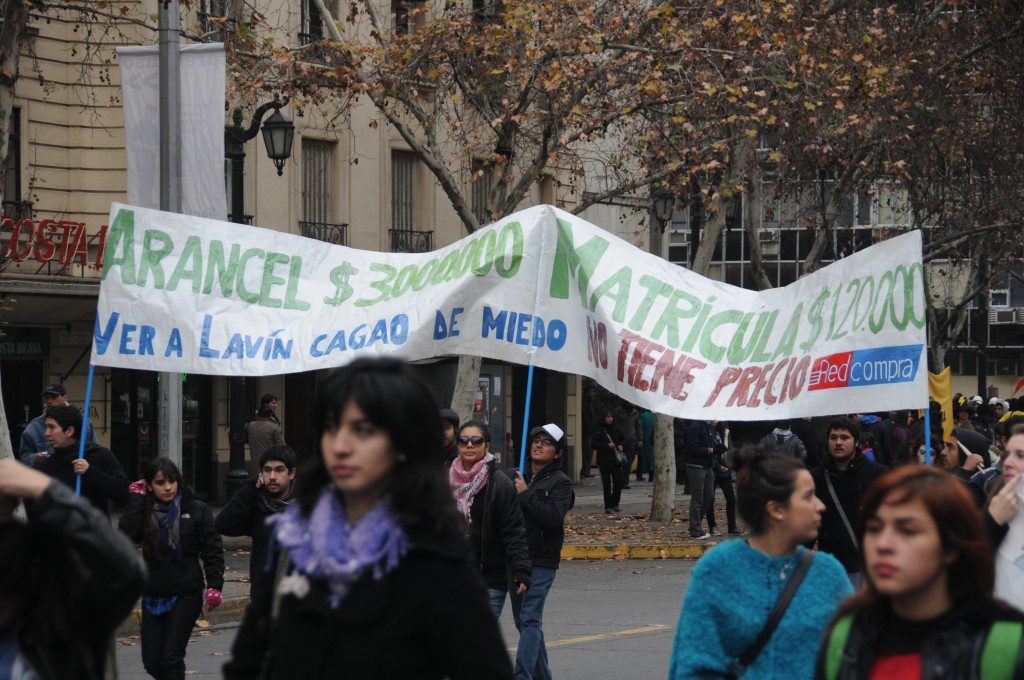 A “for everything else there’s mastercard”-slash-priceless rip off. It’s pretty funny. 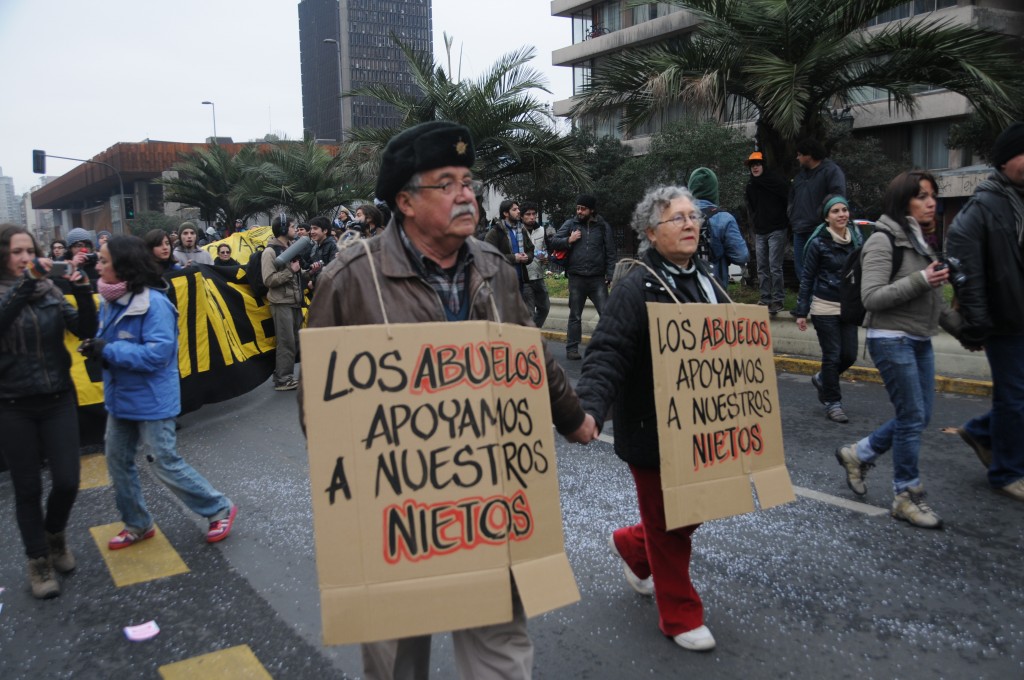 This couple was the media darlings, grandparents supporting their grandchildren. I shall now pause while you saw awwwww. 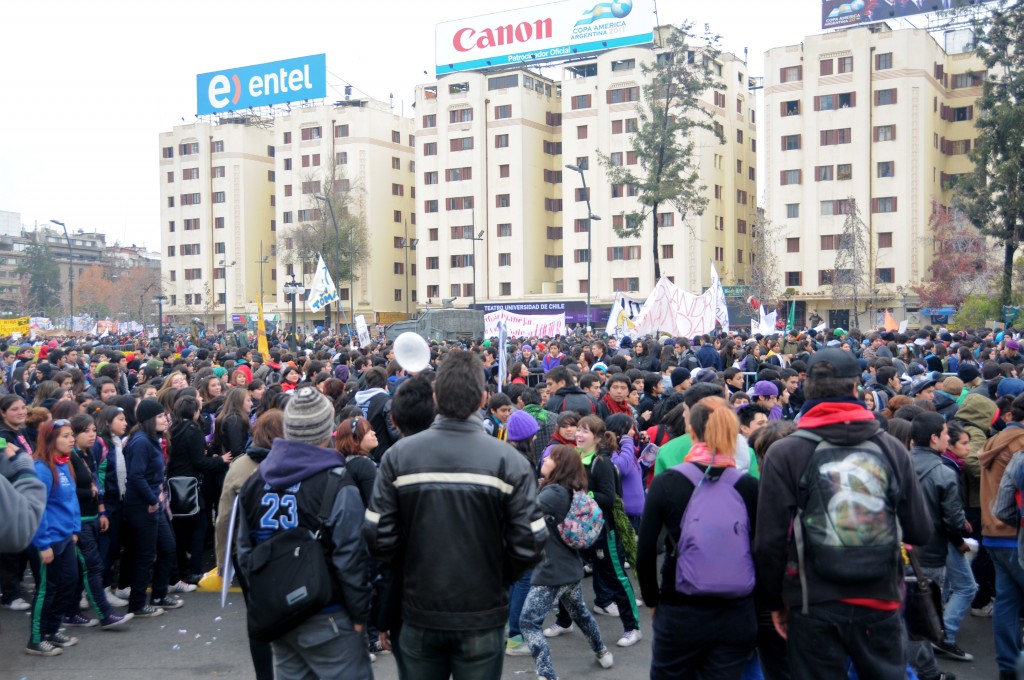 And here’s a crowdshot that shows just a tiny drop of the number of people that were there.

For more, including fire, brimstone, teargas and whatnot (without the brimstone), check out this set on Flickr.

Oh, and in case you missed it, for the official, published version (more detail/research) go here: MatadorNetwork