The Great Election Walk of 2016, in Santiago, Chile

Though it may seem strange if you are from the US or many other countries, where only citizens are given the right to vote, once you have been in Chile as a legal resident for five years (including one-year visas), you are automatically folded into the rolls of eligible voters. I wrote about my first experience voting in Chile in 2012 here. This year, a friend and I decided to make a day of the mayoral and alderman vote, doing what she called “La Ruta de Las Votaciones.”

This is kind of a joke, because it seems like everything has a route here in Chile, from the Pisco Route, to the Volcano Route, to the Coffee Route. Anyway, we were determined to spend the day walking around Santiago Centro, in places we do not always go, with the goal of both of us voting, and neither one of us being bored while exercising our civic duty.

Also, we were taking this sign to heart. It is in a spot on Manuel Rodriguez near Padre Miguel de Olivares, and the signs are changed in tandem with the times. I have seen people painting murals here, but I have never seen the signs go up. I believe they are applied with a glue and a broom, often by someone on a bike. I’m guessing it would take two people or so to put this one up. The sign reads: Tu abstención solo favorece los de siempre. Avíspate. Which means, Abstinence favors the status quo. Wake up! (in the sense of shaking things up, not actually rise-and-shining.) 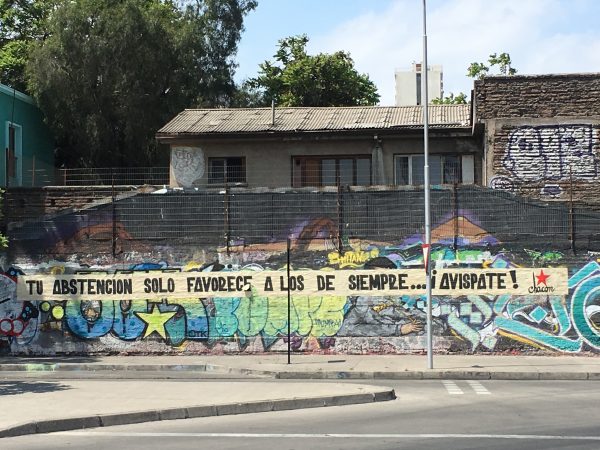 On our way further west, we saw some prettily lettered signs, and this awesome depiction of gears, which in Spanish is said “engranaje,” a newish favorite in my favorite word collection. We do not know what a piñon de ataque is, though some googling indicates it is the smaller of two toothed gears mounted to sticks. Mechanics not my forté. But look! Hand-lettering. 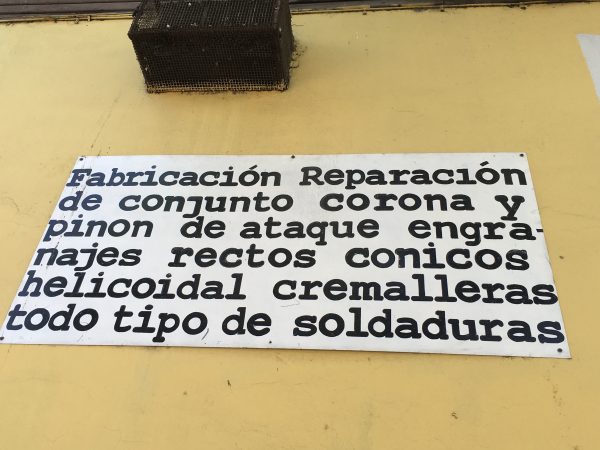 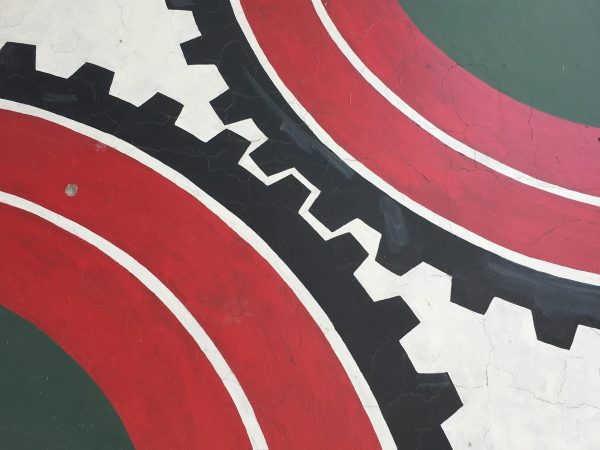 Then I voted, like you do, and as usual, the folding of the ballots, especially the bigger one was beyond me. The seals we have used to glue them shut have changed. See? 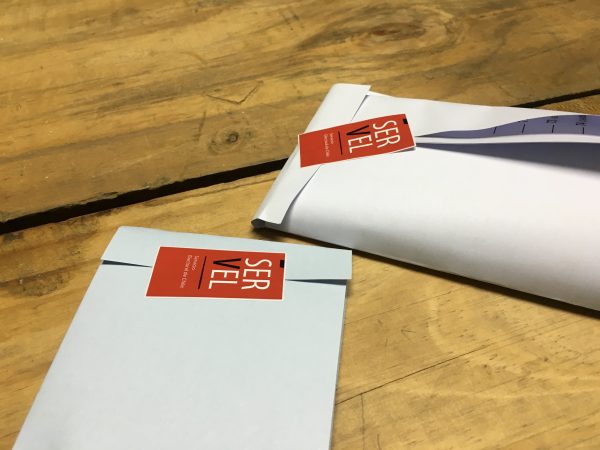 We continued on, to parts of the city I am often in but never on foot, always on bike, and because of traffic patterns, saw many murals I’ve never taken the time to look at before or can’t really see when I’m on my bike because they are too close or too far. More gears. And eyes. 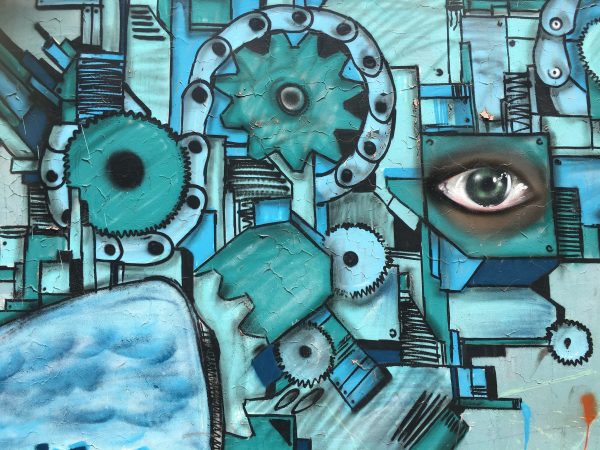 And then more eyes! 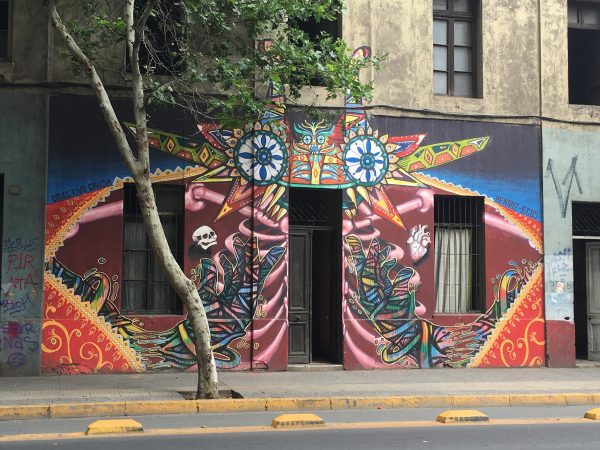 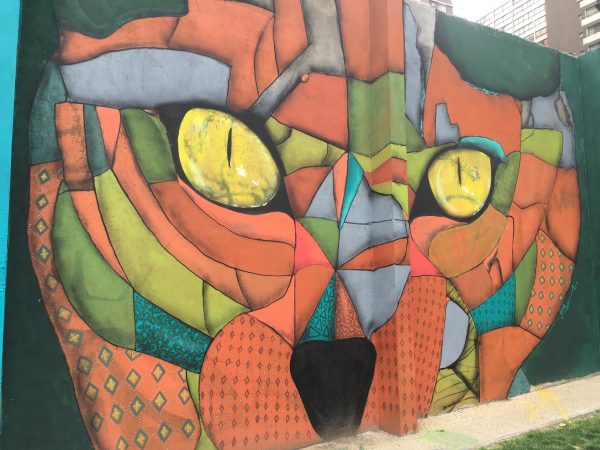 Faces everywhere. What does it mean? 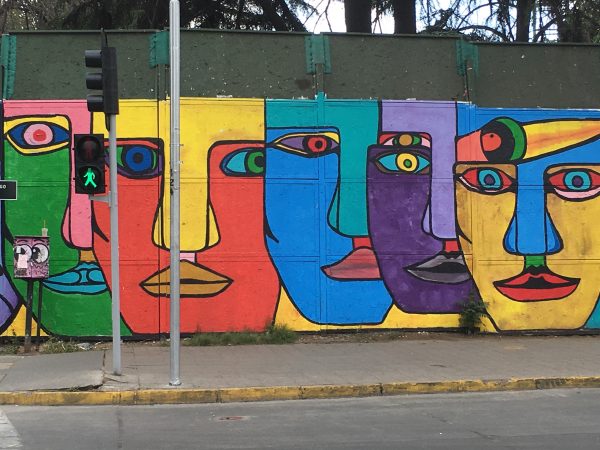 In the end, the voter turnout was pretty poor, and somehow despite there being only 43 votes at my table, there was some kind of mathematical error, that left my table “descuadrada.” (sort of like when you can’t balance a cash register). While the sign above was not exactly right about the “same” candidates winning, Santiago Centro and Providencia both swung a bit further to the right than before. To me this seems to contradict early conservative media headlines said that the immigrant vote could sway the elections in 2016 in many comunas, assuming that most immigrants vote more center left (though is this true, I wonder?).

However, Valparaíso and some other areas showed strong newbie and lefty politicians, which is the kind of change the poster-people (Brigada Chacon, related to the communist party) were hoping for. And you thought the US elections were interesting? They will be. For now, this vote is over, and my friend and I walked 15 kilometers and ate a lot of strawberries and an empanada and a Venezuelan savory pastry with bacon (friend, not me). I look forward to the changing political posters in the near future, and the continued influence of the immigrants of Santiago Centro, on the food offerings. No word on the politics yet.