More Cheese! Or as a Chileno might say, “Mas que eso” 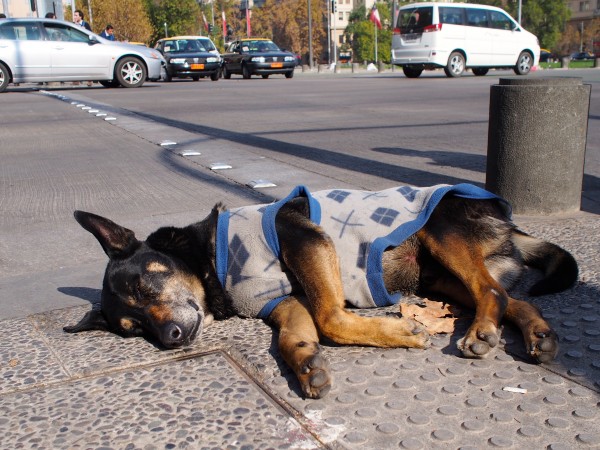 Muletillas means “little crutches,” where muletas are crutches (may you never need this word, and also not cabestrillo, which is a sling, which is not related to this post, but may you never need one of those, either). So muletillas would be little crutches, following the -ito/a or illo/illa is the dimunitive rule. Though sometimes it seems to mean kind of a variation on a theme, as in zapatillas, the word we use in Chile for sneakers, which are not really smaller than shoes (zapatos), and yet they have that -illa.

Muletillas are little catch phrases, like um, well, so, etc. In Chile there’s o sea, and in some Central American countries it’s este. You toss them in where you’d have a verbal tic in English, and no one is any the wiser.

But there are also these phrases that come up so often that to learn them is to get 50 more points and an extra life in the game of Chilean Spanish. They’re the kind of things that sneak up on you, that you don’t notice that you say all the time, until someone else points it out to you.

For example, así que. I had no idea I said it all the time, until a Canadian guy I knew and I were walking around at BioBio (the flea market, not the river, nor the region), when I first moved to Chile, and he kept on hearing me say it. What is “asikay?” he said. Asikay? I have no idea, where did you see it? I said. Noooo, he said, you keep on saying it. And then when he heard me saying it he jumped in and said, seeee, “asikay.”

Ahhhh, I said (we used a lot of double and triple letters then, it seems), así que is a kind of “so,” I said. Why, I used it just yesterday.

Eileen, walking up to the police forming a roadblock, the smell of teargas fresh in the air.

“Disculpe, vivo en la otra* calle, como llego a mi casa?” (Excuse me, I live on the next street, how do I get home?) * we use “otro” to mean next sometimes in Chilean Spanish. Next Tuesday would be “el otro martes,” for example. Sometimes it also means a day in the past, like “El otro día“. It is probably pesky to have a single word mean next and in the past, but it generally works out. Yay verb tenses.

“Asi que tengo que dar toda la vuelta para llegar?” (So, I have to walk all the way around the block to get home?)

Worry not about the protests and teargas, it’s kind of par for the course.

Mas que eso is another one of those hear-it-all-the-time phrases in Chilean Spanish. To the gringo ear, when pronounced by a Chilean, it sounds alot like like mas queso (more cheese). There’s a tiny dip in the e that ends the que, before the e in the eso, but it’s not particularly noticeable, and a change like that in English might not be important. So, more cheese. But not.

Más que eso, means “more than that.” And you wouldn’t think you’d hear it so much, but you’d be wrong. In Chile, it often begins a phrase.

“Quiero ir, pero más que eso, quiero que me inviten” (I want to go, but more than that, I want them to invite me.)

Or you can use it to end a phrase.

And as a bonus, if you are wondering, the difference between más and mas, is that you need más, and you don’t need mas. Well, a slight exaggeration. Más (with the accent) means more, where mas (no accent) exists as two different kinds of “but” (pero and sino). But that’s for another day. It’s freezing cold after two days of rain and snow in the mountains, even the dogs are wearing sweaters (see above), and it’s time to drink some té. (tea, because te with no accent would be “you,” and that’s just weird, plus I really only want to be friends, no more cheese).