Shooting film after many, many years (plus two photo-related datos)

Several years ago, when my mother was first talking about moving out of her house in NY, and my sister and brother in law were packing up their house to move to San Francisco with two kids I am no longer allowed to call neither niecelet (13), nor moppet (6), the issue of stuff came up. We had more stuff than anyone wanted to cart all over the place, and since I’m the family photographer, my mother asked me if I wanted to take some film cameras that haven’t been touched since at least 1981, and probably since way before that.

I took a Yashica, and this Minolta SRT 101 back to Chile (possibly flouting the weight-of-your-carryon rule), and later, brought them to the camera guy that everyone told me to go to, which is at Técnofoto, (MOVED– Ahumada 6, of 125, piso 12, thanks, helpful reader/friend M!). Cel 72978149. He’s open from Monday to Friday 10-2 and 3-8, but don’t be surprised if he’s not there. He’ll probably be back in a few minutes. Bring a book. Very nice, helpful, seems honest.

He looked at them both, and when I told him I would probably only fix one, he pronounced the Minolta the better one to fix, told me it was in pretty good condition, pointed out what was not, and told me to come back in a few days, which I did, and picked up the camera with a functioning light meter, un-stuck timer, etc.

I still have the original leather case, not pictured, but here’s what was once my father’s camera. 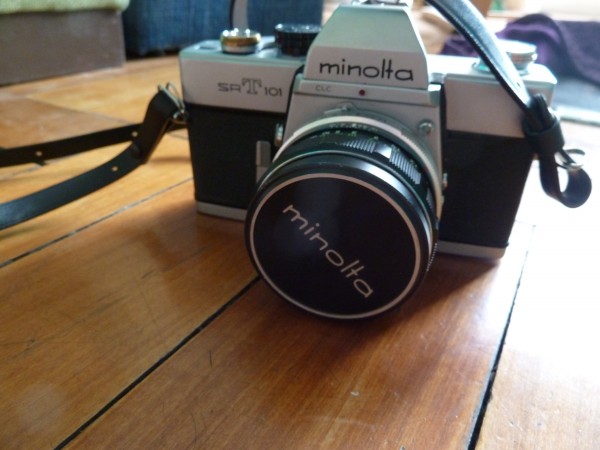 Over the course of oh, I don’t even know how long, I took most of a roll of 36, and yesterday decided to finish up the roll to see qué onda con la cámara (what’s up with the camera), because I’m going out of town for a few days soon, and I wanted to see if it made sense for me to bring this little camera. So I went and had the film developed and printed at Photolab, which is at Merced 832 locale 32, to the side of a caracol (literally, snail, but figuratively an interior arcade with a spiral shape up to the top) that mainly sells sewing supplies and bachelorette party type “toys.” The camera store is to the right, and they probably have some of the best prices on film in the city, for what it’s worth.

A couple of hours later, and I had in hand the first film pictures I have taken in probably 20 years, with a camera that hasn’t been touched in 30. The jury is still out on a couple of things, my ability to focus with my eye, the mediocre function of the camera in low-light and cloudy conditions, whether it is better to use the onboard light meter or my mini digital camera (how funny is that?), and whether a certain muddiness is due to the camera or the chemicals. I will have some reprints made at another place to see how they look.

36 exposures, 9 photos that I do not actively dislike. I’m pleased. I’m hoping the film camera will help me to slow down a bit, not click quite as much, and risk the chance of missing a shot, due to the cost of film and developing (not insanely high, about $8 for both, but not something I’d want to spend daily). It also means I have actual physical pictures to hold in my hands, look at and then, ridiculously, take pictures of with the minicam and post to my blog. 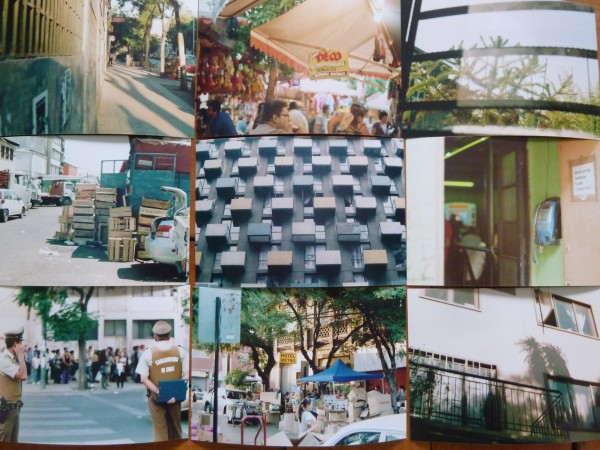 Also, fear not, I will continue to digicam my life away, with the various other cameras. But really, I highly suggest that if somewhere in your basement or at a garage sale you can get your hands on one of these, and you have even the slightest interest in figuring out how to make it work, that you do. It’s like getting a different prescription on your glasses. You see the same stuff, just a little differently.