Know what I mean? Canned expressions and politeness in Chile 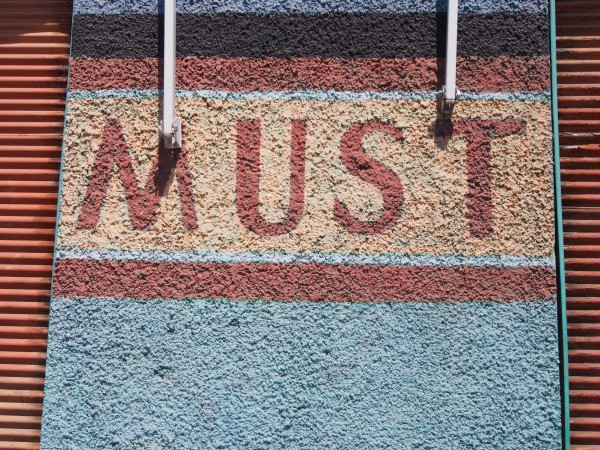 Must write about language. Again.

When first learning a language, you start to notice the expressions or words that you use all the time in your native language that you can’t find in the second one. In Chile, I struggled with “afford,” as in “I can afford it, but I don’t want to pay that much.” There is no word for afford exactly, though we have alcanzar, which means “to reach,” but we also use it for resources, such as money, saying “no alcanzo” when we mean we’ve rifled through our pockets and there’s not enough money to pay for what’s on the table,” and also time, where “no alcanzo” means, I don’t have enough time to go to the bathroom and then get back on the bus, which means I will have to use the bathroom on board, with is a bit vile in any language.

Another such expression was “I wonder.” I never realized how often I said this until I found myself without a way to say it. I’d be all, Yo… and then realize I had nothing. In the end, it turns out we say, “me pregunto,” (I ask myself), which to me is more direct, there is a question and I am seeking an answer, whereas I wonder is more of a “sondeo” or a testing of the waters to see this and that and which way is up. Which of course makes me wonder about the nature of wondering, and if, by naming it something less concrete in English, the nature of our wonder is more diffuse than the Chilean/Spanish speaking one, in which one must ask as opposed to mull over, and must ask only oneself, and not the world at large.

Another place where English and (Chilean?) Spanish diverge is in the deeper conversation when you need to know if you are on the same page as someone. I am leaving aside the issue of “cachar,” which is more of a “get it?” than a “do you understand.” I love cachar, in all of it’s crazy forms, like “no caché” (I didn’t get it), and “cachaí?” (do you (informal) get it?) and vos cachaí, when I mean, “You (very informal, sometimes rude) get it.” There is something that happens with the vos where we in Chile use it often to be confrontational, but I think I’ll have to explore that later. Suffice it to say that in Chile, “y voh?” (aspirated s) does not carry the same weight as the good-natured Argentine “y vos?”

Now, back to that same page. You’re out there explaining something and I’ve gone of the tangential deep end. You’ve gotten esoteric, lost your thread to reality, made analogies that make sense to no one but you. Or you’re talking about a feeling you don’t really have a name for, like being happy for someone but a little bit jealous, or 90% convinced you don’t want to do something, but finding yourself 100% committed to doing it.

You’re explaining this, and you look at your listener, and they’re looking a little glazy. Or you rethink what you’ve said and realize it might not make a whole lot of sense.

Do you know what I mean?

In English, this is a good way to check in with someone else, to see if they’re following. But it tasks the listener to have figured out what you’re talking about.

No sé si me explico (Lit: I don’t know if I’m explaining myself).

This is what I would say in Spanish where in English I’d use the above. In the field of discourse analysis, you’re looking at the socio-psychological characteristics of an utterance. And while it is totally unfair to talk about the psychology of an entire country or language group, in the same way I explore the difference between “I wonder,” and “me pregunto.“, I’m going to say there’s a difference between saying “Do you understand/know what I mean?” and “I’m not sure if I’ve explained myself.”

The first puts the onus on you, the listener, to follow or not. If you do not follow, it assumes a level of fault, or daftness, on the part of the listener, even if the explanation was nearly nonsensical. The speaker will have to explain it again, but maybe not before sighing and wondering (or asking themself) where you got dropped off and how to make this thing a piece of shared information.

In the second, you acknowledge that if there is a lack of mutual understanding, it is you, the explainer, who is at fault. Did you do a good job? If not, you can come back and try again. No sigh, just, gee, I hope I got this right, and if I didn’t, let me fix it.

I’m not saying that you can’t express what we say in English in Spanish, or what we say in Spanish in English. We can. And certainly we have words for “know what I mean?” (using the word entender) But more often than not, I find myself asking the blame-myself version when I’m speaking Spanish, and it’s what I hear the most as well.  I think the idea of blame-shifting, and the preference to make it someone else’s fault vs. your own (as I might have done in the states), says a lot about the culture, or perhaps about the person saying it. And if you have a tendency to believe that it might be due to your own inadequacy that your listener doesn’t get what you’re saying, or if it would make you uncomfortable to accuse them of not understanding and you’d rather accept the blame for lack of clarity, well, then I think that says quite a lot about the culture, too.

Know what I mean?