On ducks and bugs, and other animal-based expressions. With love, from Chile. 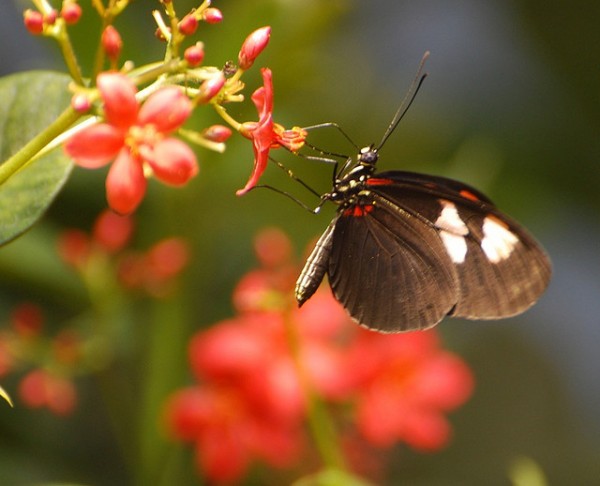 I was recently describing someone I know to a friend of mine, and used the expression “she’s an odd duck,” an English expression that is kind of playful, like, she’s peculiar, but not a bad person. I like her, but she’s not precisely what you might expect.

And that (like everything) got me thinking. In Chilean Spanish, we say “bicho raro (strange bug/creepy crawly creature).” (By the way, in Spanish, the punctuation goes outside of the quotation marks, and this causes me great consternation when I am writing something Spanish within English text, as I never know whose convention to follow.) It’s slightly more negative, said with more judgement and derision, perhaps more like what we mean when we say “freak” in English. But you could pick it up and use it more playfully, if you like. A mostly unrelated topic about the word bug (or words that sound like it) is that people use the nickname “Vicho” for kids named Vicente. But since the b and v in Spanish are both pronounced as kind of a hybrid between how they sound in English (and the same as one another, a kind of unreleased voiced dento-labial fricative), it sounds like they are calling their kids, “bug,” which is either cute or horrible, depending on how you look at it.

Then we have the monkeys. Monkeys, you say? Yes, monkeys. Whereas in English if I disagree with someone to the point that I will absolutely not do what they suggested and want them to go far, far away, I would say that I told that person to “go take a hike” or “go fly a kite,” things that Chileans like to do just fine, especially with the kites, in September, for the national holiday. Chileans, however, will not tell you to to hike or fly a kite, but rather take out their aggression on the monkeys, saying “lo mandé a freír monos” or “freír monos en Africa.” Let’s take the first one. The full expression is “I sent him to fry monkeys.” Which I guess the point is, to take him away from where you are (like hiking) or keep him busy doing something that is not bothering you (like say, flying a kite, or you know, frying up some monkeys).

But if you haven’t yet fried up any monkeys, do not despair! Because you can paint them. “Pintar el mono” or being a “pintamonos” which literally means “paint the monkey” or “monkey painter” means to clown around, and call attention to yourself. I can handle that, and it’s easy enough to makes sense out of. If you had a monkey, that would call attention to you, and if you decided to finger paint it, or maybe lay on some acrylics, people would definitely notice you. And noticing you is what you DO NOT WANT if you are Chilean, where the goal is to pasar piola (go unnoticed). There are a lot of expressions that have to do with calling attention to yourself in Chile, in ways that make you understand that doing so is an undesirable trait or behavior.

For what it’s worth, we don’t actually have monkeys in Chile. I am not sure whether or not we have seals (though I know we have sea lions, see: San Antonio). But the seals also do not get off easy, as in the expression “echar la foca,” literally “throw the seal.” This means to shout at someone, usually in reprimand for having done something wrong. Monkey painting, perhaps? Also, seals seem like they would be heavy, slippery, and unfriendly to the idea of being thrown. Attempt at your own risk.

And this leaves us nearly at the end. If you have enjoyed your serving of bugs, monkeys and seals, be sure to tip your server. If not, then you might want to sneak out without paying (dine and dash), or as we like to call it “do the dead dog” (hacer el perro muerto).

Don’t ask me why, I just live here.

*I have many pictures of icky bugs. However, most people do not find butterflies disagreeable, thus the butterfly that starts this post. Photo taken at a butterfly exhibit in Washington, DC.