When we is singular, and may or may not include you. A tale of Chilean (and other) Spanish. 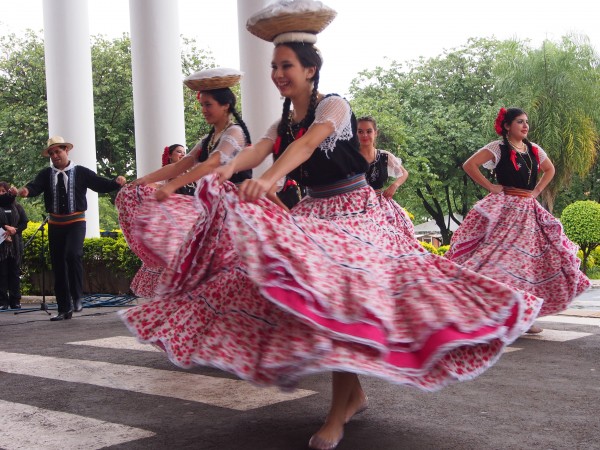 Nosotros. You learn it early on in Spanish class, the first person plural, what happens when you add someone to your self. I plus you is we. Right?

As you may or may not know, I just got back from Paraguay. If you don’t know, it might be because you don’t follow bearshapedsphere on Facebook. Understandable. Facebook is a pesky plague, cierto?

So, Paraguay. There are many reasons why Paraguay has been on my list of places to go.

2. I had entered unknowingly semi-illegally once (whoopsie!)

3. It has big rivers

4. Very few people I know have ever been there

5. Paraguay has achieved a level of knowledge of and speaking in Guaraní (an indigenous language group) that far exceeds the actual indigenous population. That is to say, many people who do not define themselves as indigenous speak (a semi-urbanized form of) Guaraní. It is even, I’m told, viewed as “cool” among the politicized youth to speak it. Yay for healthy and growing languages!

6. (related to 5), I wanted to listen to how people mixed the two languages. As a consequence, my notebook is scribbled with pages that say something like G-G-G-G-G-G a lo mejor or G-G-G-G cualquier cosa, etc. where G refers to the person speaking in Guaraní, and the other words are pat phrases in Spanish meaning, respectively “most likely” or “if anything comes up.” 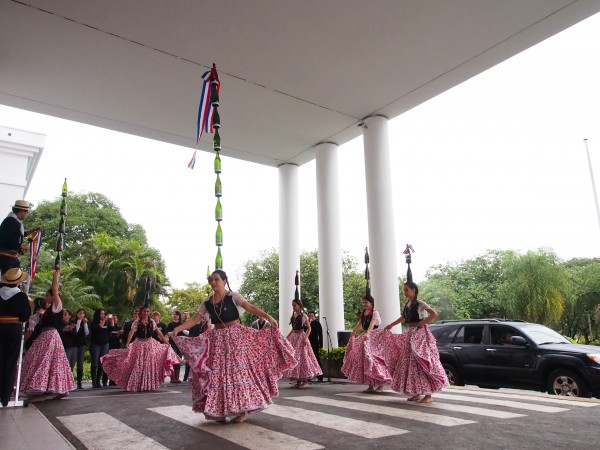 One of the interesting features of Guaraní, in which I can only reliably remember one expression, which is “mishi mi,” which means a little bit, and I only know that because someone told me and then I saw it in a advertisement, is the fact that it has two “we” words.

One of them ore, means us, but not you. We went to Paraguay, meaning (for example), Cari and I went, but you did not. Which is probably the case, see point 4, above.

The other one of them is ñande, which means, “we” including you. So we have never seen a real-live unicorn (in a universe where unicorns exist=0, and please forgive me the logic blabla, I do enjoy throwing it in there).

But as I mentioned, I don’t speak Guaraní. But I do speak Chilean Spanish. So I’m going to tell you a little about the we (and the we- forms), as applied here. The nosotros form of the verb is the one that ends in –amos or –imos. Vamos, means “we go” or “shall we,” and in the past, it is “fuimos” (further proving that the irregular verbs are nearly always the super important ones, than you Stephen Pinker, pop linguistics, and a mind like a steel trap).

So you’d think that when I say, for example, “Fuimos con Cari a Paraguay” (literally, we went with Cari to Paraguay), that there were how many people involved? If you were speaking English, that’d be, at least three. We (which is me and someone else), and then Cari.

But as it happens, in Chilean Spanish, Fuimos con X can easily mean “X and I went,” in which there are only two people involved. (Which is in fact, what happened in this case).

I think (and this is just a theory) that it’s because in the Chilean culture, it is rude to be autoreferente, which you could mean self-absorbed, but in this case means “to talk about yourself (all the time)”. If you want to say “Cari and I went,” the expression (as you are taught it in high school) could be “Cari y yo fuimos.” But Spanish has a very free word order due to the fact that it is heavily-inflected, meaning all verbs and adjectives are easily connected with their subjects, objects and direct objects through verb endings, gender and number agreement. So in order to emphasize a word, you (generally speaking) bring it to the front of the sentence.

Let’s say it’s the “going” that needs emphasis. No problem. Move the go-verb up to the top of the sentence.

But now I have a problem. I wouldn’t normally say (in Chilean Spanish) “Fui con Cari,” because I’m using the I form at the front in a sentence about two people, which is rude. (fui is the first person singular form, and it would be fine if I were the only person who went, I can easily say, “fui sola.”

So instead, I say, “Fuimos con Cari,” (or fuimos con la Cari, which is a whole nother post).

And of course, by now I have adjusted to this, and so when someone says, “fuimos con” or any other nosotros-formed verb, I withhold my guess about what is going on until later in the conversation, which is probably what Guaraní speakers have to do when they hear nosotros or we or nous or whatever other we-words are, to figure out if they’re included or not included.

We had a great time in Paraguay.

Now you do the math.

Photo 1: a dance performed at the Centro Paraguayo-Japonés for the Fiesta de San Juan. It celebrates the chipa (national bready snack) and the chipera (the woman who sells them). I think every culture should have a dance and song related to their national snack. Anyone working on the completo dance?

Photo 2: a dance involving the balancing of great numbers of bottles atop women’s heads. They are awesome, though I was told that the number of bottles in this picture is not that impressive. However, the roof we were under would not have allowed any more bottles, and also, seriously? I don’t even think I could dance with the chipa basket, let alone even one bottle, to say nothing of all the skirt-twirling.