Getting a view of Talca, figuratively and literally, from the Río Claro 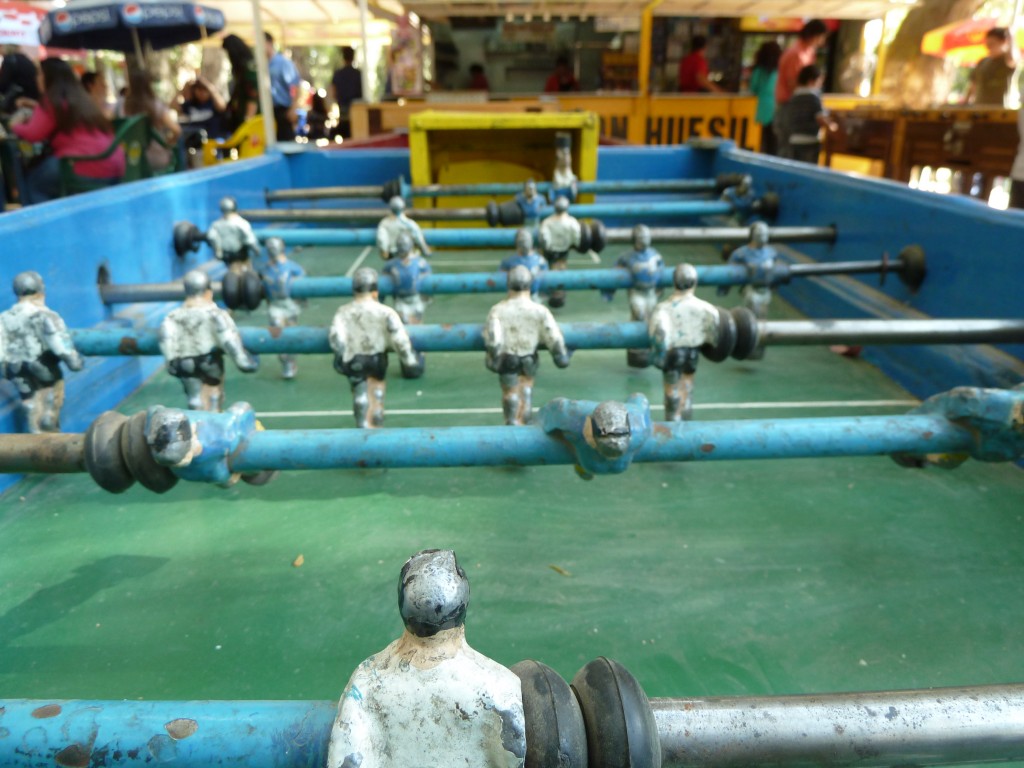 There used to be a bridge over the river in Talca (the Rio Claro), but it got old, and fell into disuse, though you can still find beer bottles and the occasional tombstone (no, I’m not kidding). After a while, a new bridge was built, shiny and with metal railings, and wider, so no one has to wait for anyone to cross, in that typical one-lane-bridge timesuck. Later, the old bridge had one of the middle sections collapse down into the river in the earthquake.

The river that the bridges cross (or used to cross) is central to social time in Talca, a city that is hot and dry, and in the Maule valley, perfect for wine grapes. No one really swims in the river, but the whole area around it is breezier and shadier than much of the rest of Talca. Also, you can play taca taca (foosball) and get a mote con huesillo.

See? taca taca above. And mote con huesillo below 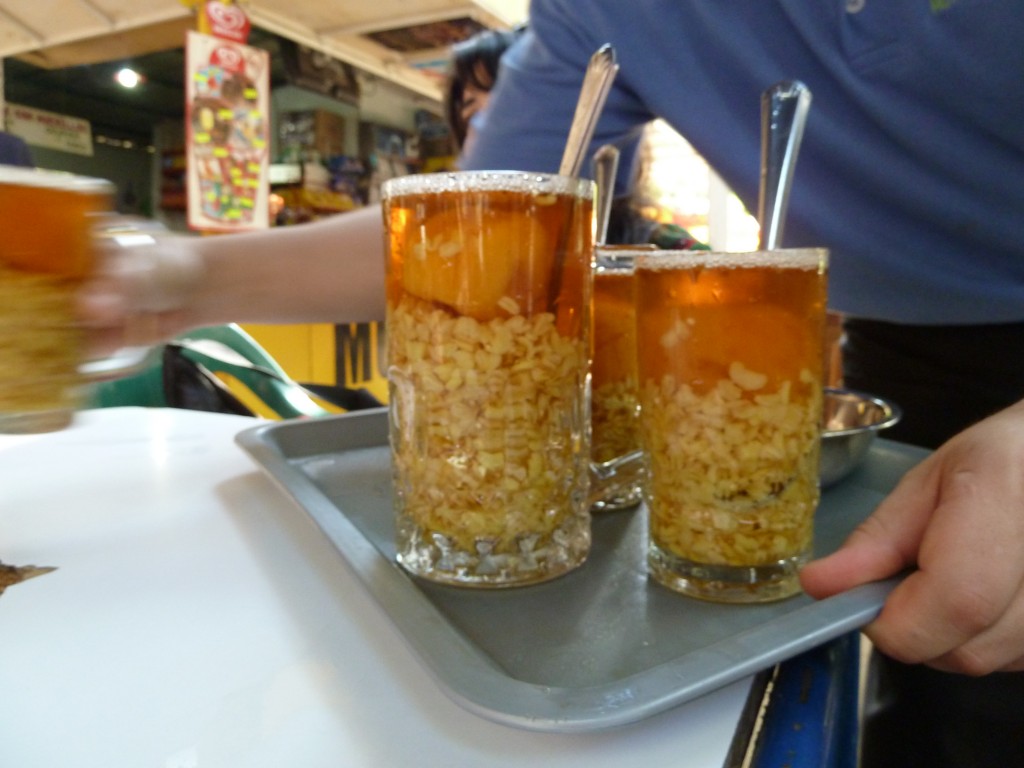 And at night, you can go back down again (like I said, it’s central to social Talca, I think I was there three times in four days), and get a giant serving of chancho en piedra, which means “pig in a rock” but which is really a kind of liquid salsa served with sopaipillas (frybread) and pan amasado (homemade white rolls, very heavy). The beer glass is a regular-sized drinking glass, for scale. Chancho en piedra is always served in this type of dish, though ours was particularly large that night. I’m sure you could eat it during the day, but we were too full of mote con huesillo. 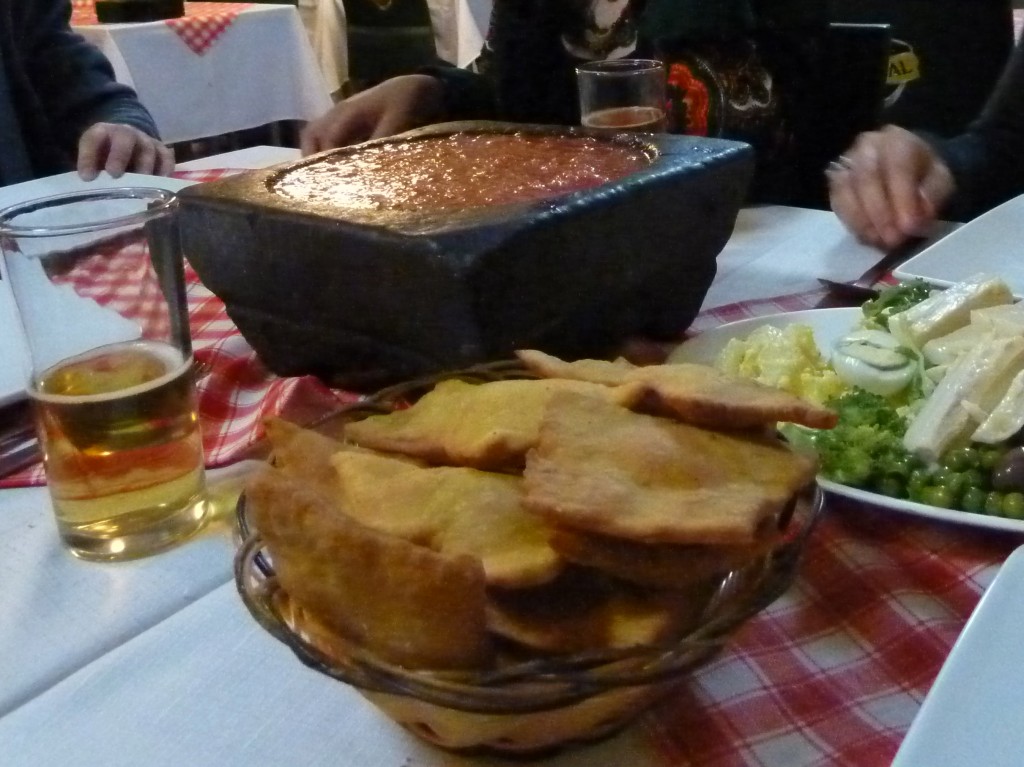 And here are the bridges I’m talking about, which you can see from everywhere along the river bank, while you eat, or drink, or play, or wait for a boat ride in the river. I’m standing on the old bridge, and the new bridge is visible on the right side of the photo. 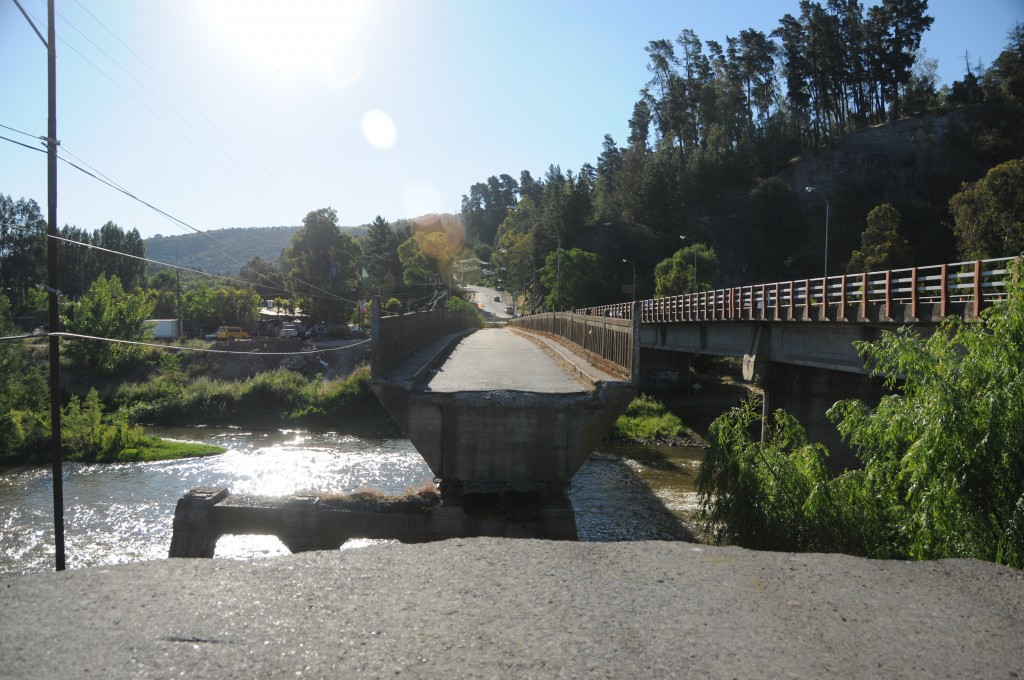 But why all of this river-going and bridge-standing? Why indeed.

The reason I was in Talca was to take stills of the filming of a documentary called Talca Interrupted, which asks the question: In the aftermath of an earthquake, what is the meaning of ‘home’ when you no longer have a house?

Talca was one of the cities worst hit by the February 27th, 2010 earthquake. 6,500 homes were destroyed in Talca, a city of about 230,000. The corrugated iron sheets with the spray painted numbers each represent where a family used to live. And there are many, particularly in Seminario, the neighborhood where we stayed, and where much of the film takes place.

On this day, we were doing a recreation, which has to do with a woman’s childhood memory of running on the bridge. It was a long, hot day, with an incredibly good-humored young Talquina-turned-actress, her family, another local assisting the director, art direction, props, costumes, and a whole lot of running. I had the easiest job out of all of us. 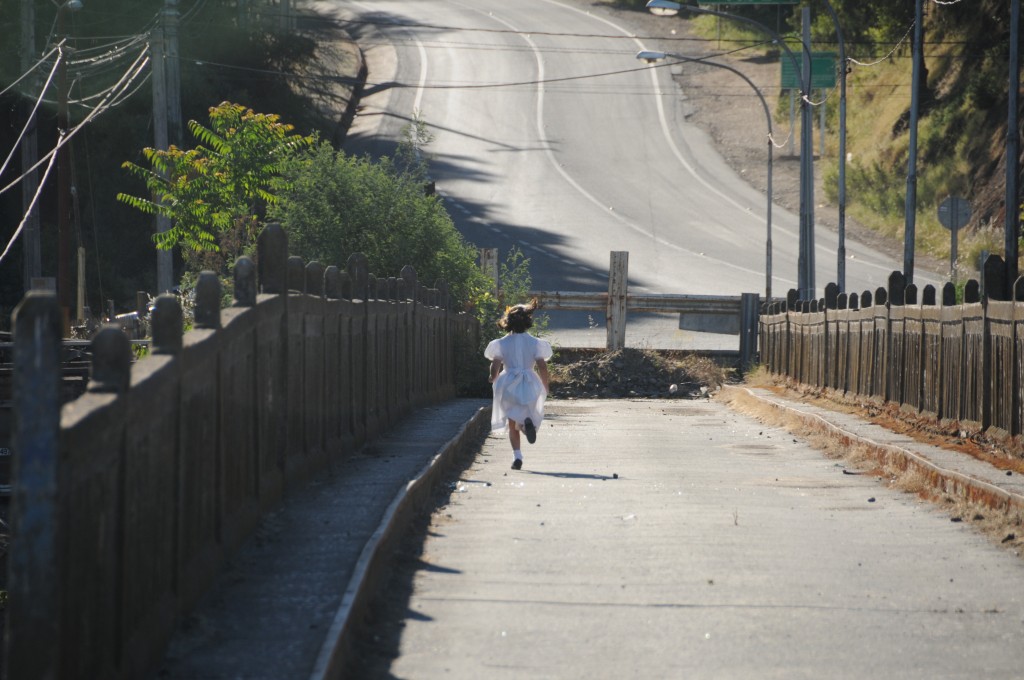 Here’s one of Nora Niasari, the director, framing a shot, together with the actress, looking on. 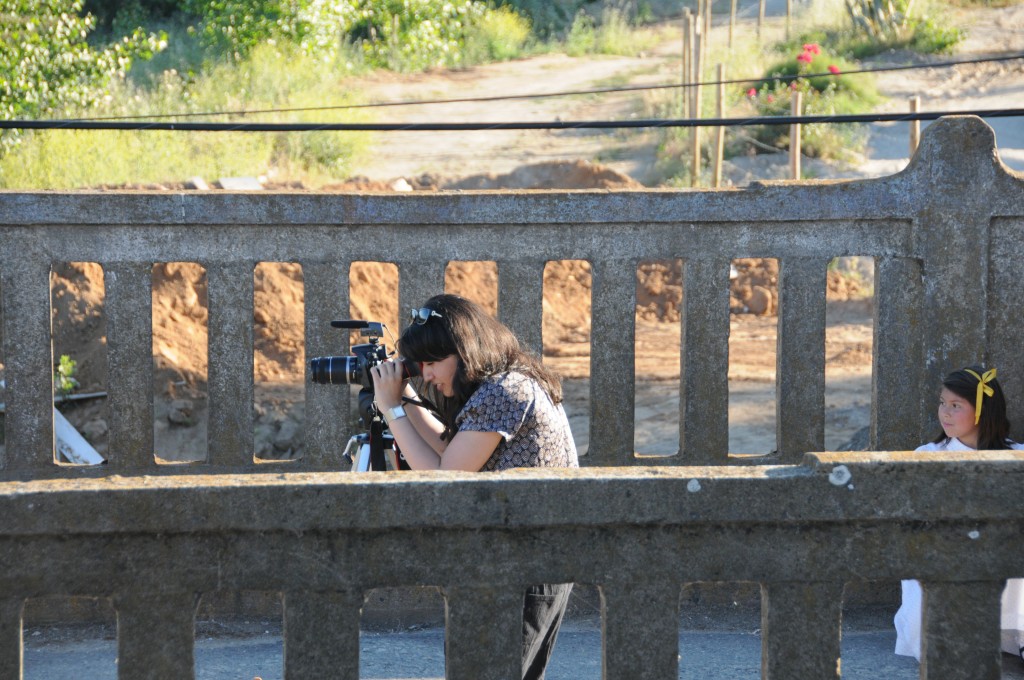 Nora is an accomplished Australian-Iranian documentary maker, and has a gift for listening when people talk, and letting them tell their own stories. I’m awful at making time to see movies. But this is one I will definitely see. Thanks, Nora, for having me along, and showing me a part of Chile I knew nothing about.

Oh, and here’s a little more on my trip to Talca. More to come.