The Prettiest Road (Santiago to Mendoza + back)

There are people who like the transit part of traveling. The bus, the plane, the boat ride. They say getting there is half the fun.

I do not understand these people. For me, hyper (or amped, as I like to say) to a fault, sitting still in an enclosed space for a long time makes me nutty. Could I bike this? I think. How much is it costing me to be trapped in this reclining seat that hits me at all the wrong places?

But sometimes there is a trip that is just so pretty, that it makes it (almost worth it). Behold, the trip from Santiago to Mendoza (and back). I like to call it “the prettiest road.” Word to the wise, anyone that says you can’t take a decent picture out a bus window should be heretofore and forthwith corrected, stat. It doesn’t hurt to get the front upstairs seat, with the giant window. Also, if you get motion sick, take something, by all means, but you will fall asleep and miss the ride, which if you’re going to feel ill, is probably okay. You can look at pictures later.

Mendoza was a great time, will write about that later, but for now, enjoy some pictures. More on flickr, including one of kids sledding down a hillside near the border. All images copyright, no permissions granted.

Stark blue skies on the Chilean side 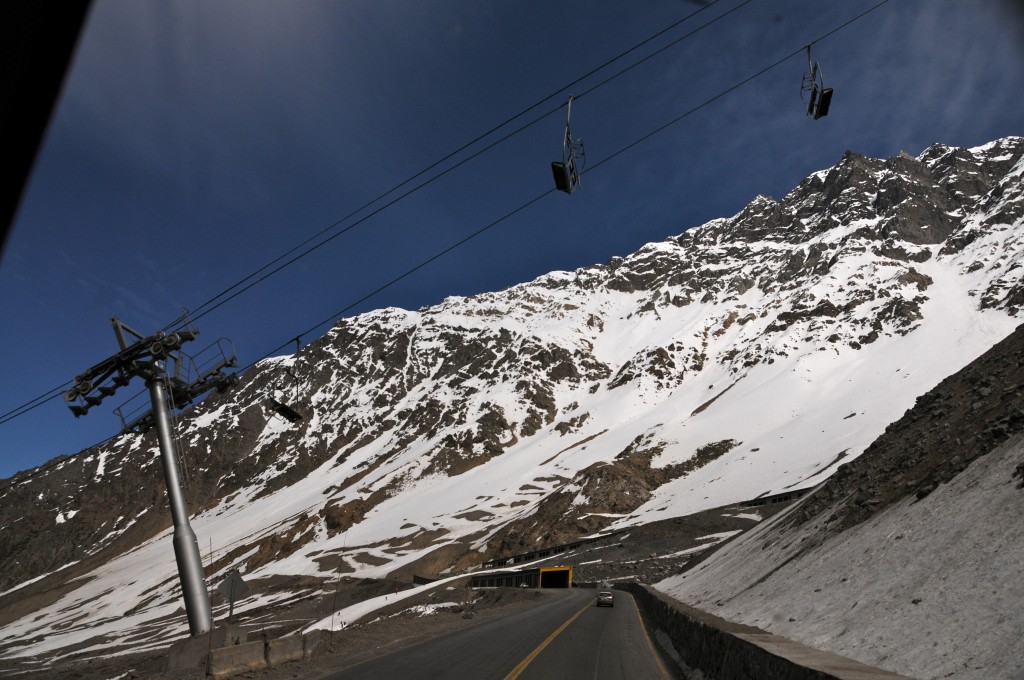 The road runs through a ski area, here are ski-lifts from Portillo that overhang the road. 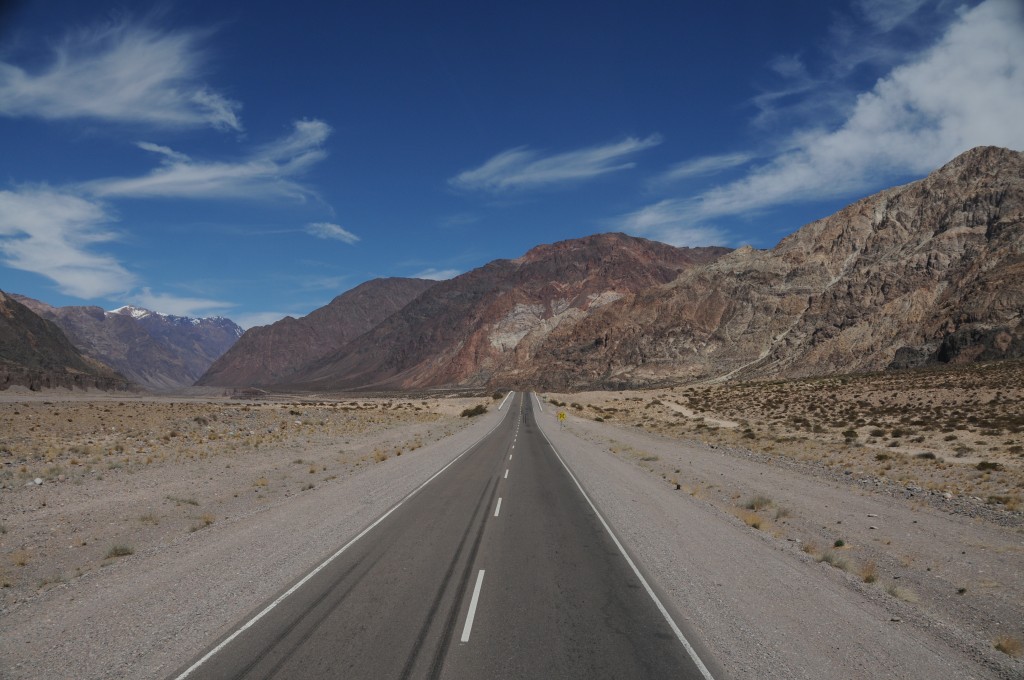 The “zona de curvas.” Wonder why they call it that? Also, not for the pukey. 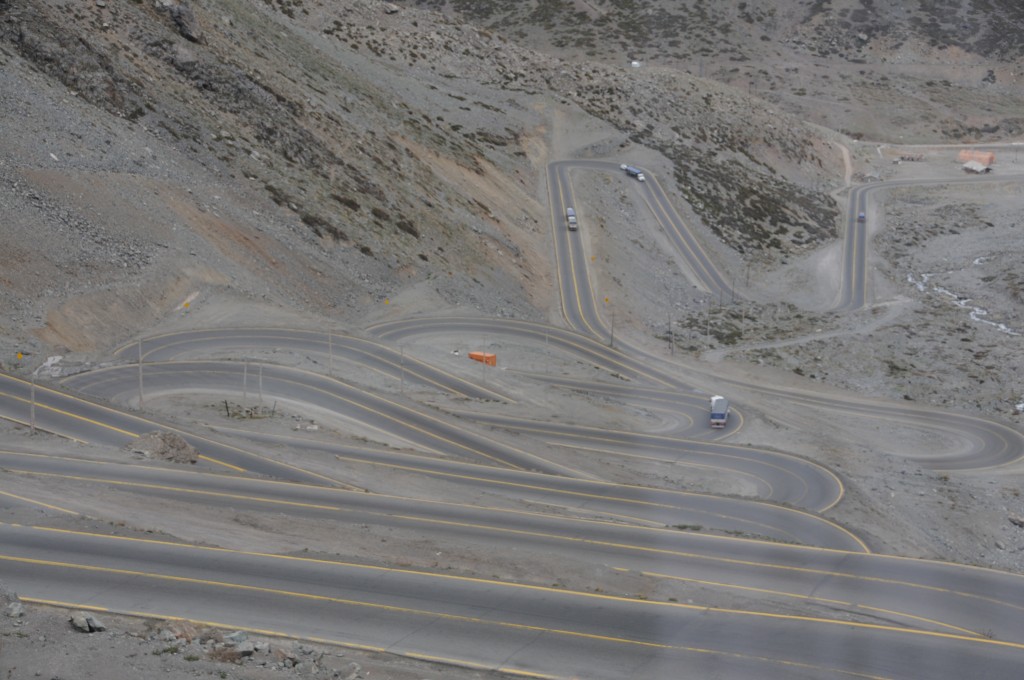 This dude is much tougher than I am! 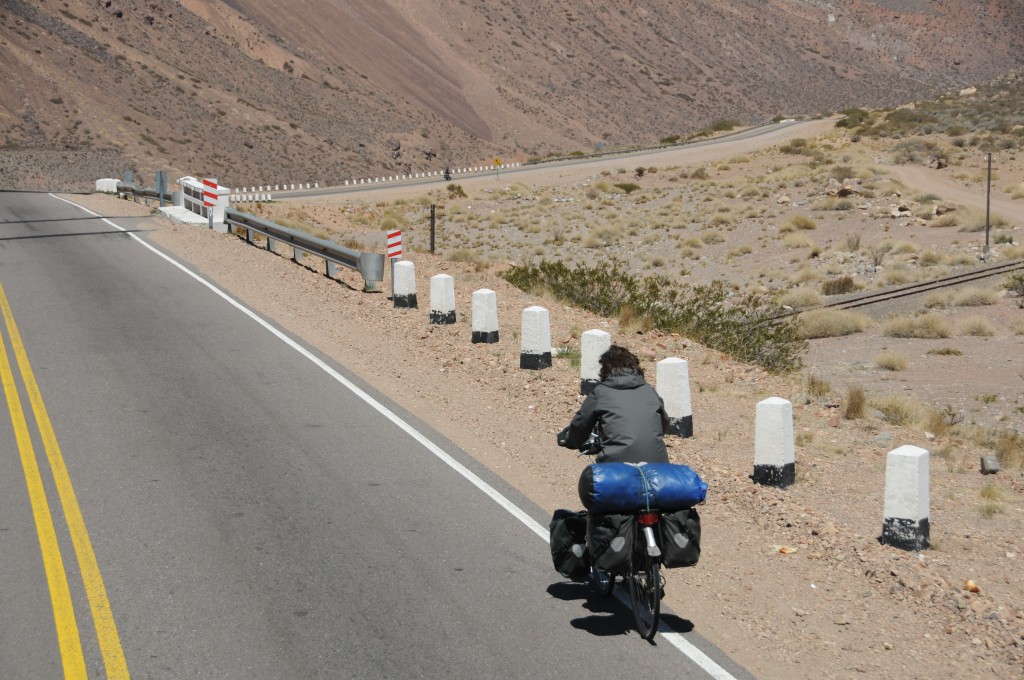 This one reminds me of the cordillera de la sal with its 3 marías in San Pedro de Atacama. 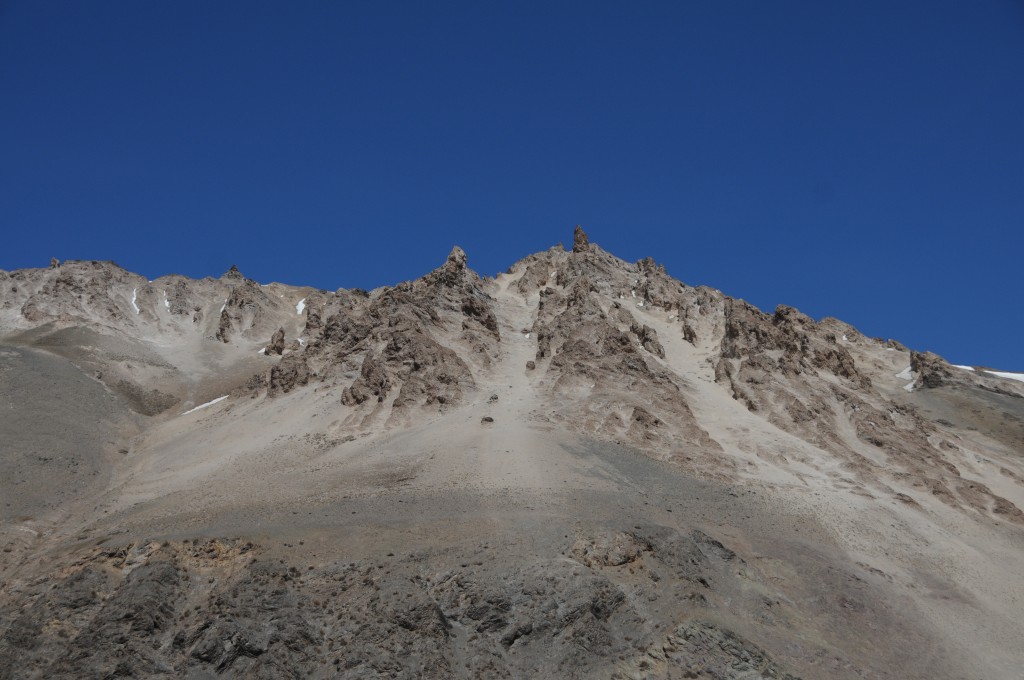 This view reminds me of many things, but I can’t quite think of what at the moment. 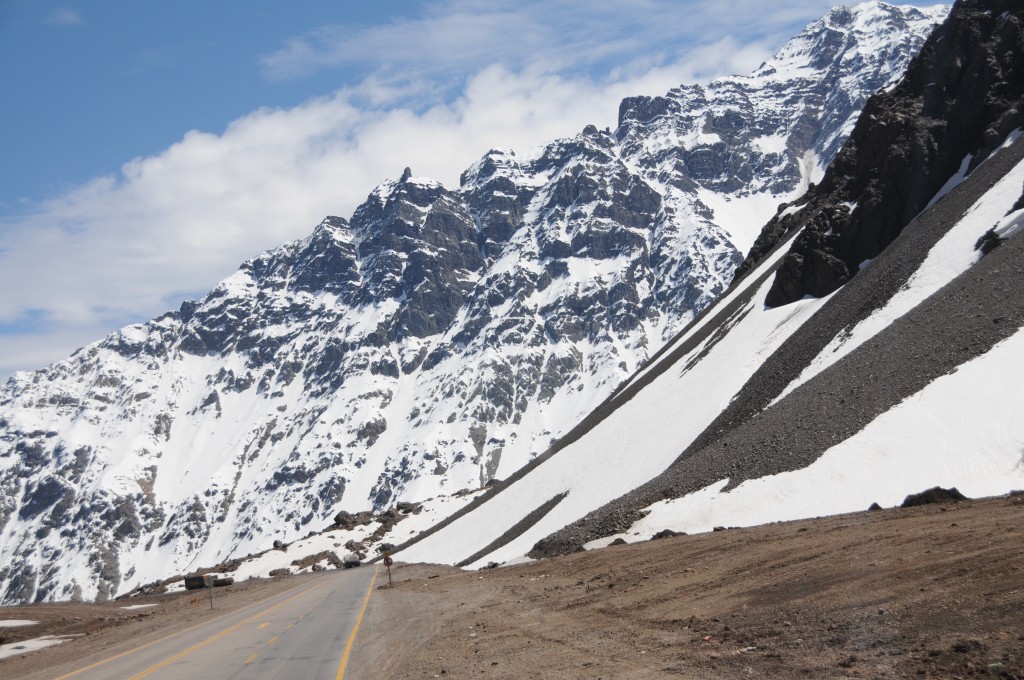 Also, buses leave from terminal Alameda, I took Cata, it cost 15,000 on cama, and 13,000 on semicama, probably slightly cheaper to buy the return side from Argentina. There were sandwiches and cookies (with beef fat!) as snacks both ways. I went on a Sat and came back on a Tues, and spent about an hour at the border each way. Total time 7-8 hours. Winter can be impassable, and weekends in general and long weekends take much longer at the border.