Cows and salt ponds, an unexpected turn in Chile

They didn’t tell me there would be cows in salt ponds. Oh! What I might have missed. 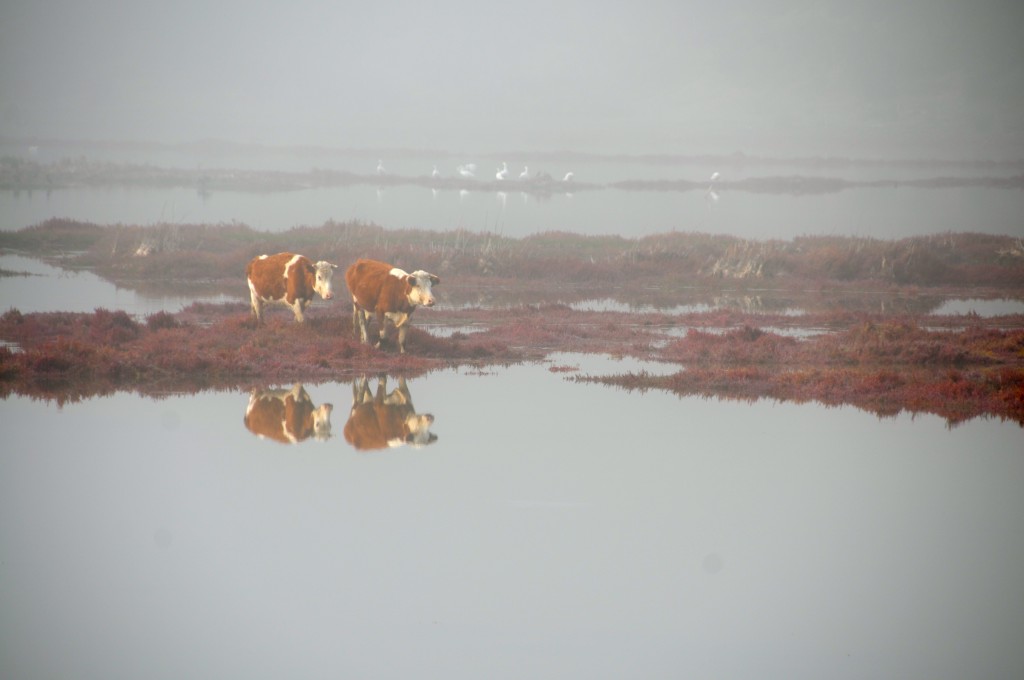 On a recent trip to the coastal (and later, mountain) regions of Región de Maule and BíoBío here in Chile, during which we experienced a kind of dubious signage (photo evidence forthcoming), and an entire network of roads that were simply not on my fancy, new Copec map set, neither in the foolishly-arranged (and unindexed) regional books, nor in the only-maps version, we saw many tremendously photogenic things.

Heading south from Pichilemu, we popped past Bucalemu, where I’m told Pinochet had his summer house. It’s also near where we saw this crazy low-lying, roiling cloud over this river, and where I felt like the road trip really started. Before that, it was just a trip to the beach, lovely and wavy, and windy, and long walks and fabulous food and clean air and sleeping in a room as warm as a womb. But here’s where things got interesting. See? 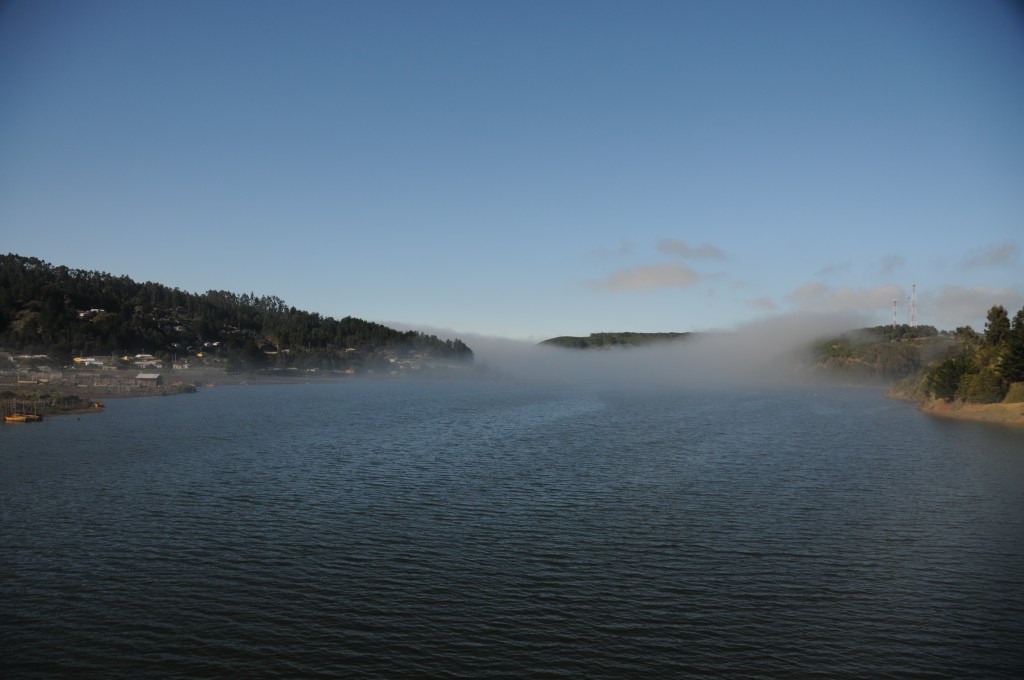 And then there was the great getting-lostage of 2011, complete with lowriding tiny red car we named Chispita (a Chevy Spark, and spark in Spanish is chispa). Here the problem was dirt roads, nonexisting signage, many kinds of mud, and giant hills that far greater cars had been turned back on. In great abundance were many, many people (road crews, random pedestrians, store owners) making elaborate, I’m-doing-the-robot like moves, pointing this way and that, proving once again, that though I speak Spanish, I don’t speak directions in any language.

We turned up in the town of Lo Valdivia, where they harvest salt. Here’s what it looks like when it’s ready for sale, together with honey and a bunch of jam. 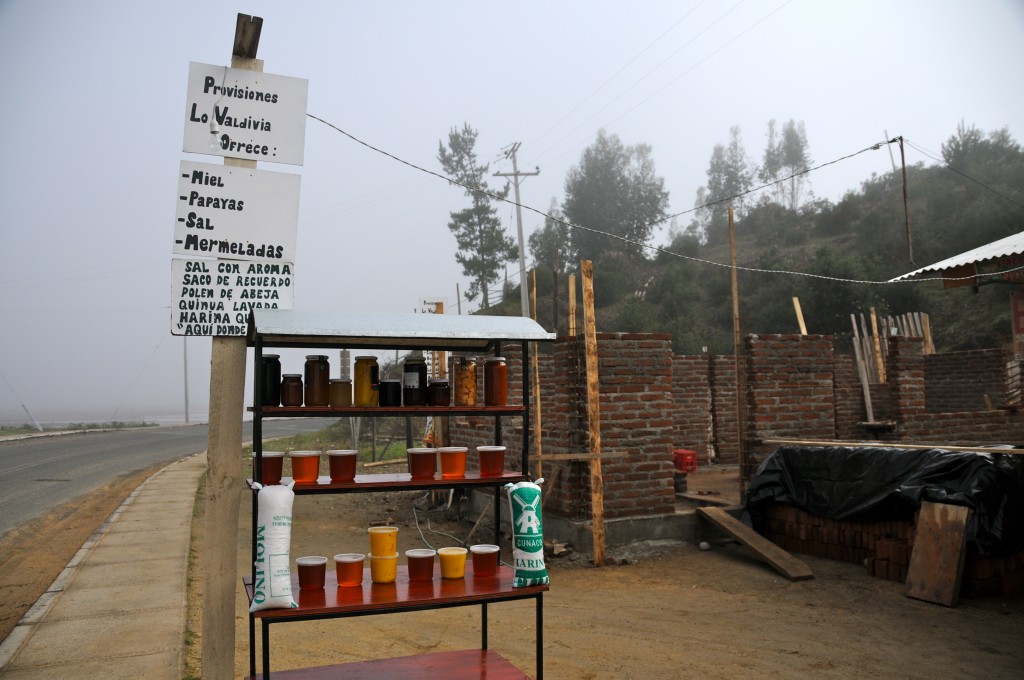 And getting lost, and never getting to either Llico or directly to Lago Vichuquen, though teetering very close to both was a bit frustrating. And then we came around a corner and came upon these salt ponds, in this intense grey mist and red heathery plants and just silence. And then the splorshy splash of cows who must have thought they were water buffalo. 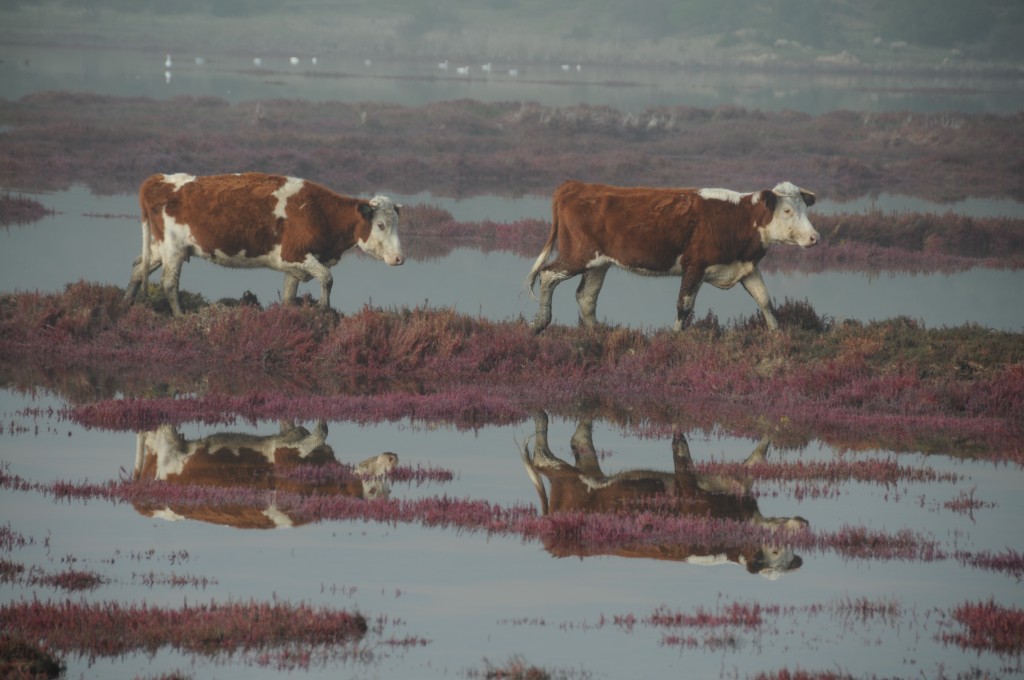 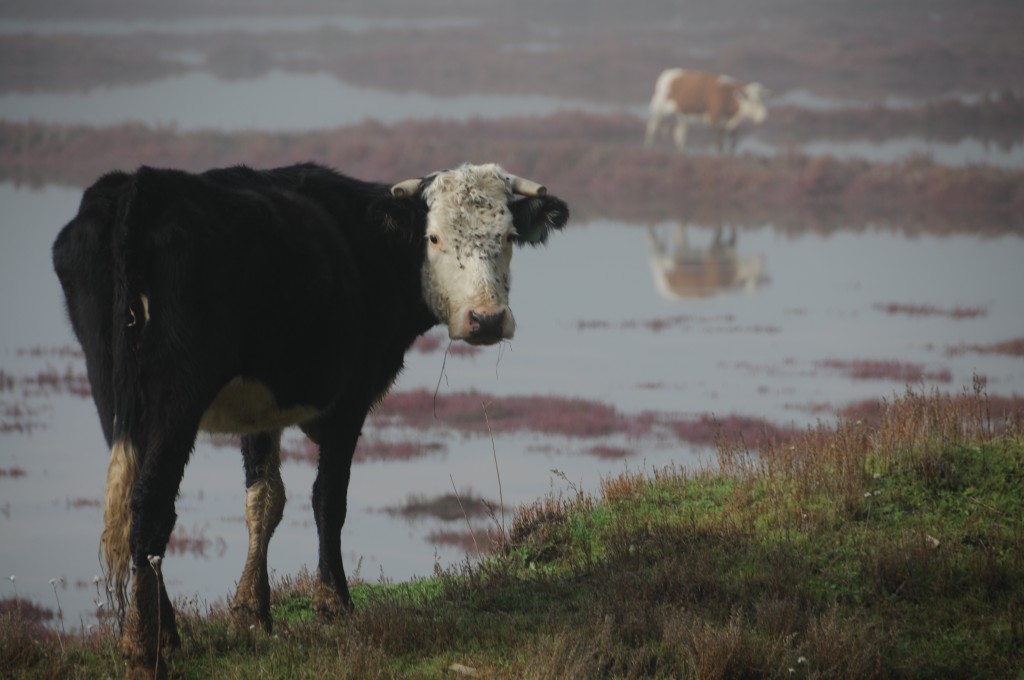 And maybe getting lost and inadequate maps and worse signage and not quite getting the to where you were trying to go aren’t the worst thing that can happen to you in a day, if only you have a giant memory card, a bunch of patience and a whole lot of luck.

More on the trip here.