The time I didn’t go to Argentina

I have not gone to Argentina on many occasions. But this time is different.

July and August are rough months in Santiago. Bleak, rainy, smoggy, cold. The kind of cold that has you hugging your hot water bottle as you walk around the house. That kind of cold. Some people have heat and double glazed windows and live in places where they are not cold. I am not one of those people, but willingly accept invitations for tea from people who are.

So I often run away during the southern winter. But this year plans were different, and I did not go to the states as I often do during this time. And when I saw that I wasn’t going anywhere in August, I thought, I will go to Argentina for a week or so in September. You see, at the moment, the economics of traveling in Argentina with dollars is fantastic. I have also been trying to go to Salta (northern Argentina) for a long time, and had finally figured out a route I thought made sense.

And then, sometime in late July, everything happened.

First, I got a house-sit opportunity in Pucón/Villarrica. Some people I don’t know, with a cozy house, a dog and two cats and a view of the lake needed someone to sit on their couch and feed the fire and pet the animals and eat farm-fresh eggs. Of course I volunteered. And while I was there, I wrote a first draft of my (memoir) book proposal, which is weird, because the book is already “finished,” but so goes the industry. That process was hard and good, and I’m not finished yet. I also did a crazy hard jigsaw puzzle and looked out the window and walked down to the lake and it rained with all the power of the sky, and when the sun came out, it looked like a fairy land. 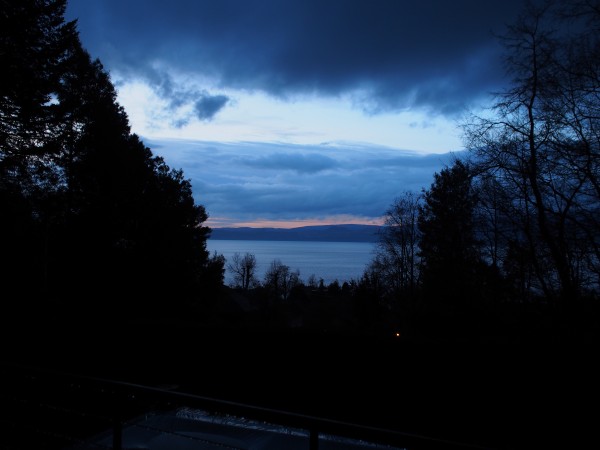 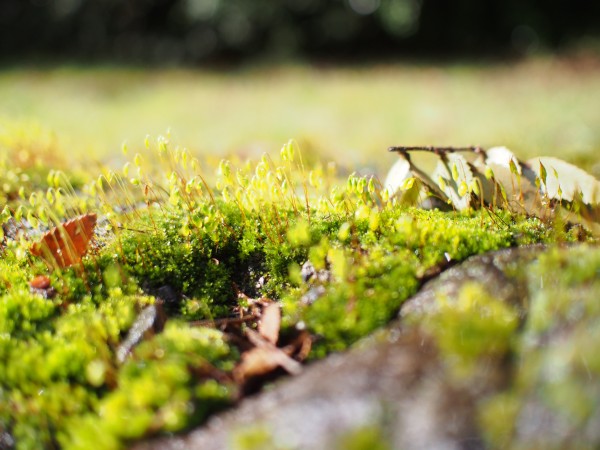 Also while I was there, I got an email from an unexpected place, from an editorial group I have not worked with before (but we have tried), asking if I could go further down (and west) to take a boat and write about it. So I stayed a couple of extra days at the housesit (now with part of the family), and then headed to Puerto Varas, hanging out with some Santiago friends who had moved there, but staying at a hotel where I had this view. 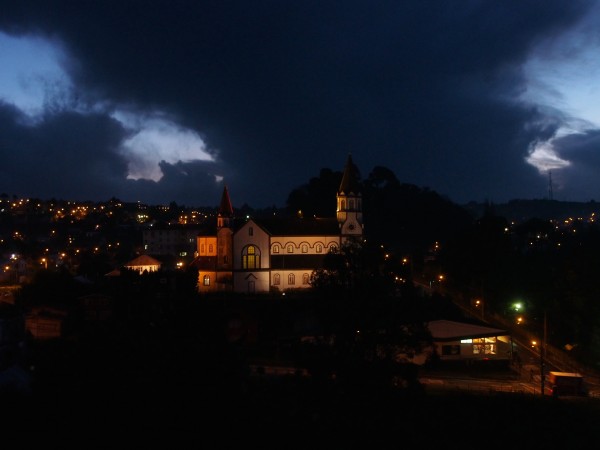 From there, I got on a the Navimag boat, whereupon I saw intense beauty and flying trays of food and very few tourists and a whole lot of truck drivers and the cutest little sea lions you ever did see, popping up their shiny heads and leaping, sleekly through the air like salmon hopping upstream beside the ship. 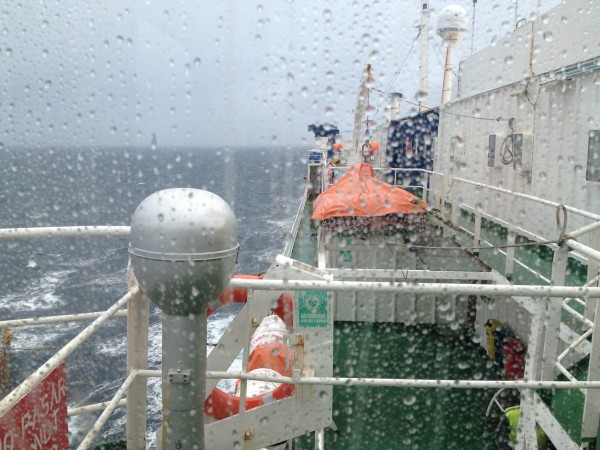 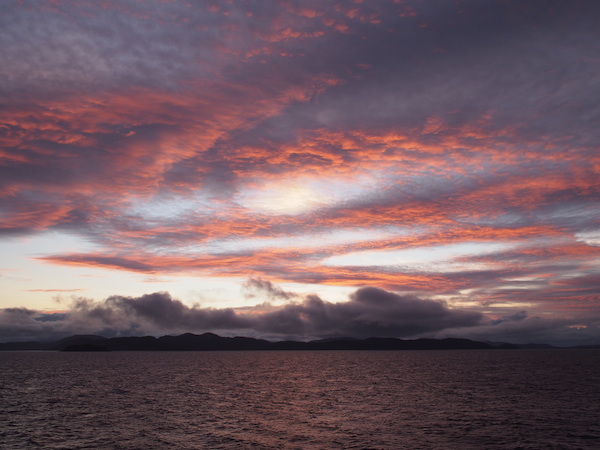 And then we got stuck in the Golfo de Penas (with accompanying riotous seesawing ship motion), and were a day late, and the ship’s captain had to reschedule my flight back to Santiago. But first I spent the day in Puerto Natales, where my crush on all that is southern Patagonia flourished. 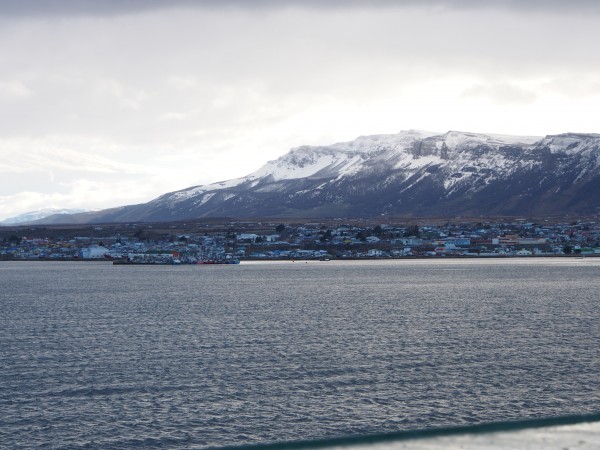 And then I came back to Santiago, and hit the ground running, researching for a guidebook. I spent nine days out of the house all day long, talking to hundreds of people, and and taking photos of paleontologists working in little terrariums, like this one at the Museum of Natural History. 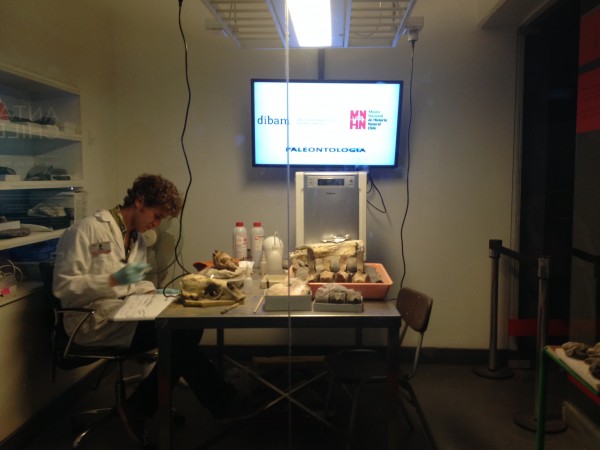 And then spent several more doing data entry, talking to no one, when lo! It was time to go to Easter Island for the same guidebook. Not complaining.

And I was there for six days, and I rented an ATV and saw but did not stay in all the 5 star hotels, and skipped many meals, and dunked myself in the ocean at Anakena, where for the second time in my life, I got to look at the back of ahu Nau Nau and the moai that stand there, and think, holy crap, this is my life?! 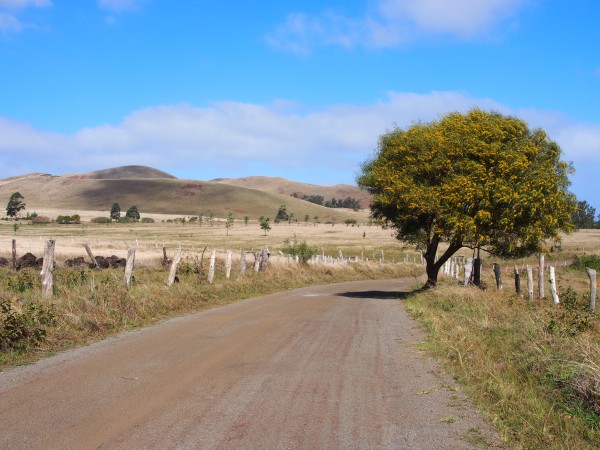 And went on a hike with Marcus, and if you’ve seen the House Hunters International episode where they go to Easter Island, he and his lovely wife Alicia and their adorable kid are on that. He hasn’t seen it, and neither have I, but the hike was tremendous, north coast, so isolated and interesting, and I got some lemon grass to flavor my water and ate fish and kumara (sweet potato) cooked on hot rocks. 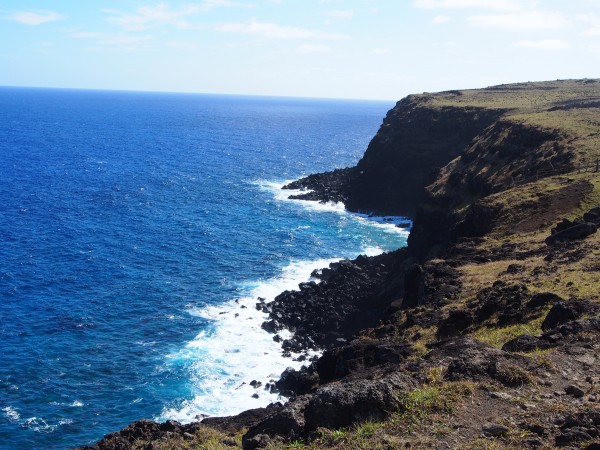 I came back to Santiago on August 30th, and immediately asked my editor how flexible my guidebook deadline was, because we had set it earlier because I was going to Argentina on September 4th. Turns out he is out of the country until the 13th, and wasn’t going to look at my work before then anyway, so now I have more time to do data entry, which is good, because see: connection on Easter Island a bit fair to middling.

And this was an incredible month, and I’d do it again in a heartbeat, and I got to see so many very beautiful things, but now it is time to let my brain catch up to my body, and my writing catch up to my brain, and to eat home-cooked meals and see friends and sleep in my bed, and wash the eucalyptus smoke out of my clothing and brush off the dirt on my waterproof ski pants, and tromp around in fur-lined winter boots I bought because I realized I did not have warm enough shoes for the boat, which later (not while I was on it) sank, which caused much confusion in terms of the piece I was writing. And in the midst of all of this, another magazine which I had pitched and never responded to me asked me for a short piece on something entirely different, and I thought, “this is the dreamed-of month, when everything happens.”

And that’s why I don’t have any space in my brain right now for Argentina. I still have miles to go before I finish the guidebook updates. I am a duck of tremendously fortunate proportions, and I have worked hard to create the kind of platform that says, “hire me, hire me.” Which they did.

I am the kind of person that needs a stable base from which to compare all the greatness I see in the away-times. Not everyone is like that, and I do not hold it against them. I am also slow to process what I’ve seen, seldom blogging in real time, while others are almost a conduit, from what they see to what they tell you. What I have found for myself is that I just have to be silent and listen to what I need. And what I needed right now, was to not go to Argentina. If you need me, I’ll be bundled up, listening to the sound of rain and writing about places I am, and places I am not. Cozy. And home in Santiago. For now. 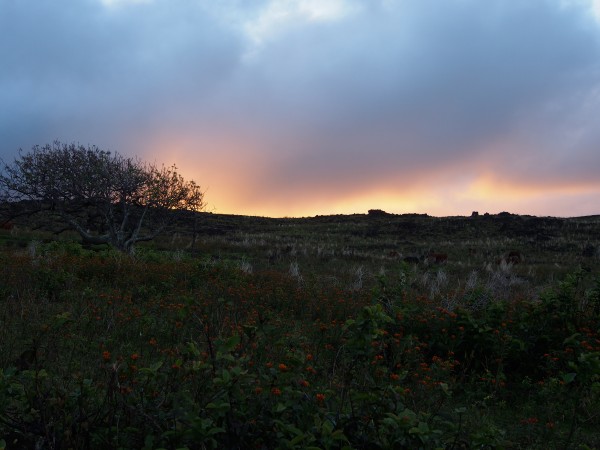 Disclaimer: a bunch of this stuff was provided to me free by companies I was working for. Special thanks to Marcus Edensky and Alicia Ika from Easter Island Traveling for the best hike I’ve been on in a long time.