What’s in a park? Parque Fluvial Renato Poblete, a new park in SCL

When I first moved to Santiago in 2004, the Mapocho river, in a word, stunk.  We used to call it the Ma-stink-o in English, and it may be what someone was talking about the first time I heard the word hediondo (smelly). But times have changed, and the river is cleaner now, though it still looks chocolatey brown due to the silt it carries down from the mountains. We have a bit of a relationship with the river in that we notice how much water is in the bed as we walk over it to get to (for example) La Vega or Bellavista. Answer is often: not much. So I thought we had reached a kind of detente with the river, where now that it didn’t smell so bad, we were all free to ignore it.

And then there was a rumor of this park. A park that capitalizes on the river location, has water in it that will one day have little boats in it, and which is also part of a larger plan to make a 42k-long beltway more or less through the city of bike paths. I heard about it, and then I more or less put it in that part of my brain where tasks like filing and studying French live.

But it opened last week, and there was some fanfare, and it’s in Quinta Normal, which isn’t far from me, is an underserved area greenwise (though it is home to Quinta Normal Park, recently renovated), and the next thing I knew, I was trying to find it. Trying to find it because no story about it actually gave an address, it was just “at the end of Parque de Los Reyes.”I went, and then I stuck this handy pin, so you would know where it is. Basically, go down Balmaceda til it turns into Costanera Sur, then keep going, keep right. If you end up at Maturana, you’ve gone too far. 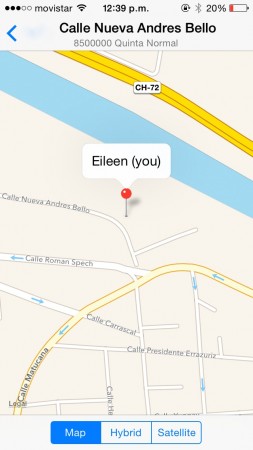 But why are you going to this park that no one will tell you where it is, next to a formerly stinky river? Because it looks at times a little like Parque Bicentenario and at times like a whole ‘nother country. And well, it just looks like this: 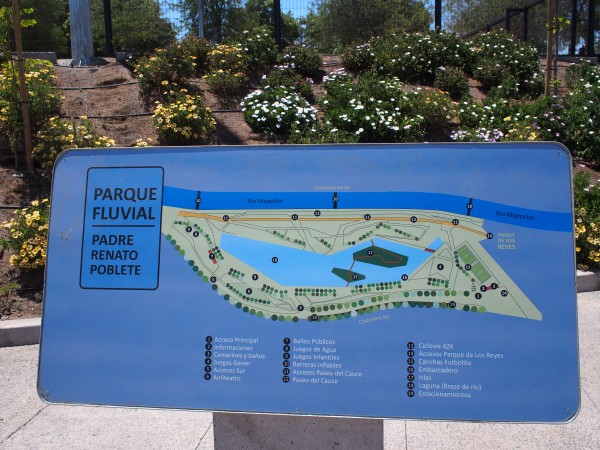 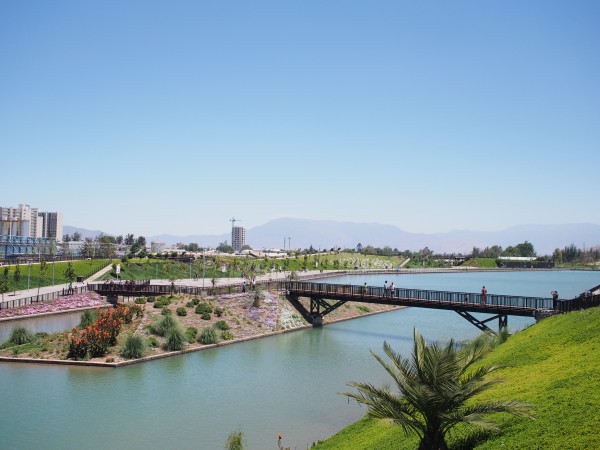 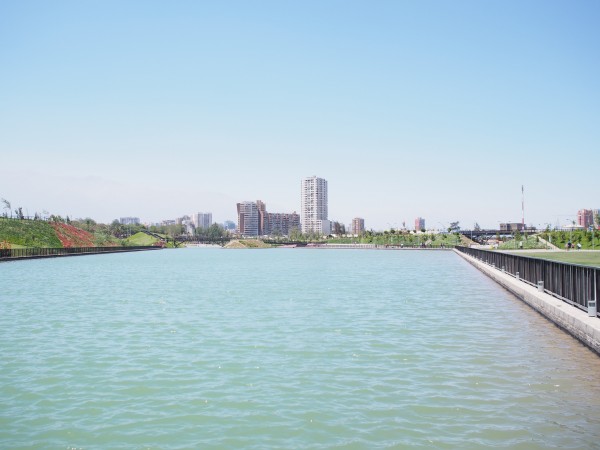 long shot of the water feature 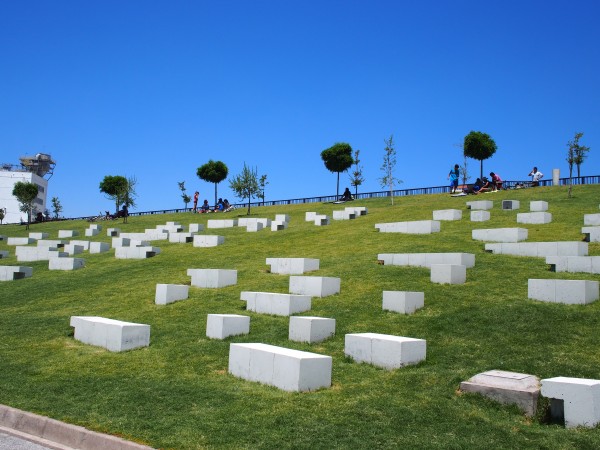 amphitheater seating, notice people huddled under still-small trees and the little shade they give. Also unfortunate? How much these white blocks kind of look like tombstones on a hillside. The trees will grow, and I will learn to associate the stones with something else. 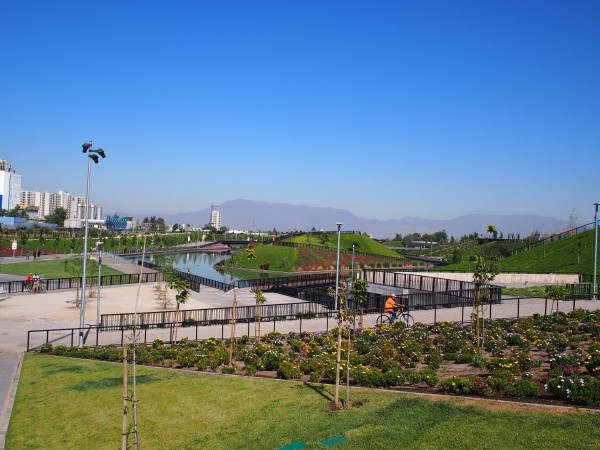 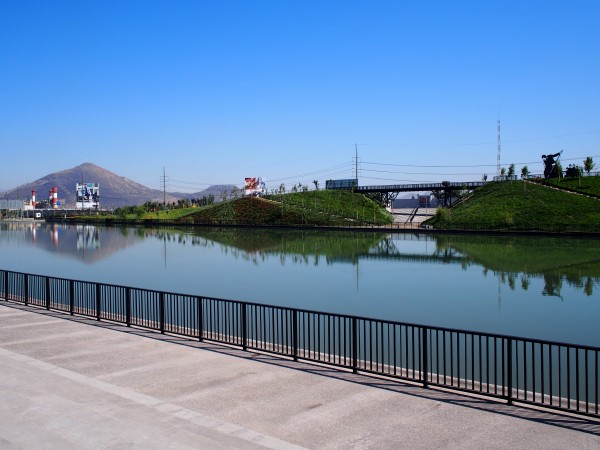 a different, stiller part of the lagoon 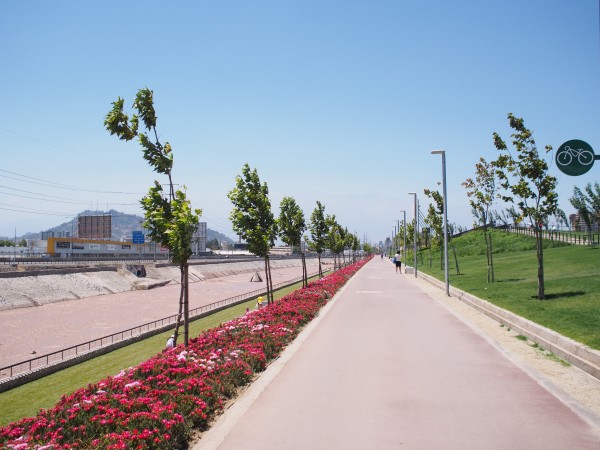 bike path (skating potential=high) Brown river to the left. Notice the similarity in color to the bike path. On purpose? 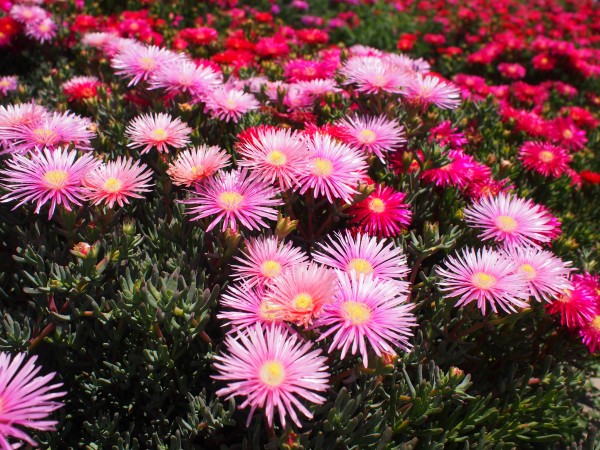 rayitos de sol! One of my favorite things about summer here