For the love of a sweet potato, AKA, me querido camote 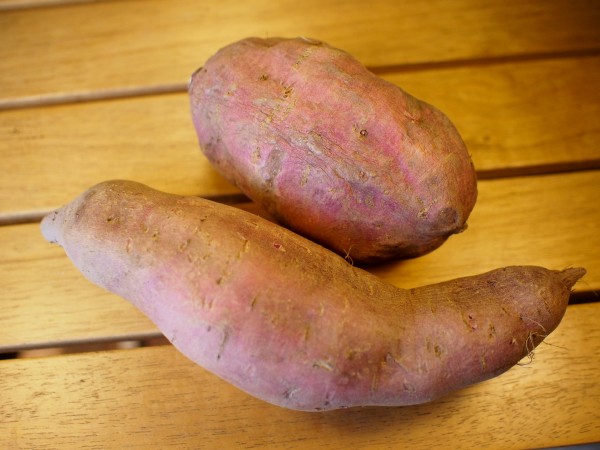 There was a time when getting sweet potatoes in Chile required a trip to the very back of the Vega, to the Galpón de Chacareros, and even then, they’d mainly only have them in season (fall), or mayyyybe a little later if they’d been hand-harvested so they didn’t get bruised and rot. This caused much consternation as people tried to recreate Thanksgiving here in Chile (now a much easier task) in springtime.

But not now. Now you can find sweet potatoes anywhere Peruvian goods are sold. Or where Peruvians shop. Or really, almost where anyone shops. They have transcended gourmet or old country or even international, and now you can find them easily. These are not the dark orange sweet potatoes of your youth, and for all I know, these might even be yams. The squashy flavor is not quite as strong, but they caramelize nicely in the oven.

First, there is dulce de camote, which I wrote about in that link there. Grainy, hypersweet, loved by children. In the United States we don’t usually make candy out of sweet potatoes, but now that there’s all kinds of mint green tea sorbet with basil chips and a kale reduction, I’m sure someone will.

Second, there is when a situation “se pone camote.” I first heard this expression while watching the Chilean movie “Taxi Para 3,” which I highly recommend for learning Chilean slang. My suggestion: watch it with Spanish subtitles, and the Chilean Spanish dictionary or resource book of your choice, and stop as necessary. Budget at least 20 additional minutes for all the looking up, more if you want to practice along with the dialogue.

But what does it mean? My handy version of one of the two main pop-culture resources for Chilean slang detangling called “How to survive in the Chilean jungle,” describes it as adj, annoying, disagreeable, n difficult problem. I’ve spoken to a few friends, and they like it more for a difficult situation, than a problem, but sure, sweet potato. That’s rough.

The other use of camote is “piedra de tamaño medio que puede ser cogida y lanzada por una persona,” this from the Diccionario de uso del español de Chile. So… a medium sized, throwable rock. I’m sure you can picture one. If you’ve ever had the need to throw a rock, maybe you even have a physical memory of it. Was it sweet potato-sized or shaped? Do tell.

And somewhere in the middle, the book Chileno Callejero by Emilio Rivano Fischer and published by the department of Linguistics at the Universidad de Concepción brings the two seemingly off-spec meanings together, by saying that camote can be a brawl or a beating, which I suppose, might or might not involve rocks. It also says that camote can mean “coito.” which I have no idea how it is related to any of the above except to say that though I don’t have time or inclination to do the study, I suspect that Chile has more frequently-used double entendres referring to sex than many other countries, so I am utterly unsurprised to find this in the list of meanings.

So there you have it, 2 tubers, 3-4 meanings, 1 movie recommendation, 3 resources. Also: lunch.