On Saturdays I wake up pretty. Sundays sometimes, too. 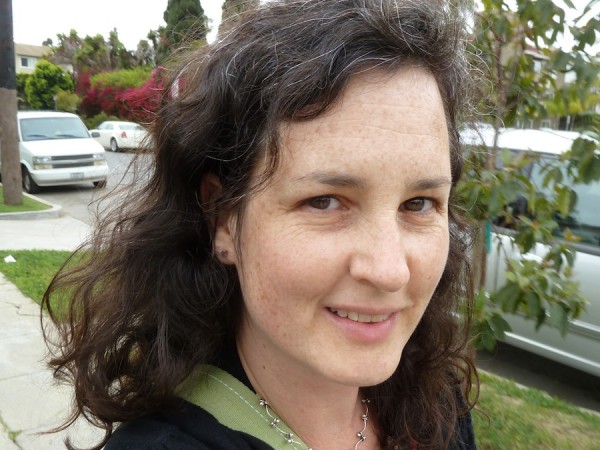 A different kind of feria report

This is what my casero (the man I buy veggies from at the Saturday and Sunday market) says to me.

He then turns to the 70-something woman beside me and says, “That will be two dollars, beautiful.”

I have been taught and re-taught what it means to be called pretty. First it was desirable, a way to talk about a baby in a carriage, a toddler in a poufy dress, an awkward preteen with hair that refused to stay anywhere, put or non-put, but who still had a sparkle in her eye. Later I was older, and pretty was what people said to a woman if they wanted something from her. For her to like them, for her to accept an invitation to dinner, to drinks.

And then pretty turned hateful. It was said to women to belittle us. To say that the rest of us wasn’t good enough (such a pretty face), or to categorize women into worthwhile or worthless. Tirades like Katie Makkai’s (which is awesome, thought-provoking, resonating and NSFW), told me to reject pretty. It is a word foisted upon me, not big enough to encompass who I am, a fiction sold to make women feel inadequate and strive to be something unnatural.

And then I go to the feria, the fresh market where I live, in Santiago Chile, some 5,000 miles from my family’s original landing spot in the Americas, migrating west from Poland, Russia and England, before I took the show further south.

Que buscas, linda? (What are you looking for, beautiful?)

Hola preciosa, que vas a llevar? (Hey precious, what are you going to buy?)

And I find I have to rethink pretty again. This is the feria, in Barrio Brasil, a kilometer bike ride from my house in República, downtown Santiago. It is a Titanic life-boat population, mainly women and children, though not particularly upper crust.  I have unwashed hair tied into a sloppy ponytail, not in a purposeful, tendrilly way, just grab and go. I’m wearing jeans, and one too-loose jean leg is rolled up so it won’t catch in my bike chain, and this shows my stripy sock, and I’m wearing a boxy turquoise t-shirt I got free from a bike tour I reviewed in Los Angeles last week. And in beauty-conscious, eyelash curling, makeup-wearing Chile, this is nearly unforgiveable, the equivalent of Crocks and pajama pants at the mall.

Yet I’m pretty. And so is the small, grey-haired, woman next to me, her chauchera (coin purse) in hand, and the woman after her, with a kid sitting on the canvas bottom of the cart she pulls behind her. And the pregnant woman who tastes some honeydew a vendor is selling and then picks one to buy. We are all pretty.

And it rushes through my mind, in rapid succession, like a light flicked on and off.

Boo, you may not call me pretty. I am not allowed to enjoy being called pretty.

Pretty is used to encasillarme (limit me, literally “put me in a box”), to diminish my accomplishments, to reduce me to dateable or not dateable. To convince me to buy fruit and vegetables that will wilt before I have a chance to finish them, because I am only one person, and at these prices, it’s hard not to buy too much.

The caseros call us pretty, my queen, beautiful, precious, because it’s good for business. This is a machista (which is different from sexist in that it involves complicity, in that women participate, too) society, and men calling women pretty is part of it. And women enjoying it (or pretending to) is another.

And then I think about how in an egalitarian society, everyone can and does do everything. And that I don’t live in an egalitarian society, and that is troubling in a million ways, with women’s rights being a small, scoff-worthy smidgen of the conversation. And this is capital W- wrong, but it also makes my role here much clearer. It means that when a new friend offers to walk me to my door because he is a man and I am a woman, he is saying, please, just for a second, let me be a knight. And I am saying, ok. Just for this one second, and then I open the door to my apartment, independent and completely capable of walking home alone, but also capable of letting someone “help,” if only for the time it takes to get to where I live.

One of the roles many women have in Chile (as in many places), is cooking. Your mother (if you are Chilean) makes the best humitas, charquicán, cazuela and leche asada you have ever eaten. She goes to the feria, and she buys food to chop, slice, cut, sautée, simmer, fry, boil and serve. Or maybe it’s your grandmother, or your aunt who goes to the feria. Whichever woman it is, she will be called pretty while she is there. Friends of mine (men and women) call their mothers to get the right proportions of corn to squash to beans for porotos granados, and this resonates with me, because I call my mother (or sister) on the phone, thousands of miles away, to find out how many tablespoons of ice water to put in the pie crust dough, or what the purpose of seltzer is in the matzoh balls.

It’s not that men can’t cook (my father was superb in the kitchen), it’s just that in many places, and especially here, women take care of feeding people. And this is the dynamic we’re part of when we go to the feria and when they call us “linda.”

There are so many things about how the Spanish language works that ruffle my fur. Women alone get their own adjective, but when mixed with men, they/we disappear (only women-ellas son altas, only men- ellos son altos, men and women, ellos son altos, as if the women didn’t exist in the sentence at all). My famous example of my gynecologist asking me “when I took ill” to mean when I had my first period (cuándo te enfermaste?). The fact that I can’t just go out with “a friend,” I have to go out with a “female friend” or “male friend,” as if this bit, the person’s gender must be known, or the sentence may as well not be said. And if it’s a mixed group of friends, they are all magically male, mis amigos.

I have thought about the ways in which Spanish keeps women apart, or maybe down, or maybe just apart, and for a long time, the not-really-flirty piropos (flirtatious comments) at the market came to me aggressive and smarmy, equal to the ones from strangers who saw me running in the park and hissed preciosa in my direction. I still believe that random strangers should keep their mouths shut regarding my appearance because hey, who asked you, I am trying to be alone here, and what makes you think I care? But I also have come to think about the piropos of the fruit and vegetable vendors as meaning something more than “you’re cute.”

What I take from the men at the feria saying that the mothers, aunts, grandmothers, godmothers, sisters, daughters and I are pretty is the following: It means, “I am happy you are here, and buying fresh fruit and vegetables for yourself and whomever shares space with you.” or ” I am glad that the weather is nice, and that you have a smile on your face, and that you didn’t knock anything over with your bike and panniers (in my case).” It means “I remember you from last week, and the week before” or “I haven’t seen you in a while.” It’s shorthand for, “Nice day, isn’t it,” and “Please come again.”

I take it to mean, this shopping, this waking up early, this talking to me about what I’m selling, and telling me it looks delicious, this treating me like I’m a person too, and not just a faceless entity whose early-rising, hard-working hands move the food from field to table, this iteration of you, this facet of you, I find lovely.

And I find that despite many years of teachings that instruct that I should  reject the word pretty, I can’t take umbrage with that, because (when I let myself,) I find myself lovely, too.

And I’m not undoing 200 years (or more) of feminism by not screwing up my face and being mean to someone (like my friend who walked me home the other day) who was doing something to be nice.

And the man from whom I bought  cucumbers, spinach and cilantro placed it all in my cloth bag so as not to sully the stunning country that I live in, and told me I was beautiful, and the woman beside me gorgeous. I turned to her and said, “I guess we all wake up beautiful on Saturdays.” And she laughed.

And the man smiled, and said, “exquisite. And on Sundays, too.”

p.s. This is absolutely not an invitation to talk about whether or not you find me pretty. I prefer it when you talk about me behind my back. Really.