Taking a photo amble in Lastarria-Foto Ruta in Santiago 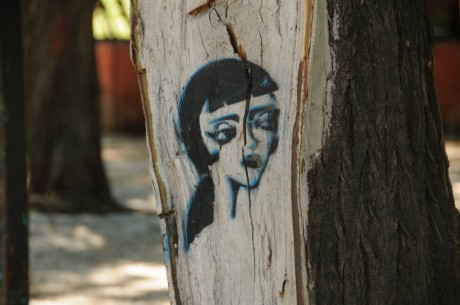 I was recently invited to participate in the launch of FotoRuta, a photo class/walk/critique session, and here’s how it all went down.

We arrived to a restaurant in Lastarria (my feelings on Lastarria here), where I was lucky enough to run into Emily, and great talking and catching up ensued. I also ran into one person I know from some misguided attempt I made at networking once, and two women I met through Anja when she was here working on Lonely Planet Chile. So out of about twenty people, it turned out I already knew four (plus myself). Always a good start. My God, Santiago is small. I have got to get out more.

There was small coffee and fruit kebabs and sandwiches and water and a little bit of waiting while they got their tech sorted out, but it was pleasant enough, and Emily and I were thinking about how we were going to make Carlos, our other table-mate, come along in our small group, if small groups were to be made. And they were. And we did. But not yet. 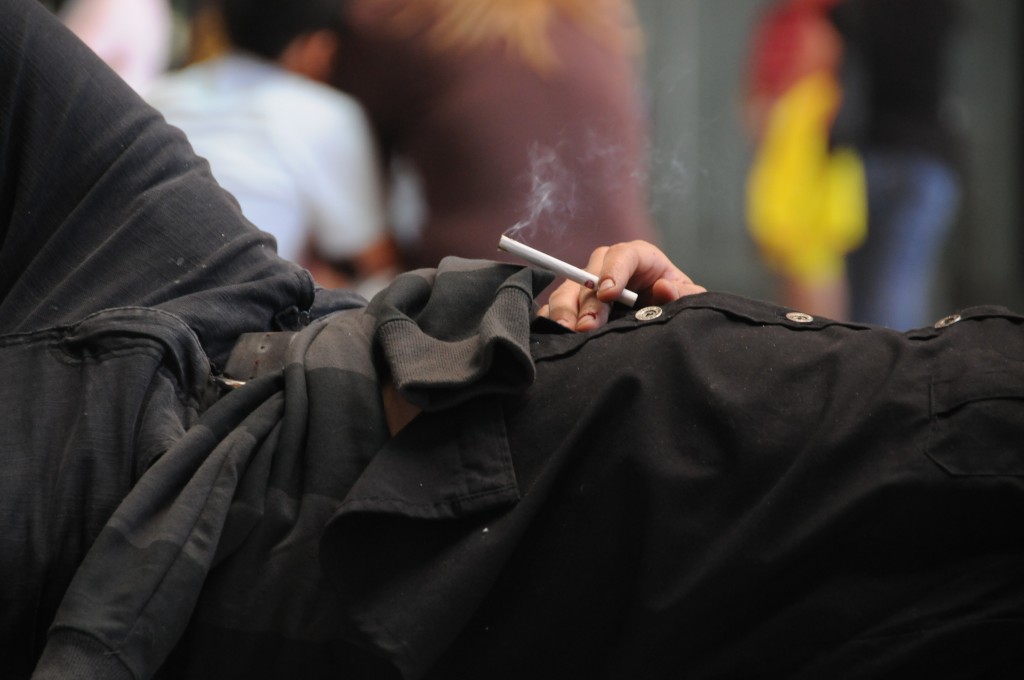 Jocelyn (who runs Foto Ruta in BA) gave a little orientation into what Foto Ruta is, which is basically a directed photo walk with a pep talk beforehand. Talking about creativity, reframing, using the camera you have on hand, thinking outside the box, and thinking about what kind of creative thinker you are. If you take the photo walk, Emily is a 1 and I am a 3. And she still talks to me. Incredible. Cat, who runs Foto Ruta in Santiago was also standing by. I’m not sure what number she is, but I’d guess she’s a 3, too.

We got some maps, some directions, and a checklist of what we were supposed to go out and take photos of, and then got set free into the world. Or into Lastarria. In our small group, including the kidnapped Carlos, we walked over to San Borja, hoping to find a stray dog for Emily to photograph, but they were all on hiatus, due to the terrible heat and sun. We found some graffiti, doubled back through the GAM where Emily and I managed to take pictures of the same person for two different topics, and Carlos probably did, too, but his camera battery conveniently died, so I never got to see any of his photos (though he did send a link later). 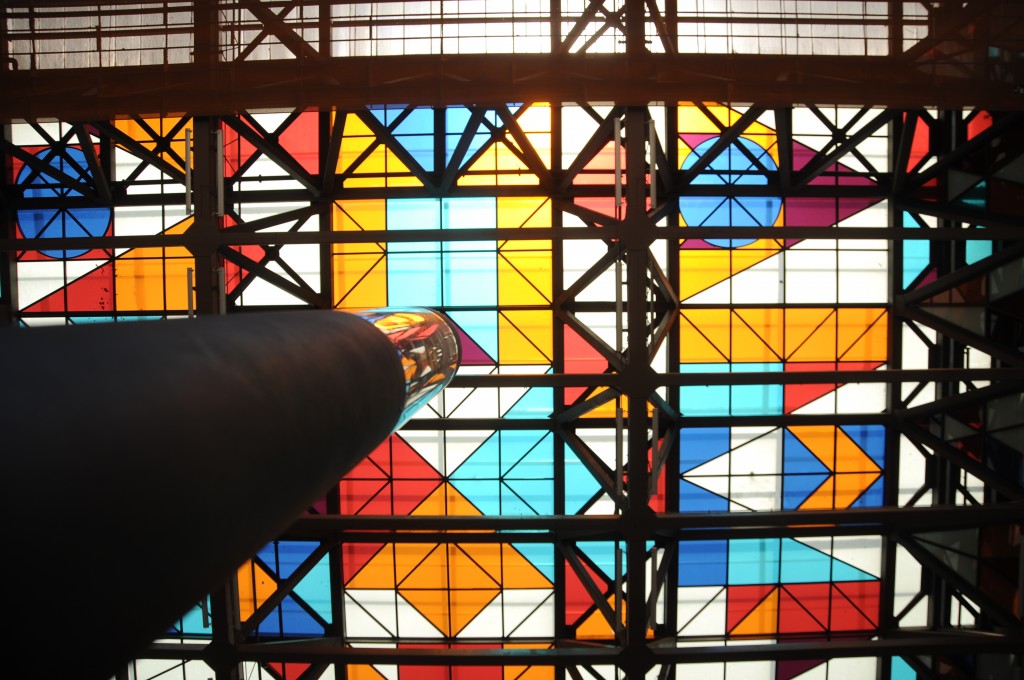 We had an hour or so, and then came back and shared our photos with the coordinators, who put them into files for each of the ten topics we were given, things like “a private moment” and “something hidden,” “too chic to eat,” “designer sky,” and “suspended in the air.” This last one, predictably, gave rise to many a jumping participant, to which I say, hats’ off, as looking good while jumping is a practiced skill.

We looked at each of the pictures, and sipped wine, laid our claim to them and heard appreciative oohs and aahs for the ones that particularly caught everyone’s eye. There was a good group of photographers there, and lots of different interpretations of the various themes, which was nice to see. It did seem like the same photographers’s work appeared again and again on the screen, but they (we?) might just have been the pushy ones, getting ours on the list to represent our small groups. Or maybe everyone else pretended that their camera battery had died.

The concept of Foto Ruta is applicable to locals who want a directed photography day with critiques, and also to travelers who probably would not otherwise study a neighborhood in detail to look for particular shots (the cue sheets change). It’s quite social, and was a good way to spend the day. I can see how it would be enjoyable for both groups of people, and I really enjoyed it, though I admit to getting cranky in the heat. No, really cranky.

One thing I might change is that one of the cues I found off-putting. Though in the end, the photo that it made me take was one I liked, so perhaps the problem is in my analysis, not the clue. Another thing is that while I’m all for positivity, I’m sensitive about “otherizing,” or making generalizations about a whole country or a whole people, even if it’s vaguely positive. There was an implied (and sometimes overt) enthusiasm about the beauty and openness “of the Chilean people” that rubbed me the wrong way. To me, countries and individuals represent a myriad of qualities, and while I’m happy that people find them snappable, boiling them down to a couple of words sets off my two-dimension-o-meter.

But… minor rant aside, a good time was had, and the peptalk and debrief were good experiences. I struggle with just showing a single photo of mine and having people say what they do and don’t like about it, so that was useful. I’m still struggling with how to make photography more collaborative.. I’d think that for many people, that would be a positive experience, too. They do private tours, as well, in groups of any size, English or Spanish, and anything from a camera phone on up is welcome. Jocelyn and Cat were both very approachable, and happy to give tips on cameras before and after the walk. 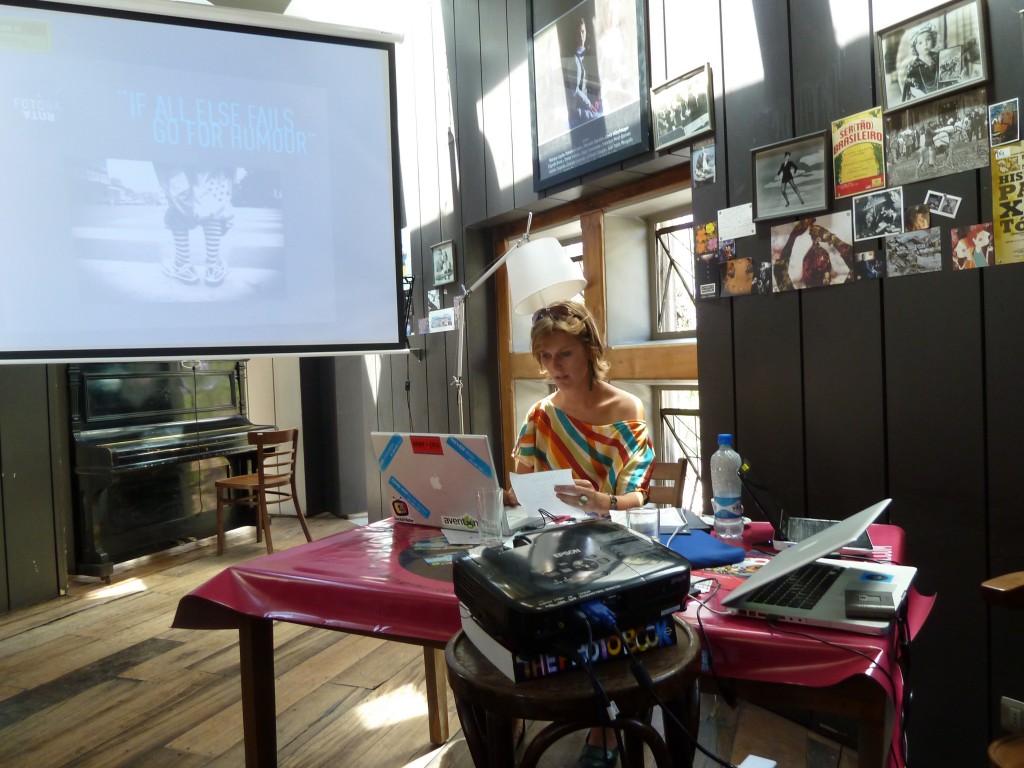 For more info on foto ruta, go here They’re established (and well-reviewed) in BA, and just starting out in Santiago, and they’ve got some dates coming up later in December if you want to check them out.

Want to see your tour or service reviewed here? Contact me at blognameAThotmail.com (where you replace the word blogname with my actual blog name).