How do you decide where to go next? 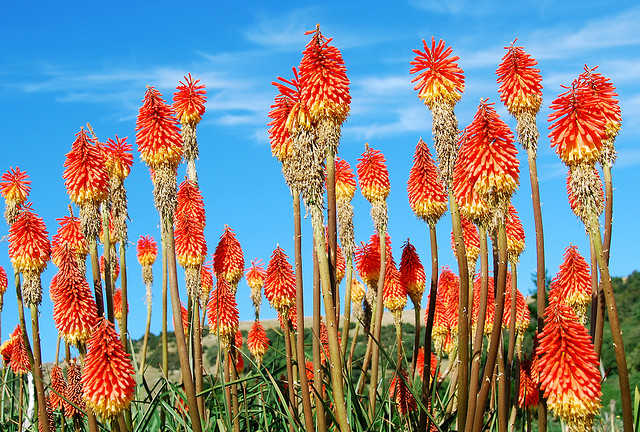 A friend recently asked me how trips are born in my mind. Where do I decide to go, and what do I decide to do there? And to be honest, I had never thought about it. I know that I have some must-return places. I want to back and do more travel in New Zealand. Maybe I’d revisit the south island and pedal to Mt. Cook, which I skipped over last time, due to time and leg-fatigue constraints (I was on a bike). Down to Invercargill, New Zealand’s southernmost city. Or up to the wine country. Or whale watching. Though I spotted more than my fair share of dolphins while stuck in a “traffic jam” waiting to pull up to the ferry to the North Island. But I could stand a trip to Kaikoura to go whale-spotting. I might take a mud bath in Rotarua this time, or eat more sweet potato, definitely more sweet potato (kumara). And carrot cake.

I want to use more of my hard-won Suriname visa, visiting further upriver, braving my selective mutism (I don’t speak Dutch, Srnan Tongo, or Saramaccan, or any other language native to the country). Colombia, for sure (this time with long pants for Bogotá), Brazil, to see a friend’s new house. And definitely to Valdivia, Chile, this time not in a wind and rain storm that was so loud I thought a train was chugging by (it wasn’t).

Right now I’m also particularly interested in (for no particular reason, and in no particular order) going to some new places. Greenland, The Azores, Salta (Argentina), Paraguay, and Cambodia come to mind. There’s French Guiana, too. But there’s more, always more. I have to renew my passport soon, and seeing that broad expanse of blank pages will surely turn me into a flight-deal-sniffing bloodhound. Once I get over the sticker shock of the new passport, gulp. But this time I will get the longer one, so I won’t have to deal with getting new pages again for a long time.

But how do I know where to go?

I guess it’s like this. You probably get a lot of mail to your house (because I’m assuming you live in the United States). And in that mail, there are catalogues. And sometimes, you idly leaf through them, and you think, hey, that new shirt/shoes/tech looks like something that would enhance my life/exercise/communication in some way, and you think about buying it. You might do some research, or ask a friend, or go the various stores and comparison shop. But the idea of buying something new floats nearby, and you just have to choose what.

In Chile, I don’t really get mail. I get a few bills a month, which come by messenger, and very occasionally a strange publication aimed at mainly retirees living in my comuna (district) of the city. So I don’t take a lot of time to think about what new goods I might want to acquire (photo and computer equipment, and books in English being the main exceptions). But what I do think about, is where I’m going to go. All the time.

There’s a gigantic community of people out there, and I’m linked, either directly or through Kevin Bacon (joking here, it’s actually probably Andrew McCarthy, now that he’s a travel writer, too) to many of them. There’s facebook, and twitter, and blogs, and magazines and newspapers that I read online, and the ones I see at friends houses and sometimes buy from the guy at the kiosk down the street from where I used to live. Everyone is always talking about where they’re going. Though sometimes I’ll choose a place precisely because no one I know has ever been there (see: Suriname, Azores). So I guess I heard of them somewhere along the way, and when I got bitten by a dog and fell down and went boom, the info shook loose and I thought, yes, there! Maybe?

But what makes a place a yes?

For me, there’s an element of photo-op-ism, as I can’t ever stop taking pictures. Or don’t ever want to (see above). And then there’s food, though I’d really like to travel to a place that could have the fruit and vegetables of Chile, the cheese and flat whites (coffee) of New Zealand, and some flaky spanikopita or boreka-like pastry (instead of Chile’s empanadas) from Turkey or Greece, There should be interesting non-meat-containing foods, nuts or fruits or simple (or complex) preparations.

I like to go to places I can safely cover long portions of by bike like Chile, New Zealand, and Costa Rica. Places where I can walk long distances and talk to strangers or peep at birds always appeal. Water is a huge draw, in any of its forms, though please rain only 1/3 of the time or less. A place that has pretty textiles is lovely, though I’m not likely to buy any, and I really enjoy being in a place inexpensive enough that I can stay in my own room without breaking the bank, though of course I can be flexible. I’m happy to have internet connectivity, and to meet a few, but not a large number of other travelers. I want to have time and space to write. I can travel with someone, but I don’t mind traveling alone. I’ve only recently begun traveling with other people after years of going it alone, and I’m happy to report I’m still on speaking terms with everyone.

But back to how I know where to go.

In all, I guess I’m back where I started, in that I really don’t know how I choose my next destination. I haven’t come so far from when I was a child, and I would spin the globe and close my eyes and put my finger down to find where I should go next. Though the last time I did this, no lie, I ended up in Chile’s Juan Fernandez archipelago. Which is yet another place on my list.

So how do you decide? (And yes, I realize I’m tremendously lucky to be able to move around more than your average bear.)

Disclaimer: There is a sponsored link in this page.

But everything I said is true, and I still want to know how you decide where to go next.