When good architecture goes bad in Santiago, can it ever go back?
Sometimes, kind of.

That means not all is lost. If you say something is rescatable, it means there’s still a chance.

I talk a lot of crap about the mad architecture disrespect that is rampant in Santiago. There are misappropriations, mistreatments, bad paint jobs, hideous re-uses and falling-down cornices galore. I could fill this page with photos of these. I could send you a picture every day for a year, and never repeat them. My neighborhood (República) has many awesomely garish examples. Here is one, which is historical at this point. Rooney’s a local grub joint (which I never had the pleasure to grub at), which has now been replaced by Lomitón, a red and black fast food chain that sells some manner of meat sandwich.

But check out the building it’s in, and tell me that’s not a crime before architecture to put that in that. You know? 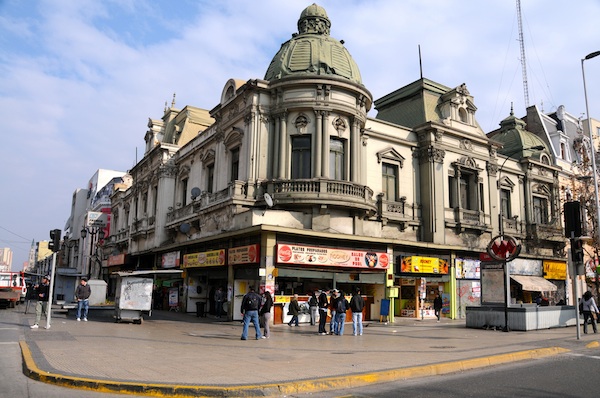 So when I first moved to Santiago, all those many, many years ago, and I would walk downtown, I’d see those bizarre juxtapositions, and empty facades, and oddly falling apart stunning buildings and think, well, why don’t they do something about it? Have they no respect for architecture? History? Beauty? Preservation?

For example, check out this beauty: 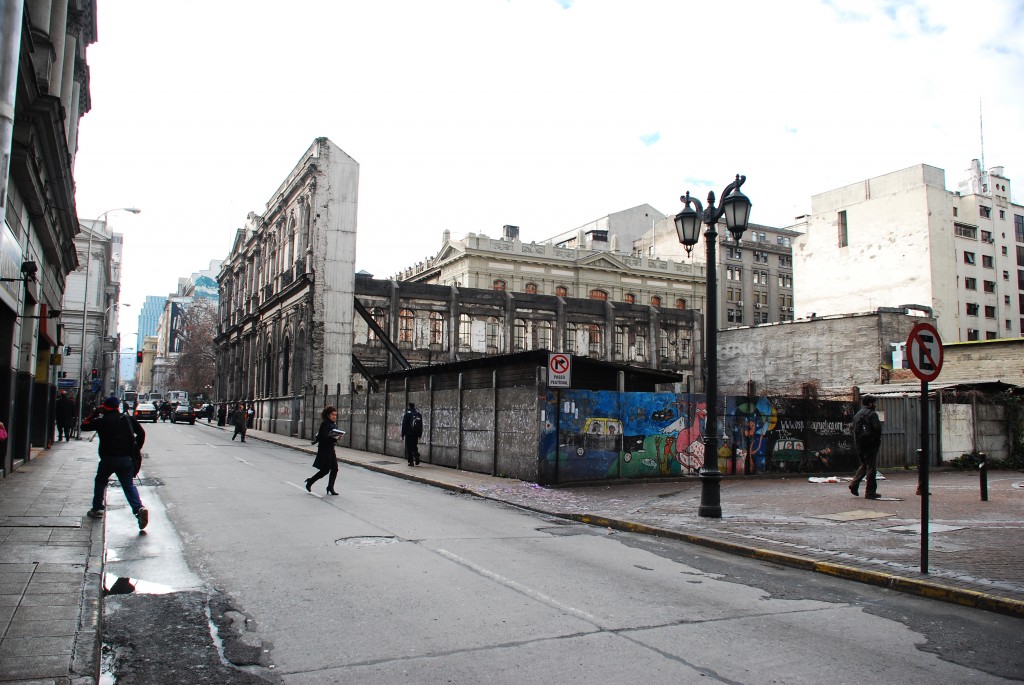 For most of the time I’ve lived in Chile, this facade, which everyone refers to as the “ex-El Mercurio Building” (el ex-edificio de el Mercurio), has been standing there, getting wet, drying out, getting wet, drying out. And finally, covered in construction planks and green gauzy fabric. And I thought, whatever they do, please let it be better than what it was before. Though of course I secretly enjoyed the photogenicness of seeing inside the building’s skin, and even the murals that cropped up nearby.

And then one day I was walking down the street and saw this. Not only is it the ex El Mercurio building (1902-1984), but it turns out it’s also the ex-Larraín Zañartu Palace, a French-inspired construction from the 19th century. And now, Espacio M. Essentially, a downtown mall, which they refer to as a slow mall (whatever that is) How does it look? Judge for yourself: 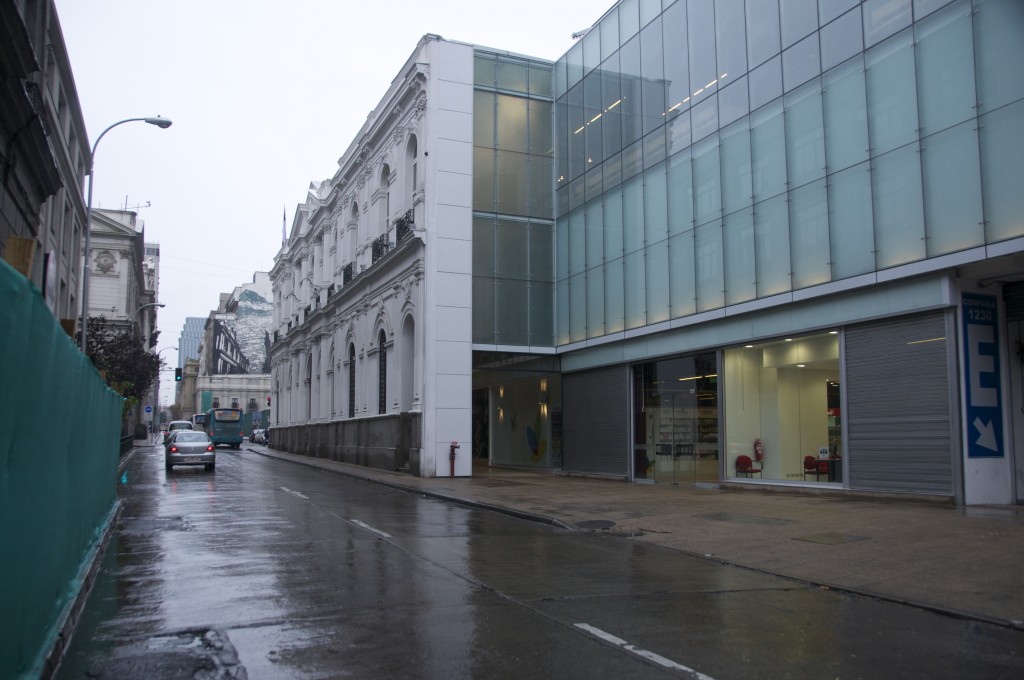 On the one hand, horrible monument to consumerism with the largest downtown Starbucks. On the other hand, a tea store! some Peruvian goodies! and free public bathrooms. They tried to charge, but apparently that flies in the face of some law, and someone was paying attention. I’m not entirely thrilled with the glass cube that sticks out of it, but Espacio M (for El Mercurio) preserved the facade, has exposed brick on the inside, and handy placards explaining the history of the building. When I was first there, it also had garbage bins under the drips coming through the roof, but I believe that’s been solved, and now there are shoe-shine stalls where the trash cans were.

Santiago’s got a way to go before we reclaim all the pretty, but considering the possibilities, I’m giving this architecture repurposing a tentative thumbs’ up. I just hope they don’t turn them all into malls. We’re fairly swimming in them at the moment (most recent mall post here).

If you want to know more about urban development in Santiago, check out Plataforma Urbana (in Spanish). And definitely watch this space for more finger pointing and tongue-wagging re: architecture, conservation, bad paint jobs, and always, urban photography.