What’s pretty in the Santiago’s metro. Dioramas, of course!

January and February are almost over, here, as there. And while I am sick to the very straps of my tanktop of the heat, there is something relatively wonderful about the mostly empty streets here in Santiago. Traffic moves faster with half the city somewhere else. Sorry Viña and La Serena, I’m sure you’re groaning under the crunch of all the extra people.

I mainly like to ride my bike about as transportation, but recent events being what they are, and my foot still being tender and painful and whatnot (further proof that the driver’s assurances that I was ok were completely false), I have been on the metro more than is normal. On the one hand, you get to enjoy the free sauna, a full 20 F degrees warmer than the street, and the complete lack of oxygen, which gives you sort of a transit high.

On the other hand, I get to remember things like, oh! there’s a library down there. And wall art. And historical placards. And inexplicably, my favorite Jr. High School-meets mass transit, the dioramas. 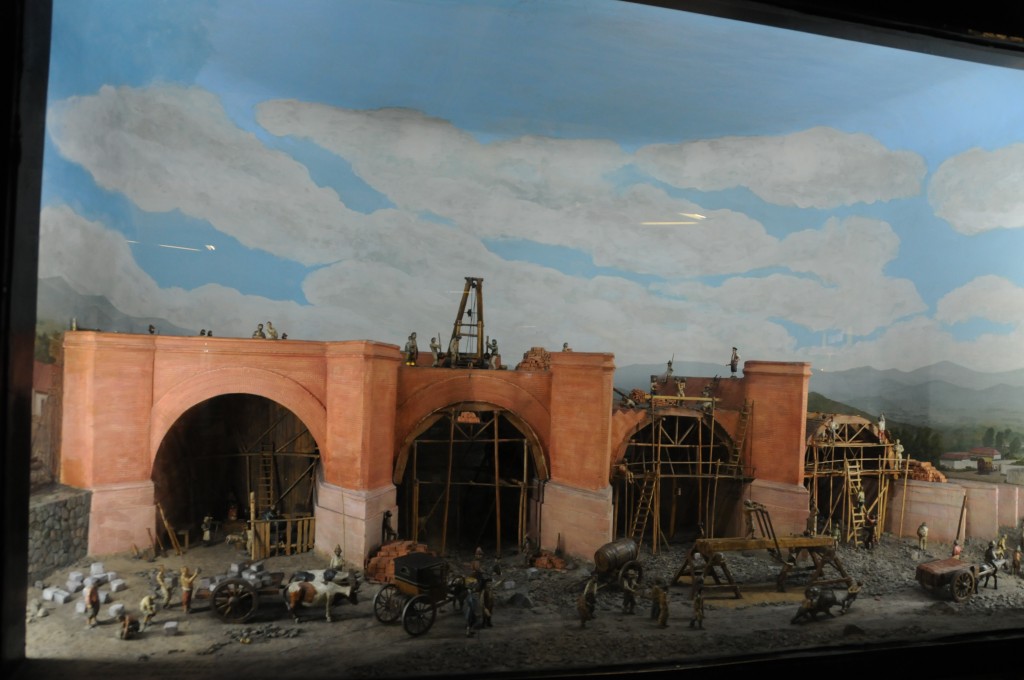 I don’t know why, but I’m sort of fascinated with these dioramas. This one depicts the building of the bridge Cal y Canto, so named because the mortar was made of lime (cal) and egg whites (canto, not a word normally used for this, usually we say clara de huevo when we’re talking about food). Aside from joking that they must have made the world’s biggest flan with all the left over egg yolks, this diorama always reminds me of when I first got to Chile.

For one thing, I spent some time talking about it with a friend‘s exboyfriend when I first went to the Estación Mapocho for the Cumbre Guachaca, in May of 2004 (gah! that’s a long time ago). Another is that there have been a bunch of changes to the metro since then, but these little alcoves remain unchanged.

For reference, here is the Estación Mapocho (right outside the Cal y Canto metro, also where you get off the metro if for some unknown reason, you simply must drink a terremoto at La Piojera. The station is empty now, but fills to the brim every May for the cumbre guachaca, and again for the book fair, and for many other feels-like-locals-only events. 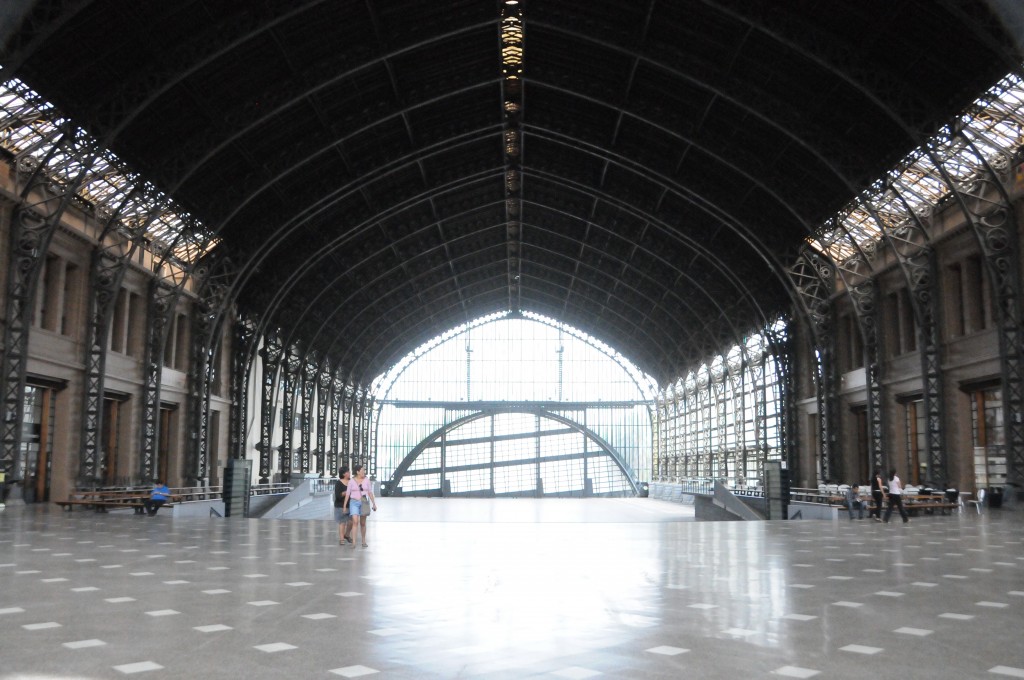 There are many dioramas in a variety of metro stops. In Baquedano there’s one of a train pulling out of the station in Copiapó, complete with tiny people waving at the train, and cotton batting coming out of the locomotive. There’s something so tender and not mass-market about them. Kind of a lost art form among cell phones and wifi and all the modernity of the Santiago metro. One day when I have a boatload of free time, I’d love to go visit them all. And then I’ll finally join that (literally) underground library.