Saturday in Santiago. Whereupon we do almost nothing touristy. 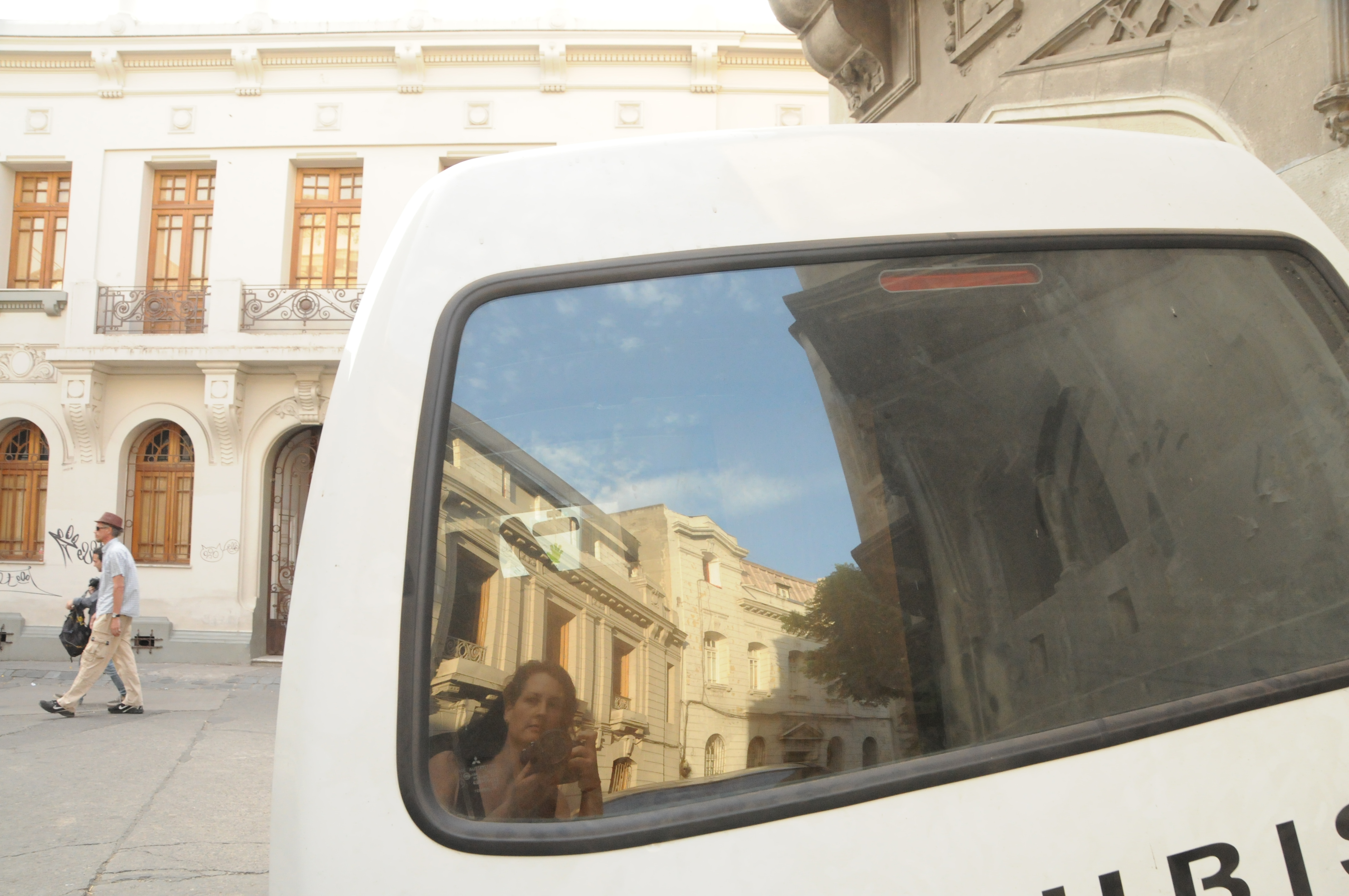 Sometimes there’s something you really love, and yet, you find yourself not doing it. This has happened to me, since I’ve gotten back from Nicaragua etc and undug myself from the pile of work that accumulated in my absence, despite frantic pre-excavation before leaving, I’ve hardly picked up my camera.

The reason is that I’m working on a few different work things, and one me thing, which is kind of related to this post, but not so much photography part. More on that later.

But Emily and I had plans, and she is also of the camera, and so we went out on a little photo safari before very long conversation and too much onion in our food.

Chileans love to talk about their own idiosyncrasies. I’d say this is one. This building has a composite name, both what it used to be called, and what’s called now. You see that quite a bit, the present and past name joined together. 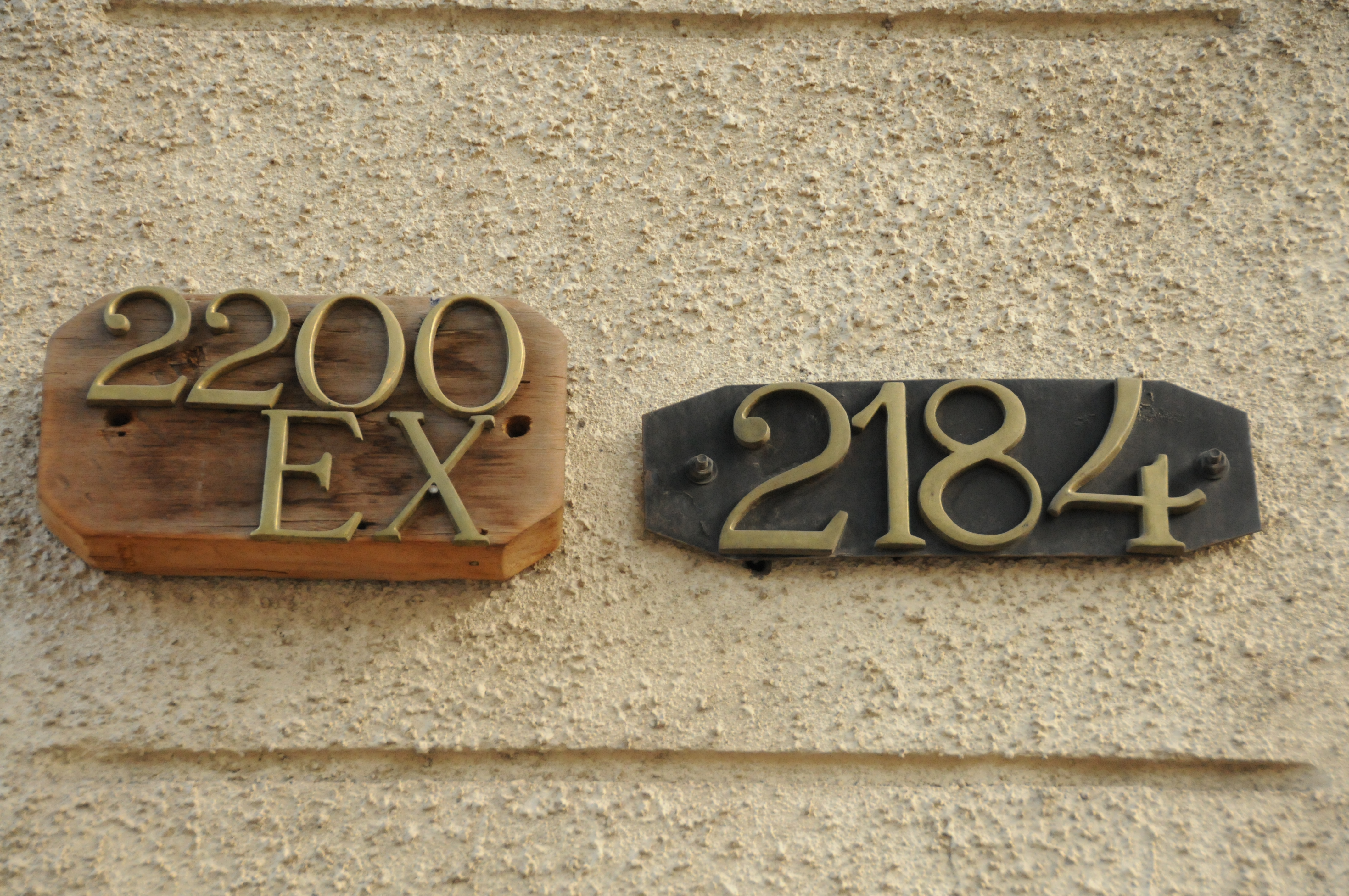 I have no idea what would make you want to spray paint this, nor choose a ridged surface to do so, but there you have it. 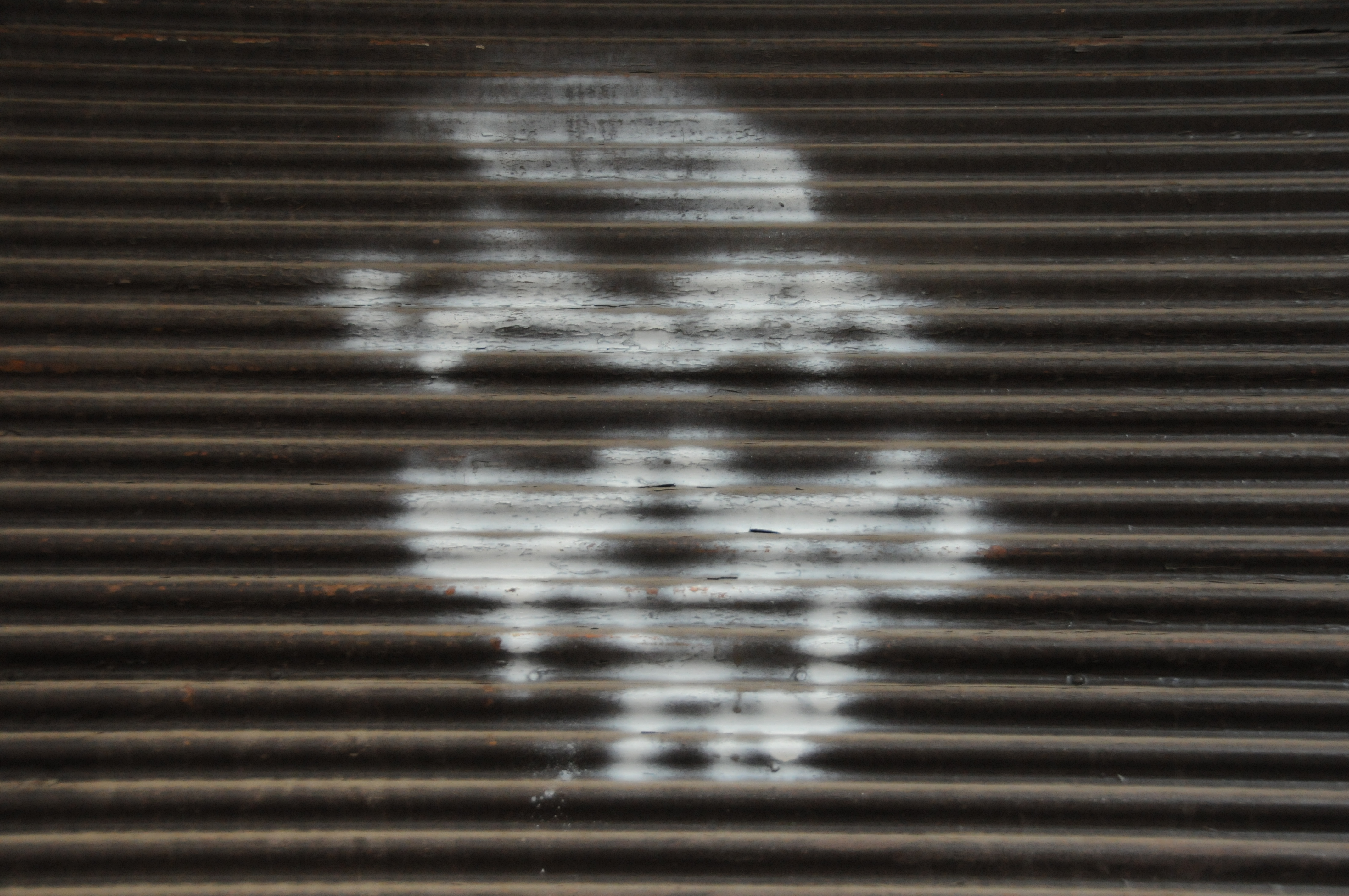 So much going on here, with the skateboarding and the biking and the man and his dog, and the strips that hide the parking area of a “love hotel” fanning out in the wind. 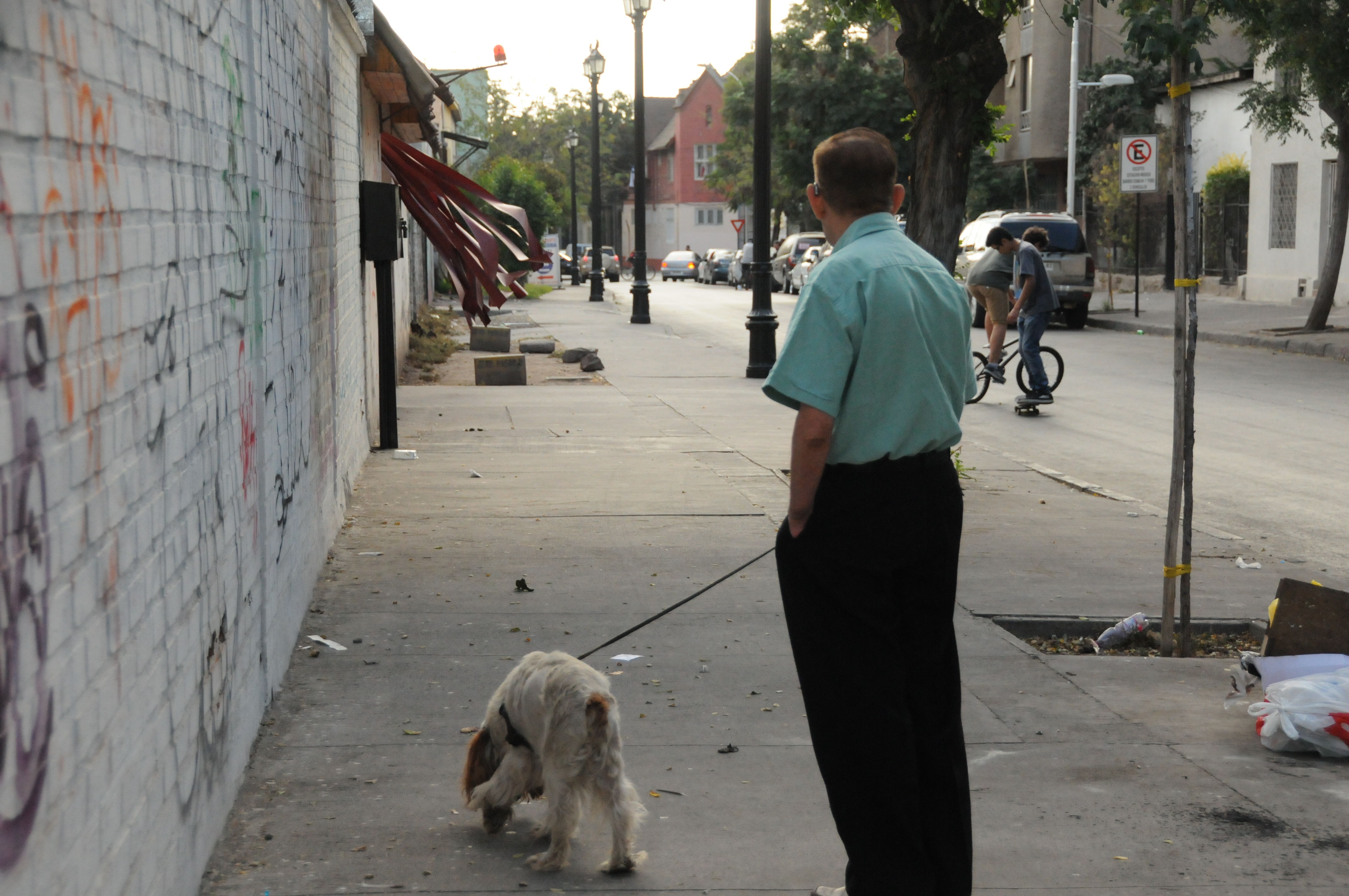 And in this photo, nothing’s going on at all. This guy is part of a video shoot and he’s waiting to be called in. He posed for the picture, and seemed to have kind of forgotten he had the handcuffs in his hands. 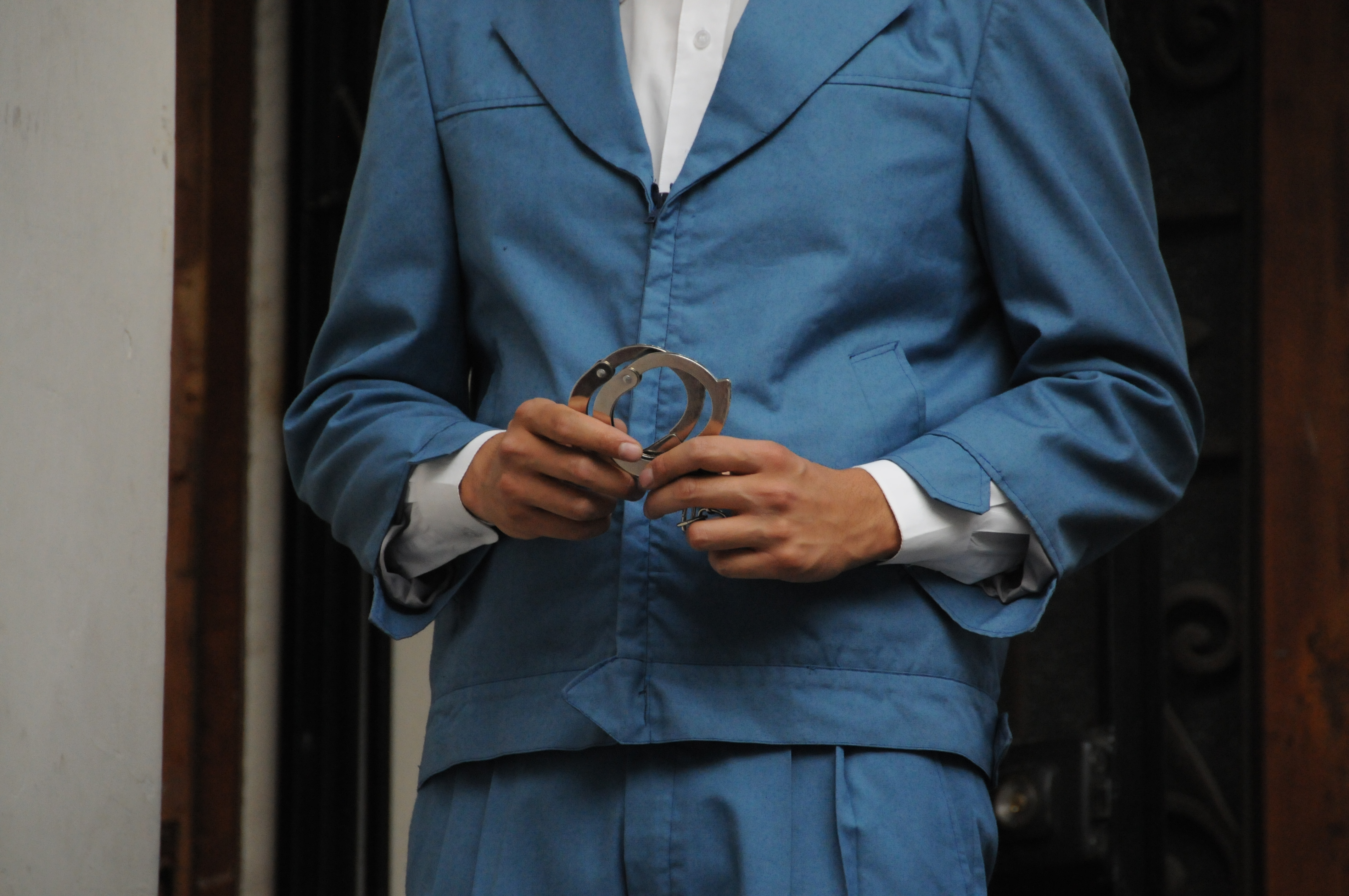 I don’t know why this guy is wearing a top hat. It had something to do with the street fair we paused at, I think. Emily talked to me about making the water look like lines, and so I had to do it, too, because I’m a copycat. And because now I think of this guy as being trapped in a water jail. Would explain the sad look on his face. 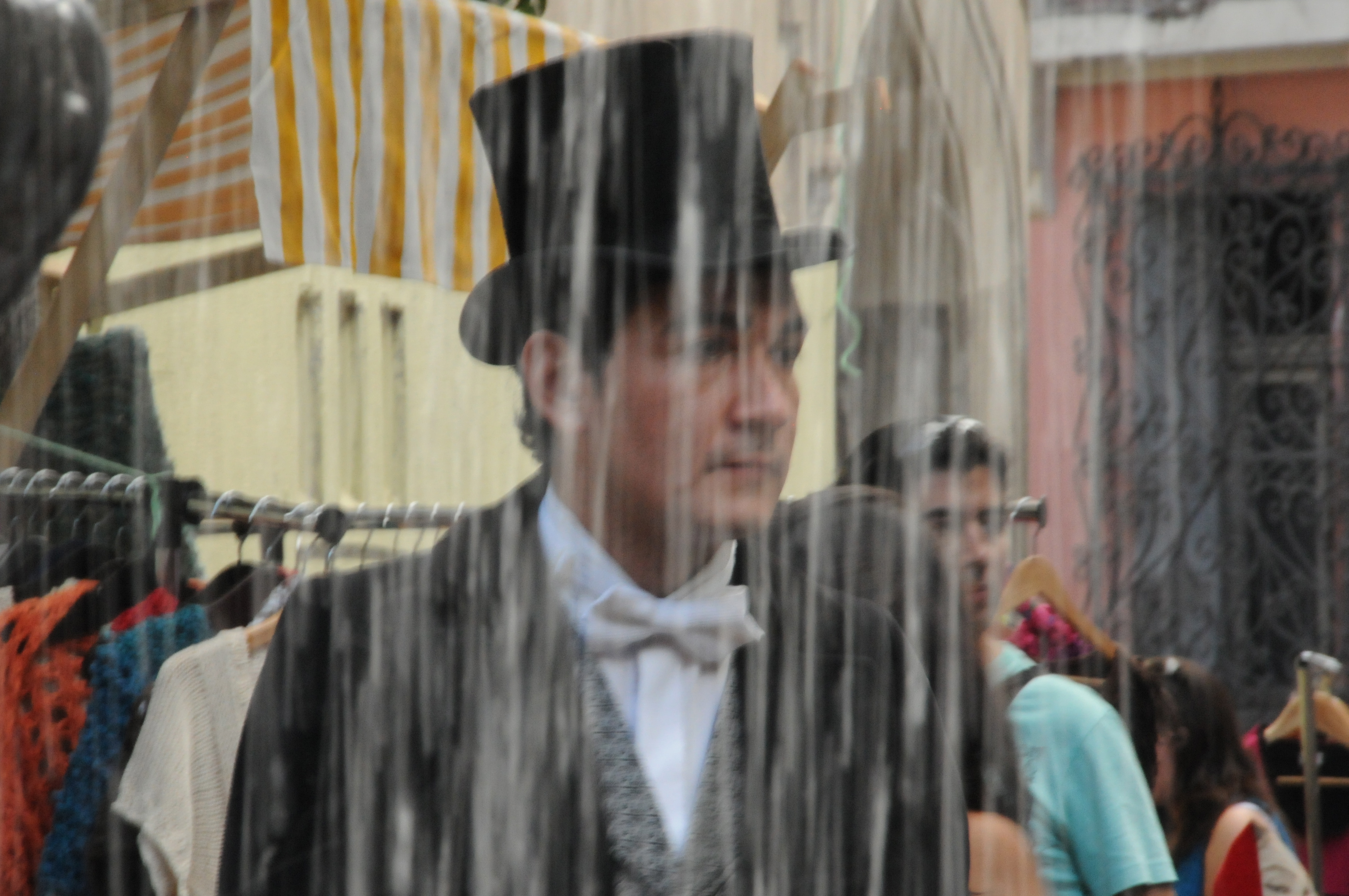 I’m not sure if it’s bad for your camera to look into blinding light. I know it’s bad for Emily because she couldn’t even see wht I was taking a picture of, but ever since that eclipse, I’ve been taking pictures straight into the sun sometimes. The word you’re looking for her is “encandilado” which is the temporary blinding that comes with this bright light, but hopefully not this photo. 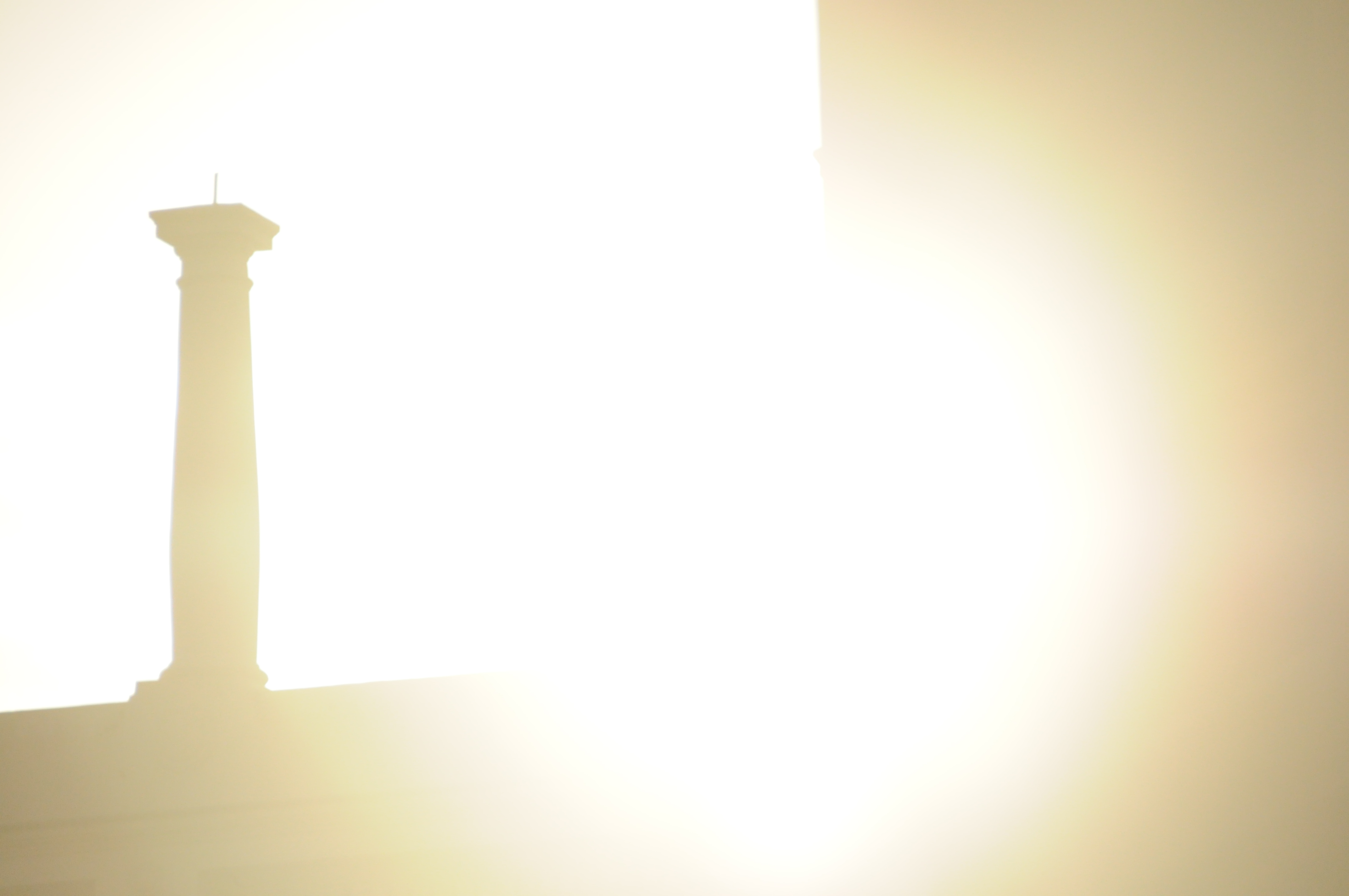 First photo, that’s me, and some people I don’t know, in the reflection of the rear window of a car. We are mostly in and around Plaza Concha y Toro, a little “secret” plaza that makes up a part of Santiago I think of as “the cobblestoned part,” though really, there are cobblestones in all the old neighborhoods.

Happy photo safariing, or getting back to whatever it is you love, where ever you are.