New no-smoking law soon to go into effect in Chile 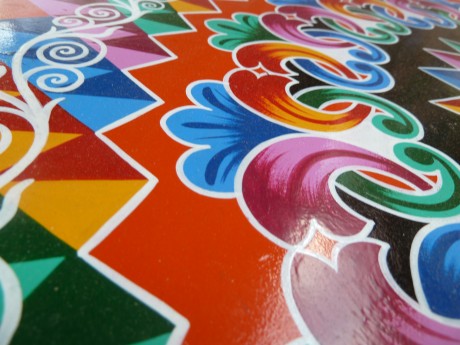 I am not political as I might be. Sure, I voted in both the US elections and the most recent municipal Chilean ones, but really, I don’t keep up to date with all the media, all the happenings, all the headlines.

But one thing has really caught my eye going on in the Chilean news right now, and I am so very happy. But first, a tangent, as I am wont to do.

When I was in Costa Rica a few weeks ago, I met a fun Dutch/German couple on a daylong tour I was on (volcanoes and pretty painted things (see above), oh, my!), and they invited me to hang out with them and the proprietor of their hostel that night. I didn’t have anything else to do, and also, making night plans when you’re traveling on your own is not so easy, so I decided I’d go, mindful of the fact that I had to wake up early the next day, and that I often don’t feel too great after a night out. I’m not a big drinker, I reason, it just hits me hard.

And we went out, and it was fun, though they did make me go first to an Irish bar in an area called Barrio California, where I ran into the Guatemalan kids that had sat next to me on the bus from Nicaragua (got that?). Anyway, the Panamanian hostel owner (living in Costa Rica) and I chatted amicably, until he went off on a bizarre irrelevant tangent, (far more irrelevant than this one) about how Central Americans treat women vs. how South Americans treat women, positing, of course, that the Central American way was the right way, and I wouldn’t know, and didn’t really opine, but it didn’t matter, because then it was time for me to go home, and after a long, long discussion of everything I had ever seen near my hostel, a taxi driver figured out how to get me home, and I opened the gate to the parking lot (because they stopped using the front door after getting stiffed a couple of times by travelers), and went to bed.

And I woke up, and felt great.

In Costa Rica, there is no smoking in enclosed places. No nicotine infusion into my lungs, to make me cough and give me what was never (ok, not never, but mostly) not an alcohol hangover, but nicotine poisoning.

Wouldn’t it be great, I thought, if Chile followed suit?

And they have. And they will. As of March 1st, no smoking in enclosed public places (link to El Mercurio graphic on the subject). Who knows, I might even go to Don Rodrigo’s again.