On realizing I am bien acompañada 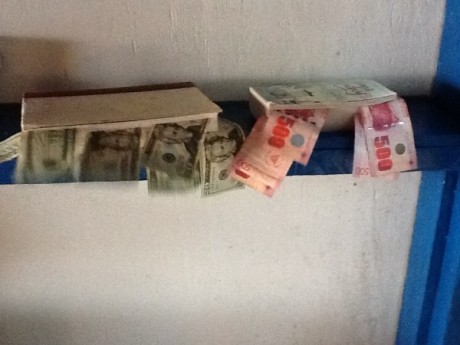 Finally figured out the photo thing. WordPress app. Who knew?

So I wrote what, until now, has been my most-widely read blog piece. I know it’s in fashion to say you are humbled by something, and filled with gratitude. I’m glad that the internet exists, otherwise that piece, like many others, would be sitting on a hard drive somewhere, or worse, just floating around in my brain, where it might get eclipsed by the thought of how long it takes one to not notice the clammy feeling on your skin in the un-airconditioned Caribbean. I’m also rethinking oh, lots of things, because I think, like many of us, I had not considered the ways in which what I’m thinking is not necessarily pinprick in the galaxy, but rather a shared thread. So I guess you could say my main reaction is flummoxed. Head-scratchy, even.

I also know that whatever I write today won’t have nearly the traction of that piece. And well, boo. But I’m sitting on a couch between my two open screen doors and the wind is sweeping through and the bills (córdobas and dollars) that I have left strategically drying around the room are flapping, this after yesterday’s travel fail of putting every single thing I have with me in drybags or plastic bags, everything other than my precious travel waistpack with the money and the passport. Which wouldn’t have mattered if it weren’t true that when you take the panga (small boat) to Little Corn Island in Nicaragua, you will be take-a-shower wet, and no amount of hugging your forearm to your belly to protect said documents will keep them dry in the least.

But it turns out people like navel-gazing, and they like travel fails. And I have read the comments on that other piece and then, with the same semi-surprise as when the growing spray that turned into a face-slapping shower yesterday on the panga, I realize I actually am thankful. For all your clicks, and shares, and telling me how my piece resonated with you, and how your story overlapped or resembled or diverged from mine, or reframing my own argument in terms I had not thought to use, and nods from people I know in real life that I’d never breathed a word of this to. Because it turns out that in spite of the pinprick you live on (and for me today that’s a pretty diminutive island), or how much you tell yourself the fiction that no one gets you, you are, and in this case I am, bien acompañada (well-accompanied) on this journey.

Thank you so much for coming along. Oh, and not making too much fun of the drying money situation, nevermind the warbly passport.