A rag-tag collection of dolls. Creepy, by any count. 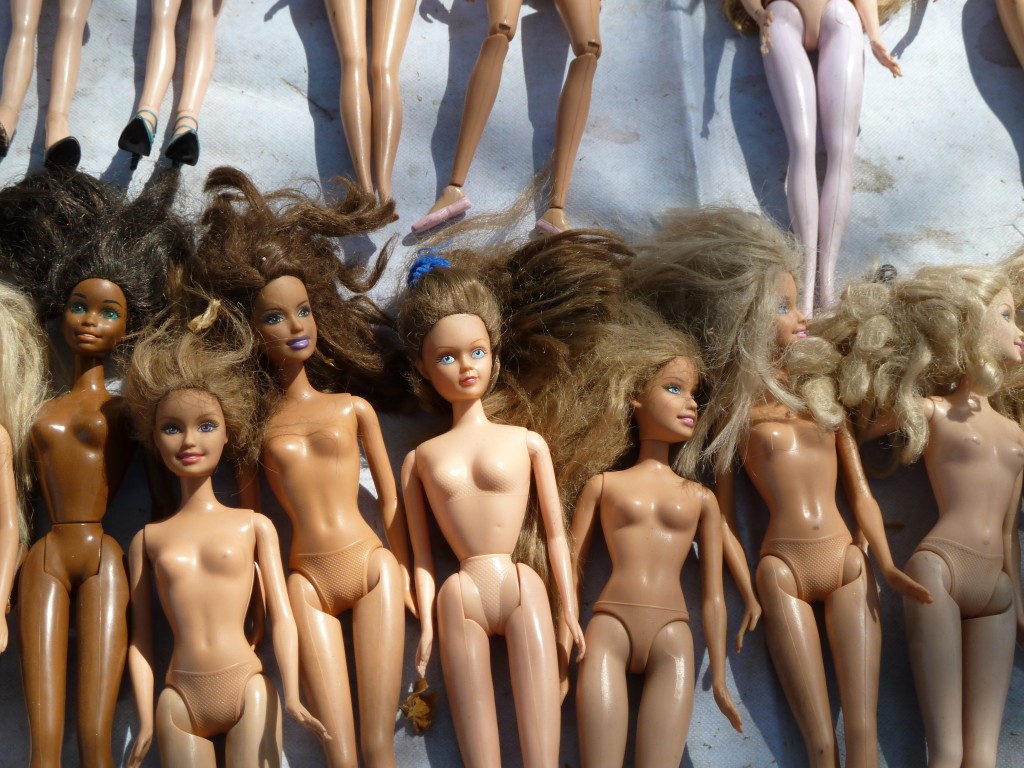 I don’t collect anything. In fact, I try really hard not to collect anything. I have duplicates of many things, regardless, partially because I forget what I have here and buy the same thing again when I’m out in the wild (brown sandals, lavendar jacket, I’m looking at you). But I don’t want to have a bunch of stuff around that just sits there, looking at me, usually with a face that says “please dust me.” I do not want lots of anything (except maybe cameras and books).

But I love looking at collections of things. Not necessarily intentional collections, just repetition. Lots of the same things. Rooftiles, feet on a line, police officer helmets balanced on heads, birds on posts. I prefer order, but disorder is okay sometimes, too. And the occasional, you know, creepy box of dolls is okay, too.

What? You’ve never seen a creepy box of dolls? You’re missing out. If you follow the feria haul reports, you might have seen this one:

But then there’s this one, which is (maybe) less creepy because the dolls are clothed, and all from one family. At a garage sale in Las Condes. 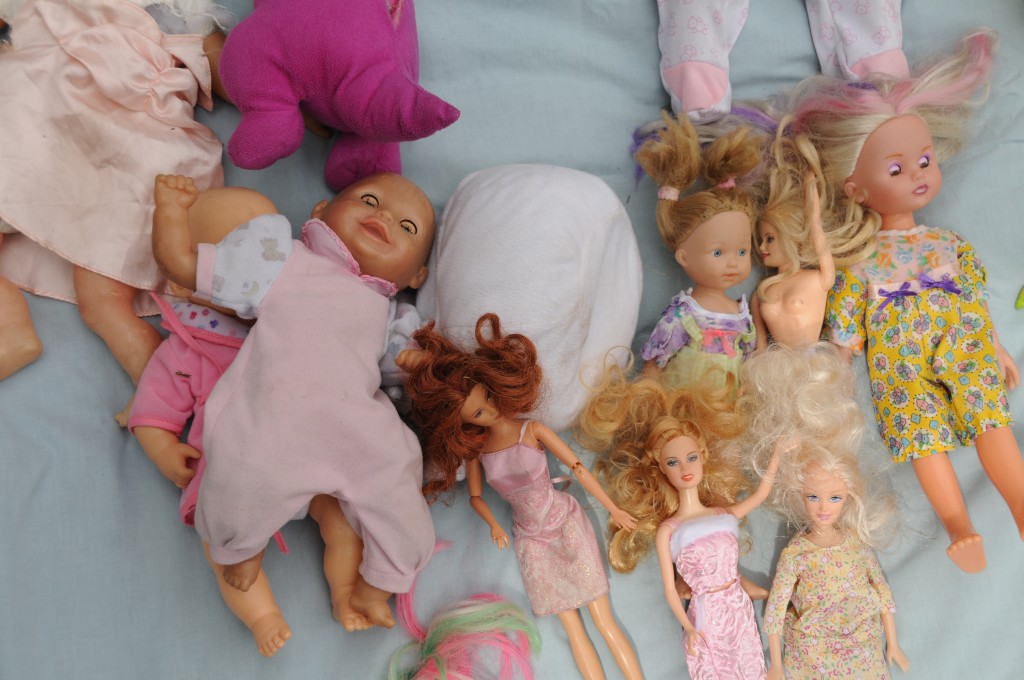 And then this one, which is probably the creepiest of them all, an actual box, dolls naked, in disarray and armless, floating heads like a build-your-own-frankendoll stand at the feria in Valparaíso this weekend. 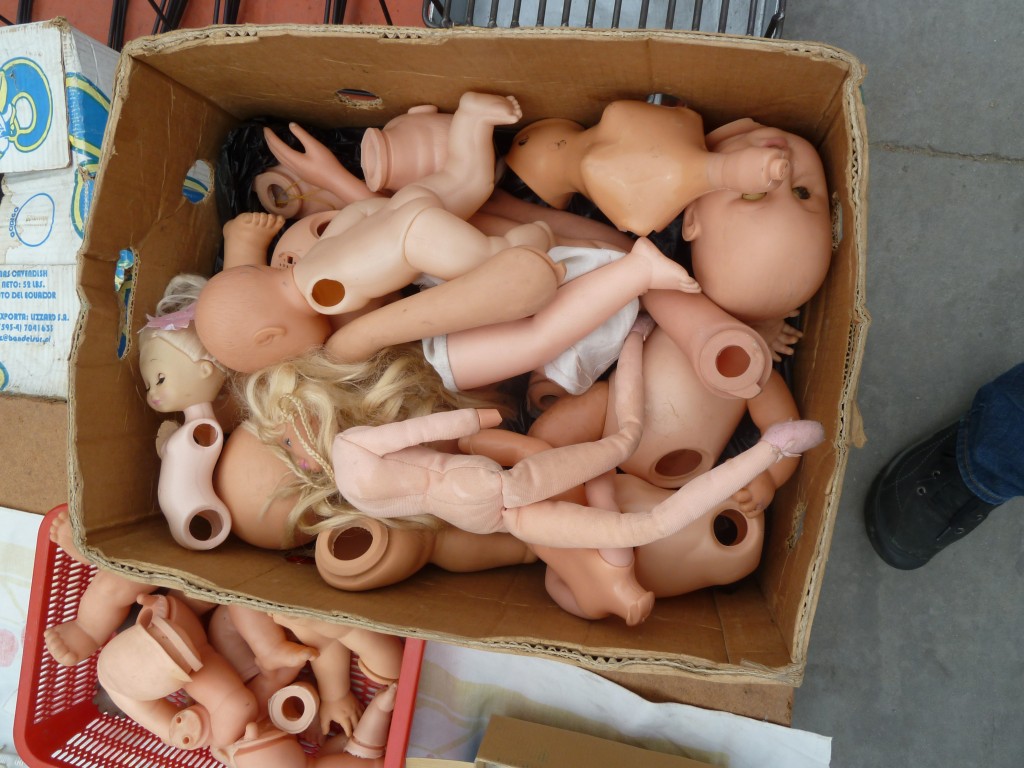 And how is this related to living in Chile? We have large informal economy, with many people who either have jobs that don’t quite pay enough, or who make selling used items at the feria their job. At most ferias, there will be sheets with baby clothes on them, tangles of wires, collections of remote controls, used jars, many, many pairs of used shoes (the latest of which I tried on, and sadly, they were too small, which maybe isn’t that sad, since they were both red and mary-janes, and I (of course) already have a pair of red mary-janes, which I remembered, and I’m not supposed to collect things, but red! mary-janes!

And there are dolls. I wonder who buys them, and how happy the kids are to receive them (probably very). And I will keep on snapping them for as long as I see them, because though I find them weird, small, dirty, plastic reminders of kids that are no longer kids, I like the orderliness of stacking them all together in one place, as though for a discarded doll census.

And now back to your regularly-scheduled, (probably) box-of-dolls-less day.