Sunday at the races in Santiago, with wild hand gesticulation at the end

On Sunday, there were many plans, there were, with many friends, some of whom even have blogs. But in the end, I deep-cleaned a “zone” of my apartment (if you know me, this doesn’t surprise you, that I split it into zones), and then called Abby to see if she was anti-horseracing.

There have been recent reports about abusive practices that lead to stress, pain, and even death for the horses. Abby grew up on a farm, and was obsessed with horses when she was young, so I didn’t know if it would fly in the face of her upbringing to suggest going to Club Hípico (the track), which also happens to be about a 15 minute walk from my house.

It did not, so we did. It was a big event, one of the “clásicos” which coincided with “el clásico” (soccer) which is when U de Chile plays Colo Colo and the world descends into chaos. We were far enough away from the Estadio Nacional so we didn’t see much of that, though there was an hincha (fan) actually riding atop a micro coming down Blanco Encalada. He must have squeezed through the ventilation hatch in the roof. Nutter. 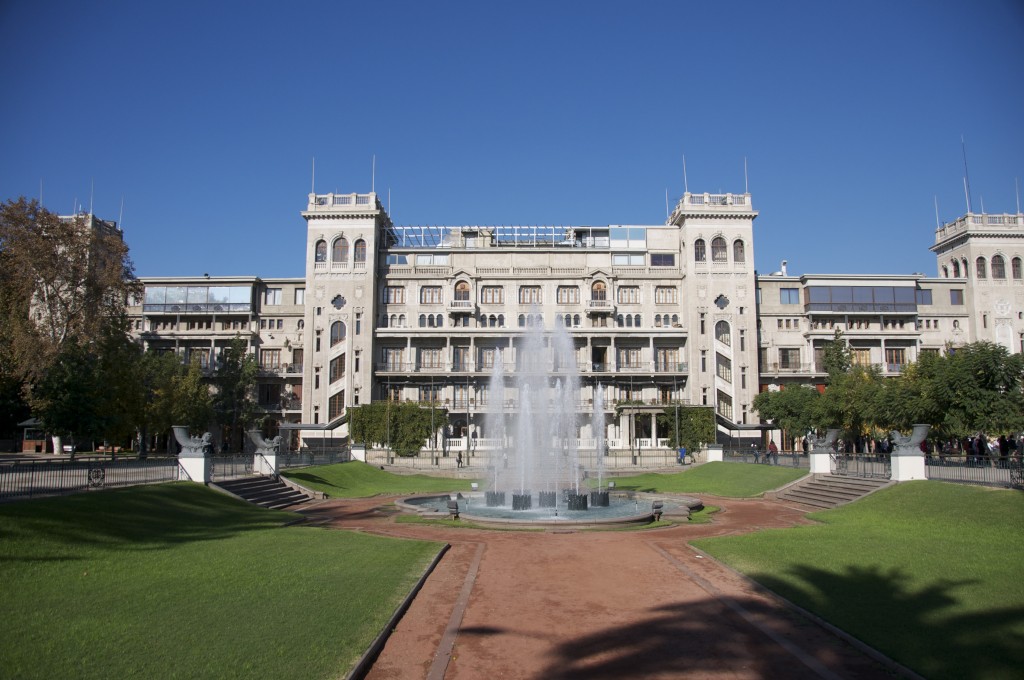 Inside the grounds, before you get into the club itself. 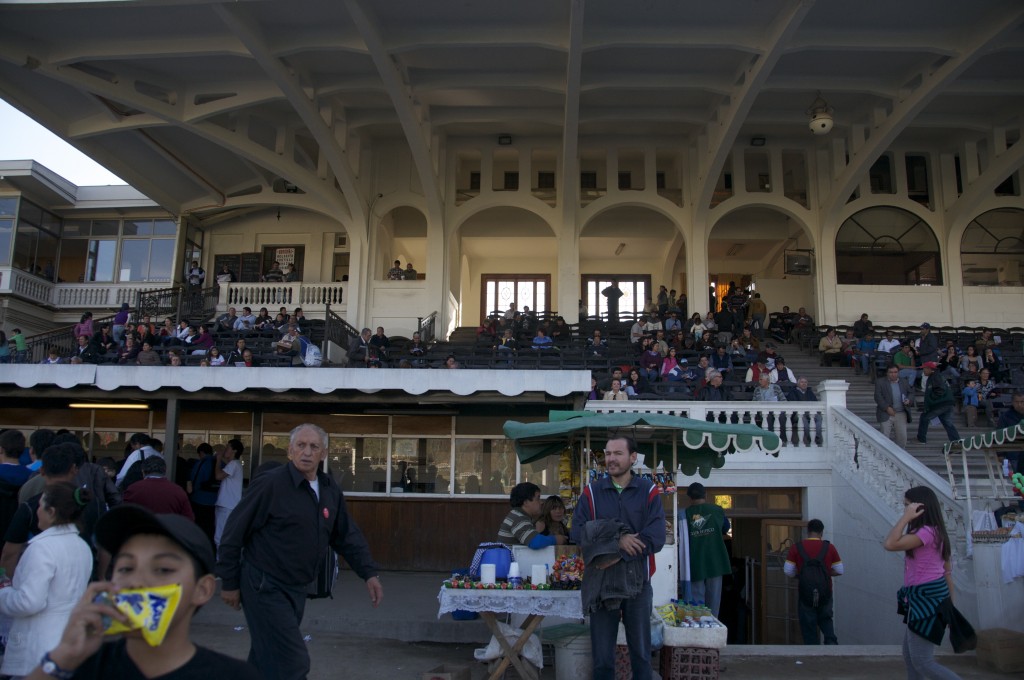 looking back up into the stands from closer to the track 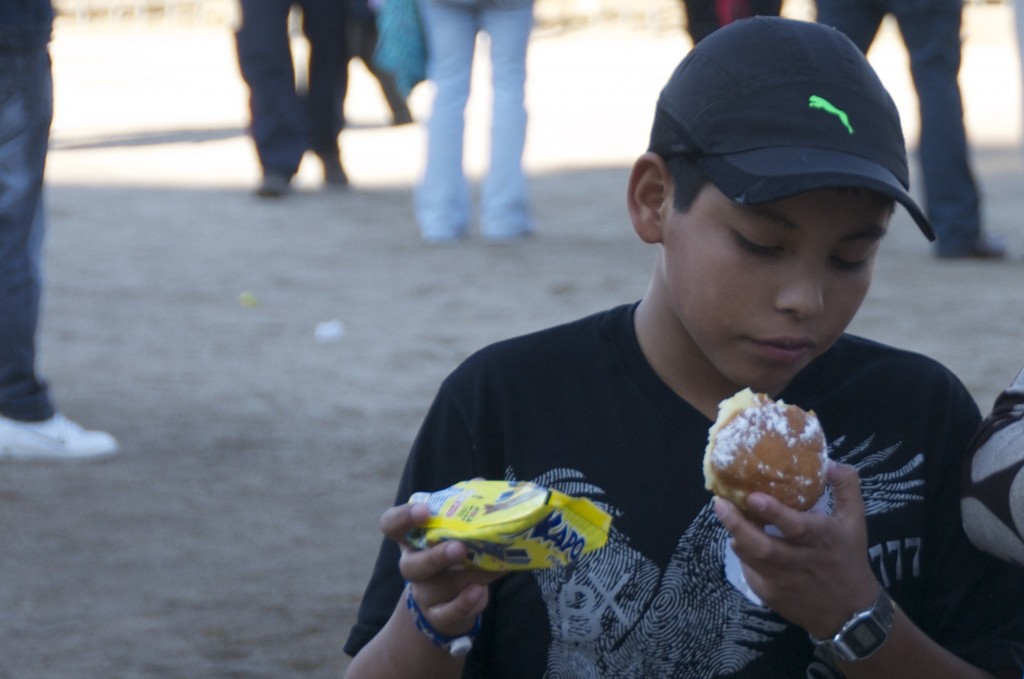 Somewhat unexpectedly, the snack of the day turned out to be a berlín, which is a custard-filled “doughnut” where the donut is more like bread than anything else you may have tasted. The kapo is a kids favorite any time. I’m guessing it’s like a nuclear Capri Sun. 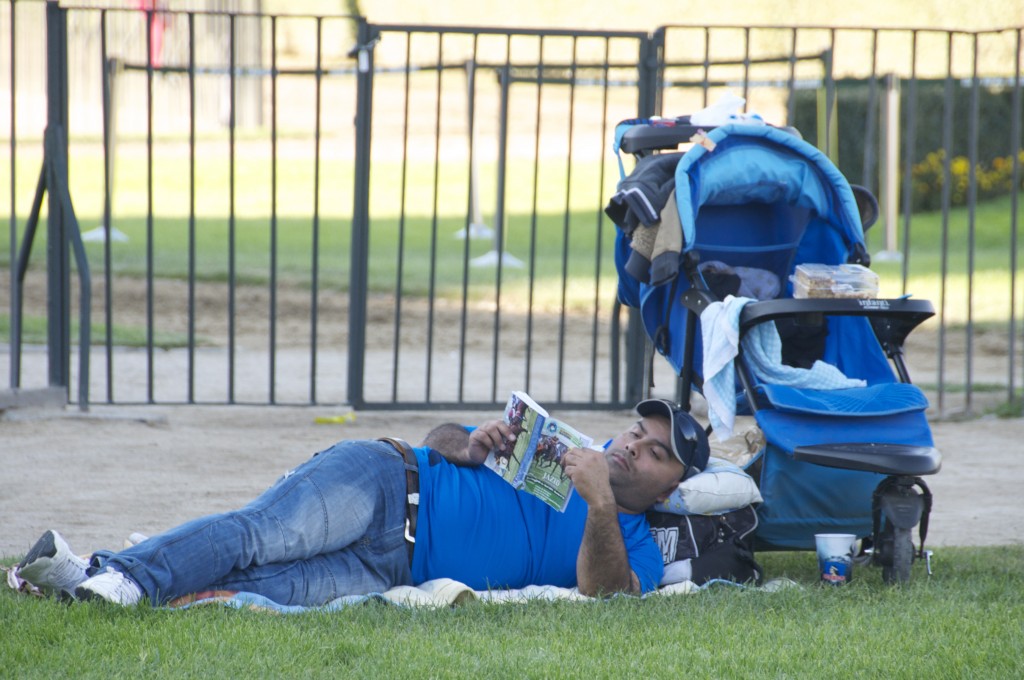 There were dads lounging and reading the day’s program. 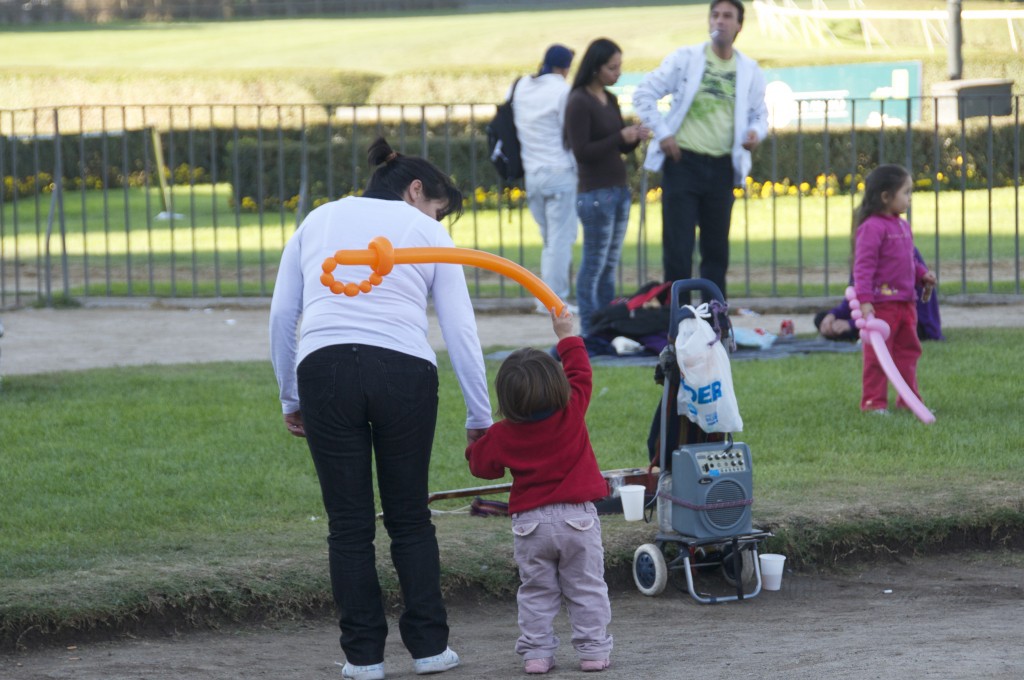 And kids, ready for a balloon sword fight. 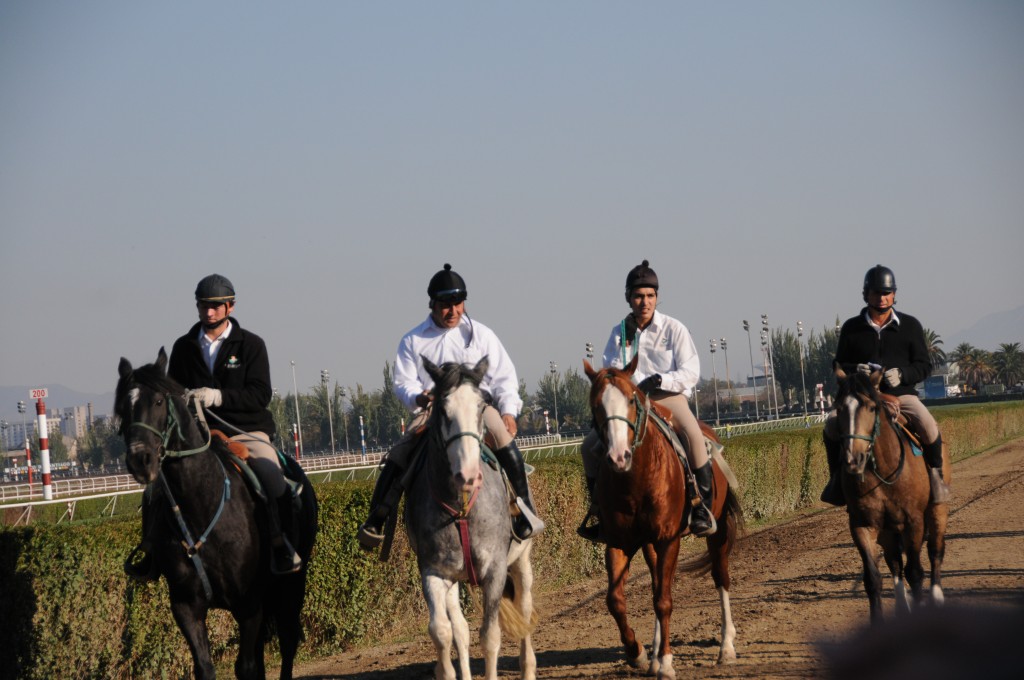 But oh right, where was I? Horses. Abby said these horses are used to calm down the race horses, who are skittery (my word). 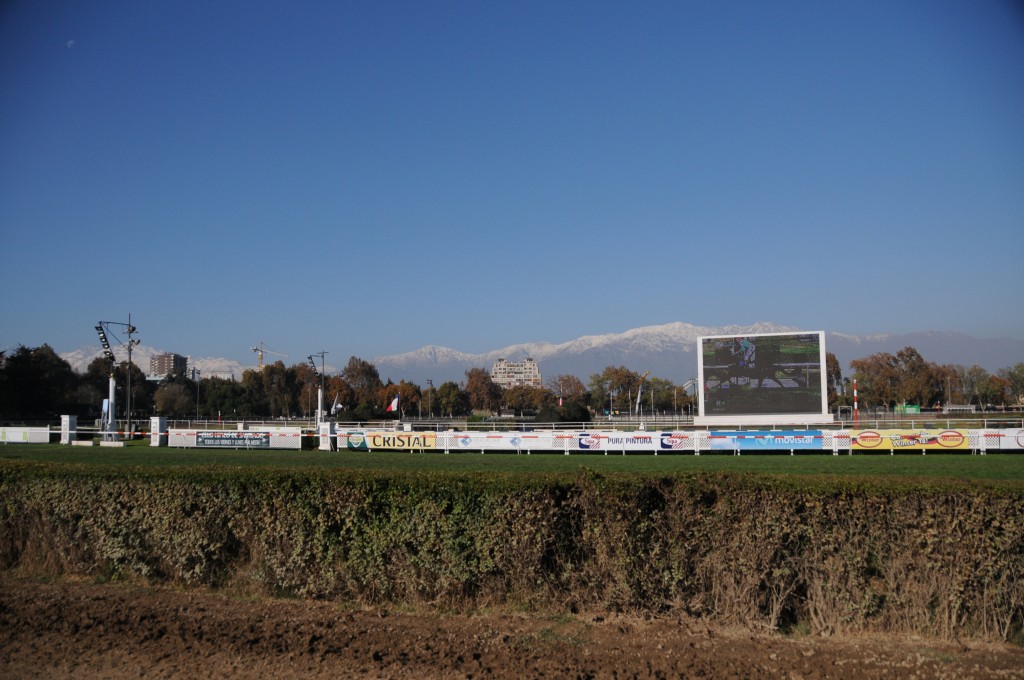 And there’s the track, with the giant MacBook-looking screen. 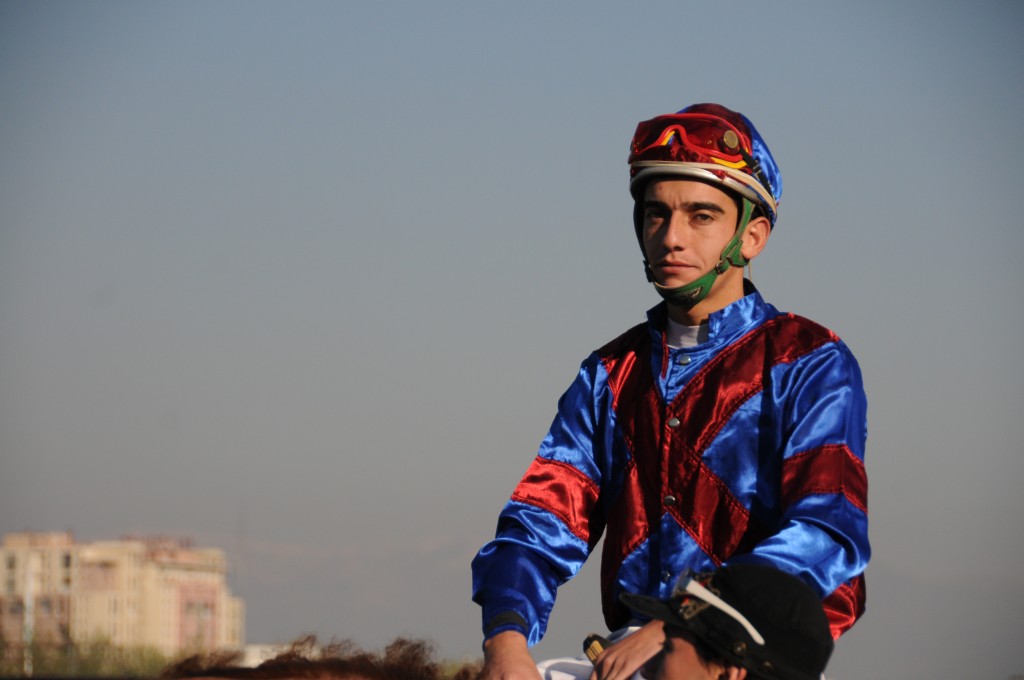 And men in shiny, shiny clothes 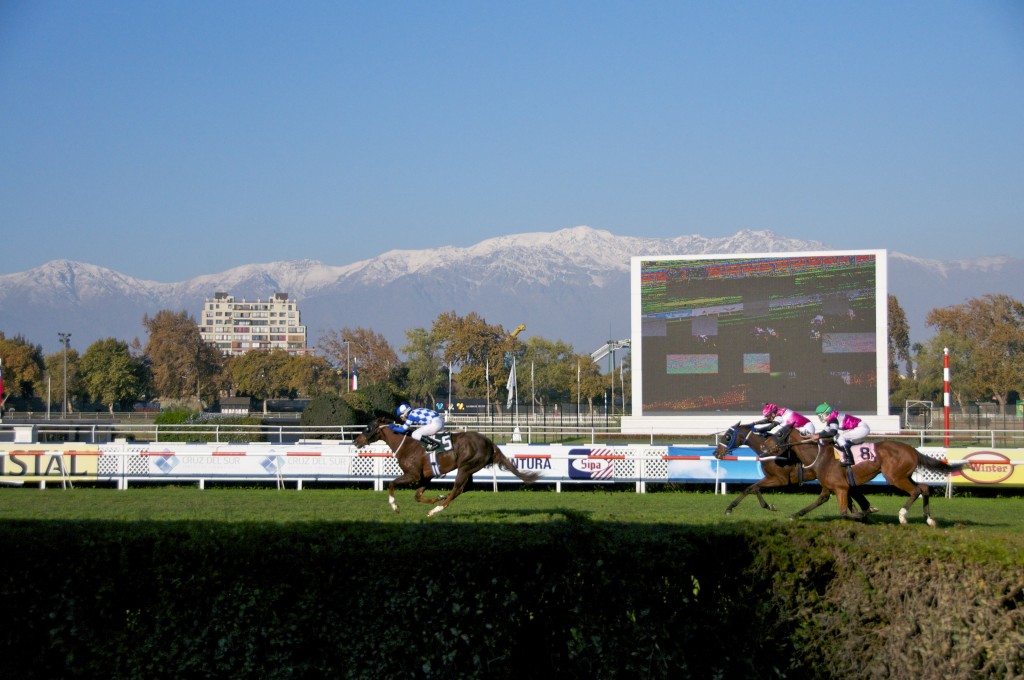 And an actual race (heat?) 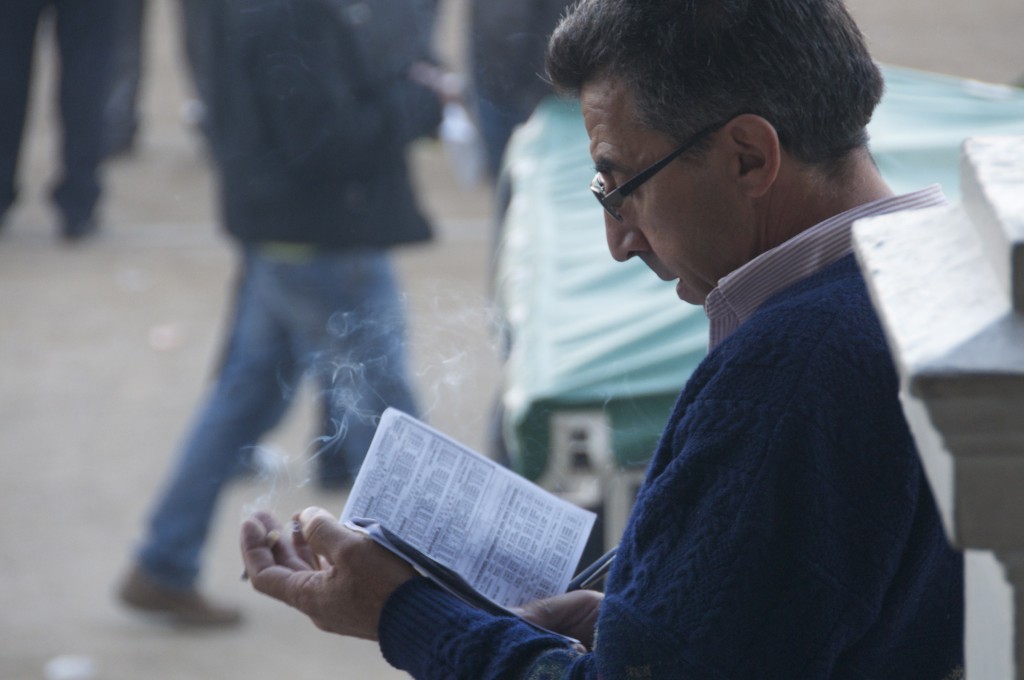 And then we moved up into the stands, and people were so serious, exhibit A.

And the best part of all, was watching people watch the race. I really like the hand flinging in this videoclip (my first ever movie “making” attempt), both the body language of the guy in the center of the video, as well as other people in the background. This fling means the equivalent of comeoncomeoncomeoncomeoncomeon!!!!! And it’s awesome to watch. There’s a whole story here, and at the end, it becomes clear that the guy to the right of the hand-flinger had his money on a different horse.

And the view on the way out wasn’t bad, either: 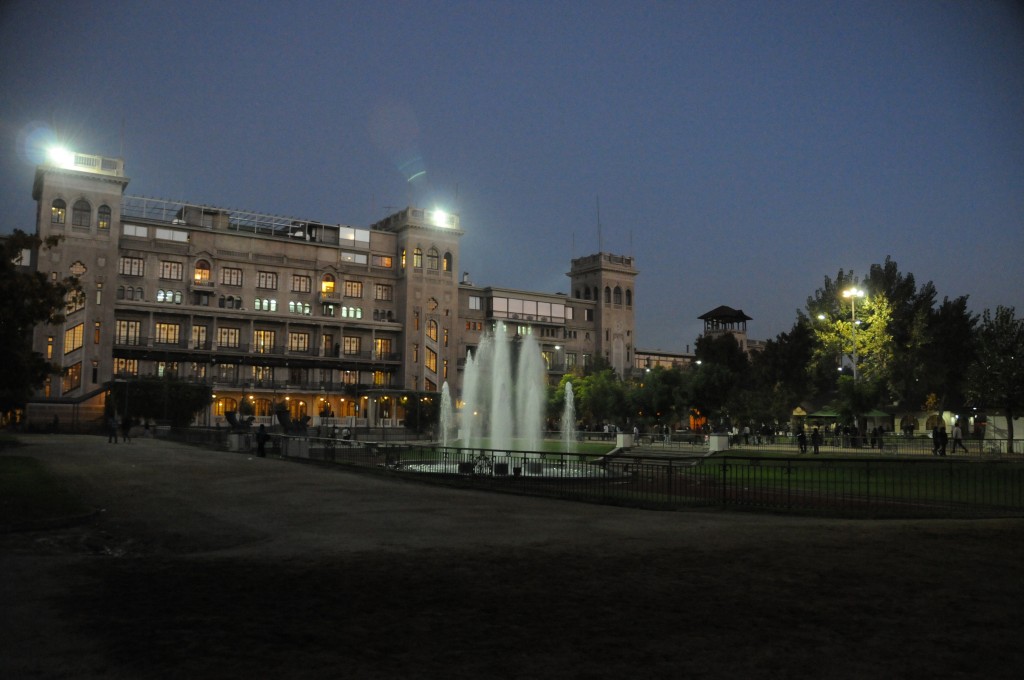 And if you want more reports of me going to the horse races, which I know nothing about, but which Kate explained a little to me about the last time in Viña, go here.

Club Hípico details:
Website: here
Address: Blanco Encalada 2450, closest metro República, but still a little bit of a hike.
Cost: No idea. Women get in free. There were not many women there, notwithstanding the fact that it was free.
Hassle factor: Nonexistent. It was like we were invisible. No one looked at us, talked to us or otherwise made our experience there unpleasant
Calzones rotos (Chilean snack food (name means ripped undies)) status: cold