What time is it in Chile? A fine question. 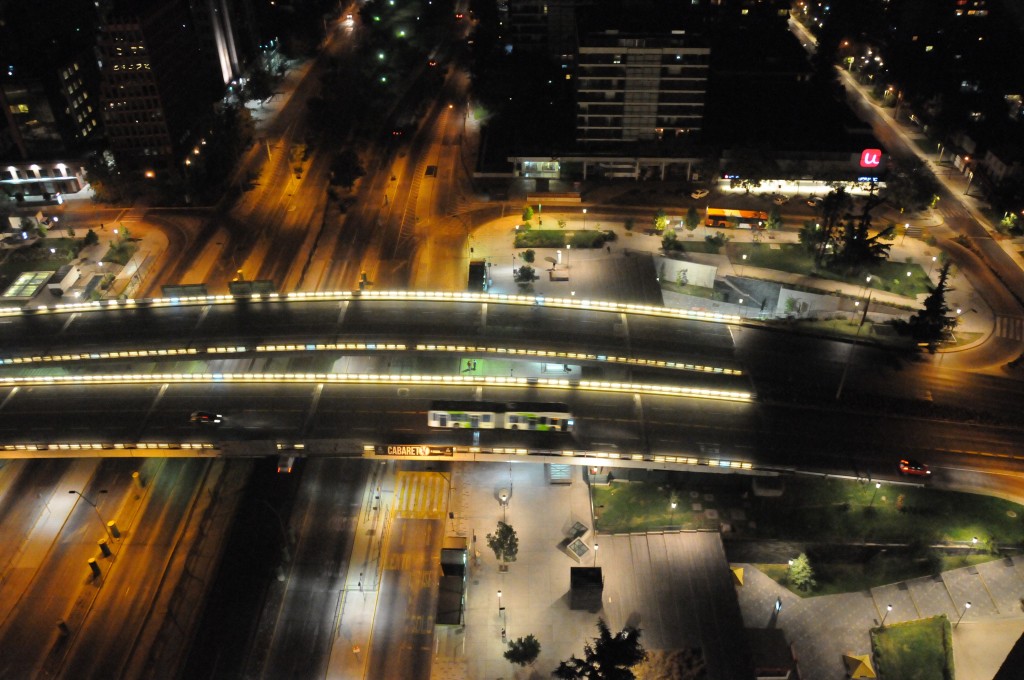 This is night in Santiago, regardless of what the clock says. Also, not my view, but yes, my photo.

About two years ago, I missed a much-anticipated hike. I woke up extra early, had snacks and water and everything packed, and even had my hiking poles in my hand and my hydration backpack strapped on, when the phone rang, (by my estimation at 7:15 AM, giving me plenty of time to get to the meeting spot at 8:00) telling me that I was fifteen minutes late and that the party was getting started without me.

I missed the hike.

And I was so confused. At the time, I had only two functioning clocks, the one on my computer, and the one on my phone, both commandeered/controlled/changed by Apple. There are settings you can change so that the time doesn’t change automatically, but what fun is that, I would have gotten to go on the hike (and not screwed up an incipient friendship, but as you can guess, we might not have been friends anyway, if missing one hike was going to make it go patas arriba).

Once upon a time, The United States and Chile changed our clocks at approximately the same time (and not everyone had a mac, or even a computer or even (gasp) a smartphone. And the US would spring forward (hi US!), and Chile would fall back. Because we are on opposite sides of the equator. Your spring is our fall. I’m sure this is not news to you.

When we changed the clocks on the same day, or before all this SMRT technology fell into our laps, pockets, and sometimes behind the couch (oops), we had to keep track and change our phones and such automatically. But not so these days.

Now your phone changes for you. Ditto the computer. But not necessarily on the day you think it should.

Sometime in March (and I should remember this day, because it was the day I went to a party and Steven made not one but two awesome desserts, and I stayed up way later than is reasonable for me, and walked home from mid Providencia to my apartment in República at 4 AM, and that is far when you have a broken toe, and late at any stage of physical well-being), our clocks hiccupped, giving us an extra hour where none belonged.

We were sitting peacefully on couches and at dining room tables, and I looked at my watch and I had two hours before turning into a pumpkin (2 AM). I looked two hours later, and I had an hour still to go. Because our phone and computer and cell and someone please tell me who is at fault system had zigged when it should have done nothing, and all of our clocks changed. I went home and duly reported it on Facebook to a chorus of “OHHHHH”s and “thank goodness you told me”s. And btw, if you, dear fans have been friending me on FB, please don’t do that unless you know me, find the bearshapedsphere page, thanks.

But we know the drill, we do. Twice a year we do a triple take, check out the hora oficial en Chile page (which sometimes also changes on the wrong date), or in my case, check the super schoolroom tick tock clock I have behind me on the wall, which is not connected to anything other than a double A battery, and which knows not any network, and know what time it is.

But what of our visitors? Twice in the past two weeks I have either personally experienced or heard tale of visitors from foreign lands (NZ and US), who have missed tours, missed meetings, or otherwise confused the bewhosis out of themselves trying to figure out what time it is, because their phones, computers and maybe even their brain chips themselves moved to the “new” (or as I like to call it, fictitious) time.

Right now, today, April 26th, 2012, we are one hour later than NY time (despite what your phone may say if you just landed here). But on Saturday night, oh, Saturday, delightful day with garage sales and free tomato giveaway which I can’t get to because it’s too far and a horseback ride I kind of want to go on and maybe I’ll just skate in circles. Oh yes, I was saying, on Saturday April 28th, 2012, we will fall back, as befits a country plunging into a grey and dank fall. We will be on NY time. And then no one will be confused, or miss any meetings, and I will wake up with and not before the sun again, such as the sun is in the grey of the Santiago fall.

Insert lazy discussion of how this whole time change thing is kind of foolish and how the expression “robbing Peter to pay Paul” in Spanish is “devestir un santo para vestir a otro” (undress one saint to dress another) which just goes to show you how Christianity is in a lot of places you might not expect it to be, even in the US, separation of church and state be darned. Can I get an amen for the separation of state and clock, by chance?